Do the Events of Daniel 8 Trigger the 6th Trump and Presage the Arrival of the Antichrist? 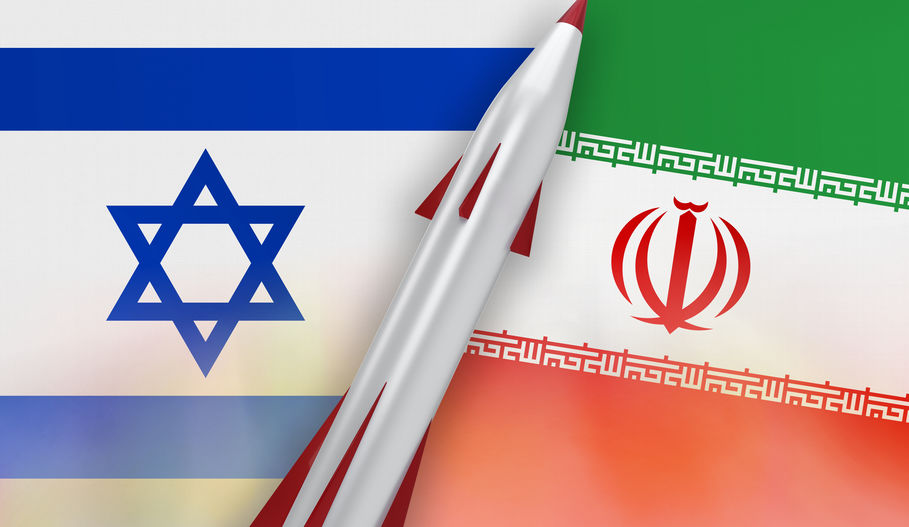 I just read your answer from your last post answering someone’s question from Ezekiel Chapter 38:7.

So then since we are in this crises with Iran right now, do you feel this could be this prophecy being fulfilled that is supposed to happen before the 6th Trump?

I’m not exactly sure what’s supposed to take place between the Ram and the He-Goat. Can you clarify it for me or send me to a place that has a study on it?

Yes. The two best studies to read at this point would be these:

Between those two studies, you’ll get a good, basic overview of the prophetic events described in Daniel chapter 8 and how they relate to us today, with Iran once again being at the center of news and current events.

You asked, “Before Antichrist comes, does Daniel chapter 8 prophecy that Iran is supposed to go to war with Israel?”

No.  Daniel 8 just states that the “he goat” attacks the “ram.”  So we have to identify those two parties.  I believe the ram is easily identified as Persia (i.e., modern-day Iran), for all of the reasons I gave in the first nine paragraphs of my answer to that same question on Ez. 38:7.

But the identification of the “he goat” that attacks Persia/Iran is not known for a certainty at this point in time. It could be Israel.  That’s where I’m watching.  After all, their air force is second to none in the Middle East.

But it could also be the U.S. fighting that war as Israel’s proxy.  It could even be the Saudis.  Or, it could turn out to be a NATO-like coalition of forces from various nations, similar to what we had during the two Gulf Wars.  We don’t know for sure right now.  But we’ll certainly know for sure when we finally see it happen.

So when you see it happen, simply note who’s being attacked, and who’s doing the attacking.  Then you’ll know for sure who the “ram” of Daniel 8 is (i.e., Persia/Iran, based on Daniel 8:1-3), and who the “he goat” of Daniel 8 is, in terms of end-days prophesies.

Keep in mind that historically, Persia was attacked by Alexander the Great, of the Grecian empire, who, at that time, ushered in one of the first “one world” governments, so to speak.  The final attack on Iran/Persia will also usher in one-worldism, as well as Satan’s arrival in his role as the false messiah, as you’ll see clearly when you read the above two studies.

Pastor Murray used to teach that in the end days, the prophetic fulfillment of the attack on Persia/Iran described in Daniel 8 would be carried out by “the Kenites.” But we might just have to wait until the attack actually takes place to find out for sure who the attacker — meaning the “he goat” of Daniel 8 — actually turns out to be.  Don’t forget that Israel has many proxies.

Does This Attach Take Place Before the 6th Trump?

You asked, “Since we are in this crises with Iran right now, do you feel this could be this prophecy being fulfilled that is supposed to happen before the 6th Trump?”

Yes, I have little doubt the ongoing crisis with Iran currently taking place in the Middle East is leading us up to the fulfillment of the prophesies described in Daniel 8, which includes the sounding of the sixth trump and the arrival of the antichrist to this old earth.

Scripturally, you can tell that the attack on Iran/Persia happens just before the sixth trump.  Just read Daniel 8:8-12, where it plainly states that directly after the attack against Iran/Persia described in Daniel 8:1-8, the “little horn” — which is the antichrist — rises up among “four notable ones toward the four winds of heaven.”

So if the “little horn” is on the scene shortly after the attack on Persia/Iran, as the Scripture in Daniel 8 clearly states, then the deadly wound must have happened just previous to his arrival, because, as we’ve previously learned, he comes to heal that deadly wound.

So let’s briefly cover Daniel 8:8-12, below, so we can see for ourselves that Daniel 8 covers the time-period in which Satan will arrive on the scent to pull off his great deception:

Dan 8:8  Therefore the he goat waxed very great: and when he was strong, the great horn was broken; and for it came up four notable ones toward the four winds of heaven.

As you know from Revelation 7, the four winds are held back from blowing until the 12,000 elect of Israel from each tribe, totaling 144,000 Israelites in all, are sealed in their foreheads with God’s prophetic Word of truth (Revelation 7:1-3).

Here, in Daniel 8:8, you see those four winds beginning to blow, soon after the attack on Iran, and soon after the he goat has had his great horn broken.  So at that point in time the sealing of God’s elect would have to be over with, since the four winds have indeed been released.

That clearly lets you know that the “deadly wound” must have already happened by the time-frame of Daniel 8:9 above, as the “little horn”/antichrist is at that point on the scene, here on earth.

As we’ve seen, directly after the he goat attacks Iran/Persia, it then proceeds to lose its “great horn” (or power).  And then the four winds start blowing, and the four stages of one-worldism described in Daniel 7:3-7 begin to unfold, in order, one after the other.

Dan 8:10  And it waxed great, even to the host of heaven; and it cast down some of the host and of the stars to the ground, and stamped upon them.

This is, of course, the work of the antichrist, as described and confirmed in other Biblical passages, such as Revelation 13:5-7.

Dan 8:11  Yea, he magnified himself even to the prince of the host, and by him the daily sacrifice was taken away, and the place of his sanctuary was cast down.

Dan 8:12  And an host was given him against the daily sacrifice by reason of transgression, and it cast down the truth to the ground; and it practised, and prospered.

This is where the antichrist blasphemously announces himself to be “God” and seats himself in the temple of God (II Thessalonians 2:4), meaning he seats himself at the temple mount in Jerusalem, where the deadly wound took place just prior to his arrival.

So the attack on Persia/Iran signals to us that:

In other words, that attack on Persia/Iran represents a profound benchmark that alerts us to the fact that the end-days prophesies regarding one-worldism and Satan’s arrival to this earth in his role as the antichrist, or false messiah, are about to kick into high gear.

So yes, overall, I believe the events in Iran that you see taking place today indeed point toward the prophesy of a massive attack on Persia/Iran, just before the four stages of one-worldism are ushered in, and the antichrist arrives at the fourth stage.

Shortly after Dennis Murray became lead pastor at the Shepherd’s Chapel, he did a very interesting audio and video Bible study titled “Are You Ready?”  I’d say it’s time to review that study, because we appear to be very close to the time of Daniel chapter 8’s prophetic fulfillment, which will indeed be our benchmark of the proverbial “beginning of the end.”