Do You Still Believe Obama Was the Raiser of Taxes of Daniel 11:20? 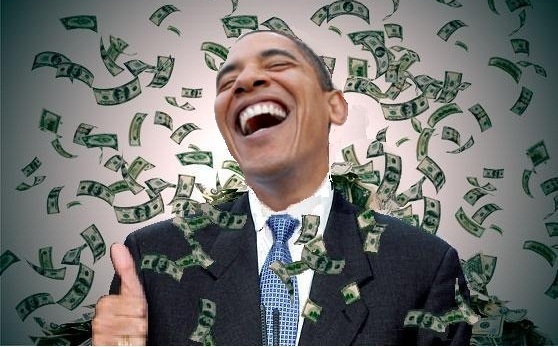 Do You Still Believe Obama Was the Raiser of Taxes of Daniel 11:20?

Steve, do you still believe Obama was the raiser of taxes of Daniel 11:20?  Or should we look for someone else?

No.  I no longer buy into the idea that Obama was the “raiser of taxes.” But that’s just my personal opinion. I don’t like contradicting my teachers. But I just no longer can see how that interpretation of Daniel 11:20 can be true.

We’re taught to think for ourselves, and to not trust any man.  So let’s do just that, and analyze this a bit:

Dan 11:20  Then shall stand up in his estate a raiser of taxes in the glory of the kingdom: but within few days he shall be destroyed, neither in anger, nor in battle.

Dan 11:21  And in his estate shall stand up a vile person, to whom they shall not give the honour of the kingdom: but he shall come in peaceably, and obtain the kingdom by flatteries.

If you read Daniel 11:21, it clearly says that the “vile person” (which we’ve always been taught is the antichrist) stands up “in his estate,” meaning, in the very same office as the raiser of taxes, once the raiser of taxes is taken out of the way.

What’s more, in the Hebrew, there is no “buffer” of time between verses 20 and 21. In other words, verse 21 happens immediately after verse 20. Therefore, whoever the raiser of taxes is, once he’s taken out of the way he’s followed immediately by the antichrist taking over in his place.

So if Obama was indeed the “raiser of taxes” of Daniel 11:20, then Donald Trump, who replaced him in office, would have to be the antichrist — an assertion I simply can’t buy into for at least a dozen Scriptural reasons, each of which I’ll list in a moment.

So we have only two options that I can see:

Option 1.) Obama was not the “raiser of taxes,” since the antichrist didn’t show up and rise to power directly after he stepped down.

Option 2.) Obama was indeed the “raiser of taxes,” and the “vile person” of verse 21 is not the antichrist at all, but instead, Mr. Trump.

If I have to make a choice between those two options, I’d have to choose option #1 above.

I firmly believe verses 21-45 are about the antichrist. And since the antichrist is not yet here, then Obama could not have been the “raiser of taxes.” That’s just something I think we all, finally, have to admit.

Is Trump the Antichrist?

I know there are some folks on several SC-oriented online groups who are claiming that Trump is actually the antichrist, because of the idea that directly after the “raiser of taxes” steps down, the antichrist rises “in his estate” (i.e. in his place, or in his office).

But they’re still going on the notion that Obama was the raiser of taxes.

Well, my taxes — and the taxes of many other Americans — are now higher under Trump than they were under Obama. So I can no longer see Obama as the Biblical “raiser of taxes.”

Pastor Arnold Murray was simply wrong on that issue.  A great man.  A phenomenal Bible teacher.  But wrong on that particular issue. (Again, my opinion.)

As for the small group that believes Trump is, indeed, the antichrist, here are some reasons that simply can’t be true:

No.   In comparison to the antichrist, who will “deceive the whole world,” Trump is just a carnival side-show barker, and con artist salesman who makes grand, swelling promises to his naive base, and then compromises and claims a YUGE victory after each compromise.  It’s called the “Art of the Deal.”

Is the Translation Even Correct?

As a quick aside, the term “raiser of taxes” can also very easily be translated “a bringer of burdens” or “a bringer of tyranny.” In other words, it might not have anything, at all, to do with taxes.

The word translated “taxes” in Daniel 11:20 is the Hebrew word nagas, meaning “to drive,” in the sense of forcefully driving a herd of animals.  It can also mean “to tyrannize” or “to oppress.” It only remotely has anything to do with taxes, except to the extent that taxes, in and of themselves, are oppressive.

Here’s what the definition looks like, in the Strong’s Concordance:

A primitive root; to drive (an animal, a workman, a debtor, an army); by implication to tax, harass, tyrannize: – distress, driver, exact (-or), oppress (-or), X raiser of taxes, taskmaster.

So that term “raiser of taxes” — perhaps more properly translated “bringer of burdens” or “bringer of tyranny” — might just as easily be about some socialist who comes into office and implements tyrannical or oppressive laws (i.e., wage and price controls, political correctness, “hate crime” laws, etc.).

So with that in mind, we might want to consider the crop of Democrat contenders we have coming up for the 2020 political elections, most of whom are hard-core radical socialists who make Obama look like a moderate conservative, by comparison.

In summary, in my opinion, Obama couldn’t have been the Biblical “raiser of taxes” of Daniel 11:20, because when he left office the antichrist didn’t show up directly afterwards.

There’s no room whatsoever in the Hebrew, for a space of time between Daniel 11:20 and Daniel 11:21.  The arrival of the antichrist absolutely must directly follow the raiser of taxes when he leaves the scene.

And since the antichrist didn’t show up after Obama left, Obama simply could not have been the Biblical “raiser of taxes.”  (Again, that’s only my opinion, based on current events and my understanding of the Biblical Hebrew in those verses.)

I hope that makes sense.

One Final Interesting Point:
Might the “Raiser of Taxes” Be in Israel?

I know that Pastor Arnold Murray always taught that Obama was the raiser of taxes.  But since the antichrist must, by Scripture, follow the raiser of taxes into office, it stands to reason those verses in Daniel 11:20-21 could be about something that happens in the Middle East land of Israel, and not in the “true Israel” of the western Christian nations.

We know that when antichrist arrives, he goes straight to Jerusalem and seats himself “in the temple of God, shewing himself that he is God” (II Thessalonians 2:4).

Right?  He doesn’t come to the United States, and rule from here.  He goes to Jerusalem, because he’s pretending to be God, and Mt. Zion in Jerusalem is where God’s throne will be.

So it follows, in my mind, at least, that the so-called “raiser of taxes” might also be someone ruling in the Middle East land of Israel, since the Scripture in Daniel 11:20-21 very clearly says that the raiser of taxes is followed immediately into office (i.e., “in his estate shall stand up”) by the antichrist.

I don’t say this to add any further confusion to the issue.  But it’s another possibility we have to at least keep tucked away in the backs of our minds.  Indeed, it’s something I’ve been thinking about for years now.

Maybe, for example, we’ll see someone replace Netanyahu in Israel, and he (or she) will turn out to be a real despot who rules ruthlessly and tyrannically over the people there (i.e., as a bringer of burdens).

Then, when that person is taken out of the way, the antichrist himself — Satan in his role as the false messiah — would show up in Jerusalem and take his place as ruler over Israel.

All I know for a certainty is that we’ll know it when we see it happen.

As St. Paul once wrote:

1Corinthians 13:12 — For now we see through a glass, darkly; but then face to face: now I know in part; but then shall I know even as also I am known.

In other words, extrapolating on that verse, some of the prophetic parts of Scripture are not yet crystal clear to us, but instead, are like looking at events through a dark piece of glass.  It’s hard to make out the fine details. So until the prophetic events actually happen, they’re not fully clear to us.

But…once the prophetic events finally unfold and become a reality, it quickly becomes crystal clear to us, because we’re seeing it “face to face” and not through a dark glass.

I take much comfort in that knowledge.