How Can I Prove Cain Was the Son of Satan Without Having to Teach an Entire Bible Study? 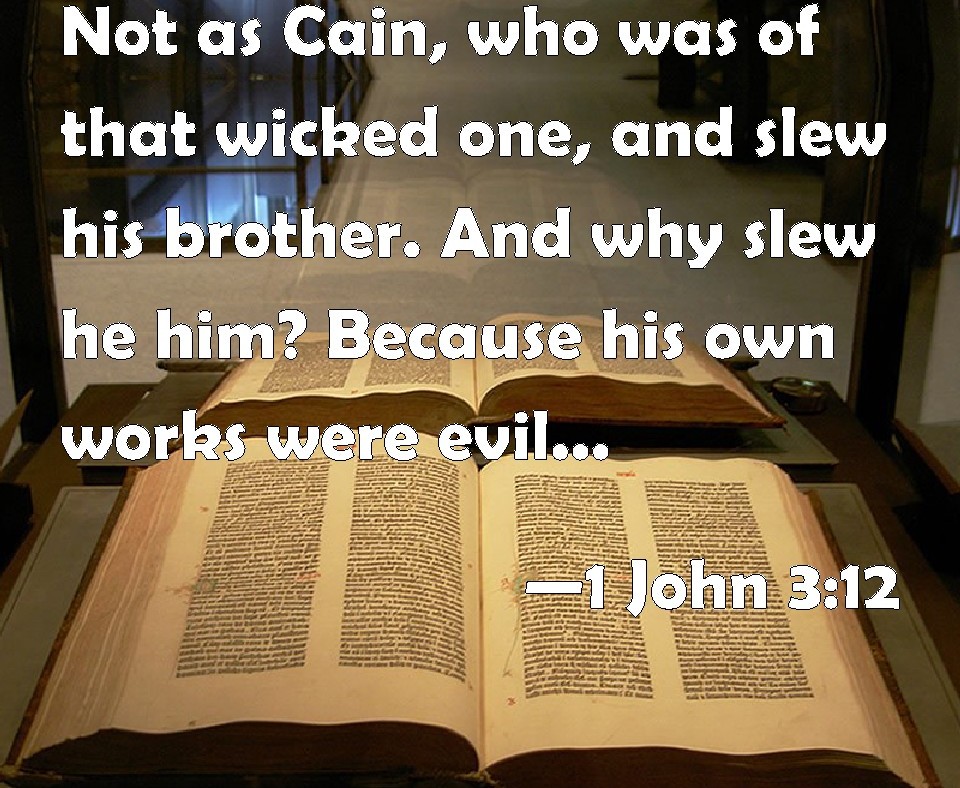 How Can I Prove Cain Was the Son of Satan Without Having to Teach an Entire Bible Study?

Help me out, please. I need Scripture for Cain being born of the devil and not of Adam. I know there’s a verse somewhere that says Cain is of his father the devil.  But I can’t find it.  I don’t want to have to teach an entire Bible study on this subject.  I just need a single verse that demonstrates this fact.

1 John 3:12 is a good verse for demonstrating the fact that Cain was the progeny of Satan.  Let’s take a look:

1Jn 3:12  Not as Cain, who was of that wicked one, and slew his brother. And wherefore slew he him? Because his own works were evil, and his brother’s righteous.

Some Christians will try to say that verse simply means Cain chose to follow the wicked one, which is to say, the devil. But in the original Greek manuscripts from which that verse was translated, it doesn’t say that at all. In the original manuscripts, the language is much more specific, and impossible to generalize.

As Dr. Bullinger notes in Appendix 104 of the Companion Bible, that word “of” used in that verse is translated from the Greek word ek, which is “genitive of origin,” meaning it denotes the actual origin of the subject, which in this case is Cain.  So Cain’s actual origin was “that wicked one.”  He was Satan’s child, not Adam’s.  Here’s the definition of that word “of,” from the Strong’s Concordance:

A primary preposition denoting origin (the point whence motion or action proceeds), from, out (of place, time or cause; literally or figuratively; direct or remote): – after, among, X are, at betwixt (-yond), by (the means of), exceedingly, (+ abundantly above), for (-th), from (among, forth, up), + grudgingly, + heartily, X heavenly, X hereby, + very highly, in, . . . ly, (because, by reason) of, off (from), on, out among (from, of), over, since, X thenceforth, through, X unto, X vehemently, with (-out). Often used in composition, with the same general import; often of completion.

And as Dr. Bullinger points out in The Companion Bible, it denotes “the more immediate origin.” 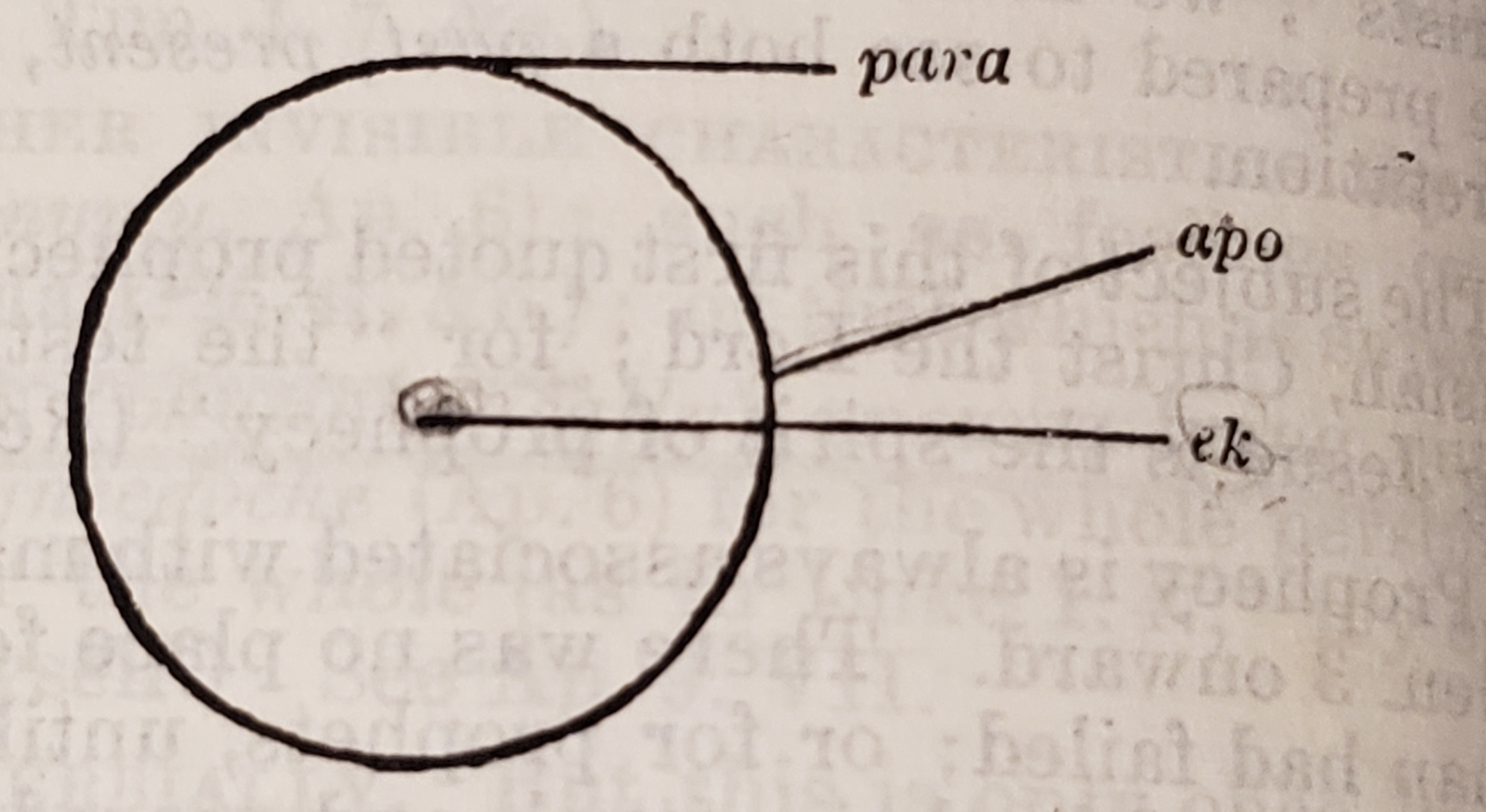 And by the way, Christ used that very same Greek word, ek, when he was speaking to the false Jews (i.e., the Kenites, or sons of Cain) in John 8:44:

John 8:44 Ye are of your father the devil, and the lusts of your father ye will do. He was a murderer from the beginning, and abode not in the truth, because there is no truth in him. When he speaketh a lie, he speaketh of his own: for he is a liar, and the father of it.

Once again, the word translated “of” in that verse is the Greek word ek, meaning it denotes the actual origin of the subject matter being spoken of.  So the false Jews (sons of Cain) Christ was debating with were of the devil’s genetic bloodline.

So there you have two separate New Testament witnesses to the fact that Cain and his progeny, the false Jews, originated through Satan.

Another way to hammer the point home fairly quickly is to point out that Cain is not in Adam’s genealogy, which you can find in Genesis 5:1-32.

Some folks will try to claim that because Cain murdered Abel (becoming the “murderer from the beginning” of John 8:44, above) he was left out of Adam’s genealogy. But that’s just a lame speculation with no basis in fact whatsoever, and no Biblical second witness.

Others will try to counter by saying that Abel, too, is not in Adam’s genealogy.  But a genealogy is a record of lineage, meaning of those who had children that could carry on their specific bloodline.  And Abel was murdered by Cain before he could have children. Thus, Abel doesn’t appear in Adam’s genealogy because he had no progeny.  In other words he didn’t contribute to the ongoing lineage, so he’s not listed in it.

And why is Cain’s genealogy listed separately from Adam’s?  Because Cain was Satan’s son, and not Adam’s.  He was a hybrid, a mix between Satan and Eve.  So he has his own separate genealogy, which, in reality, is the earthly (i.e., flesh) genealogy of Satan and his children.

If you or your friend would like to learn more about this subject, which is quite intriguing, indeed, consider reading the more detailed Bible study, A Strange Thing:  Mystery in the Garden.