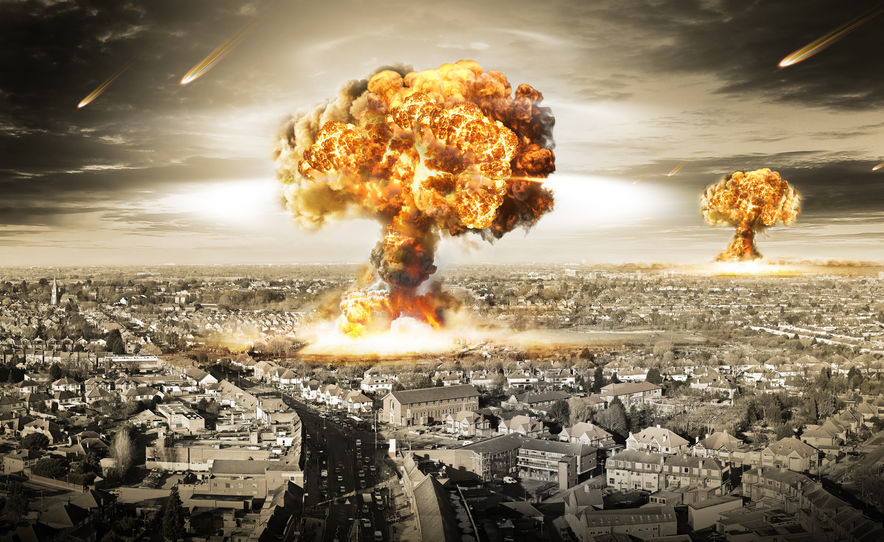 Hi Steve, I appreciate your zeal for our Father.  I know He does as well…Our Father is good to us if we use what He gives us to honour Him.

I see you identify the Ram in Daniel 8 as Persia. Just wondering how Persia can be part of Russia’s company that attacks Israel just before the 7th trump in Ezekiel 38, if Persia is destroyed before the 6th trump? Russia, in Ezekiel 38:7 is told to be a guard unto Persia.

Great question.  Let’s go through this one point at a time:

First, I don’t identify the ram in Daniel 8 as Persia.

God’s Word, however, does identify the ram as Persia, geographically speaking. You’ll find that in Daniel chapter 8:1-3.  And I simply accept God’s Word on the matter.  As it’s written:

Dan 8:3  Then I lifted up mine eyes, and saw, and, behold, there stood before the river a ram which had two horns: and the two horns were high; but one was higher than the other, and the higher came up last.

So Daniel himself identifies the geographical location of the attack as being “by the river Ulai,” “which is in the province of Elam,” at the administrative capital city (of that time) of “Shushan.”

All three of those geographical locations — the river Ulai, the province of Elam, and the palace at Shushan — are located geographically within the boundaries of the old Medo-Persian empire.

So, geographically-speaking, we’re clearly told by Daniel that the attack will be upon Persian soil.  We’re even told the name of the river (i.e., Ulai) at which the “ram” stands when it’s attacked.  The Ulai River is located to this very day inside western Iran, about 30 miles from the Iraq border.

Now, if, in these end days, some other country (i.e. other than Iran/Persia) is destined to fulfill the role of the ram of Daniel 8, the Scripture does not say so.  If it turns out differently, I’ll make adjustments to my understanding.  But for now, I’ll stick with what’s abundantly clear from the Scriptures, until I see differently.  And that’s that the coming attack described prophetically in Daniel 8 will be on the nation of Persia/Iran.

At this point in time, with U.S. troops heading back into the Middle East specifically because of Iran, it looks like the Daniel 8 prophesy of an attack on “the ram” will indeed once again be fulfilled in Persia/Iran, just as it was in Daniel’s time when Alexander the Great of Greece attacked the Medo-Persian Empire and conquered it (i.e., Daniel 8:20).

Will Persia/Iran Be “Destroyed” in the Coming Attack?

With all of that as background, let’s now go back to your original question in which you posited that Persia/Iran would be destroyed.  Does Daniel 8 tell us that Persia will be “destroyed” (as in no Persians left alive) in this coming attack?

No.  Daniel 8 simply tells us that Persia will not have the power to withstand the attack against it by the he goat, and that its power structure will be broken by the he goat.

It doesn’t say Persia will be “destroyed.”  It only says “there was no power in the ram to stand (i.e., militarily) before him,” and “there was none that could deliver the ram out of his hand.”

So Iran’s army probably gets wiped out.  Possibly their industrial capacity, too.  And most certainly their nuclear enrichment plants.  And once that attack takes place, no other army in the Middle East will be able to successfully intervene, according to the Scripture.  As it’s written:

Dan 8:7  And I saw him come close unto the ram, and he was moved with choler against him, and smote the ram, and brake his two horns: and there was no power in the ram to stand before him, but he cast him down to the ground, and stamped upon him: and there was none that could deliver the ram out of his hand.

Poor old Iran.  They lose.  And no one has the stones, or the will, to come to their aid.

But we still don’t know how many people will be left in Persia/Iran after the attack takes place.  Will there be enough people left in Persia for that nation to join with Russia in its attack on God’s People just before the 7th trump, as described in Ezekiel 38:7?  Let’s use a little reasoning here:

How Many Persians Will Die in the Attack of Daniel 8?

The likelihood is that Iran’s infrastructure — it’s military and industrial capacity — will be targeted and crippled, rather than civilian populations.

I believe that’s why Daniel 8:7 emphasizes that the two horns on the ram will be broken by the he goat. Horns are generally put for power, in the Bible.  So it’s the power structure of the country that’s going to be utterly defeated/broken.  The nation itself, and its population, will survive.

Consider the fact that there are nearly 82 million people living in Iran today.  That’s the second largest country in the Middle East, next to Egypt which has 98 million citizens (compared to Israel’s relatively paltry 9 million citizens).

So let’s look at the bigger picture for a moment:

The U.S. has been at war in the Middle East since shortly after 9/11/2001. That’s some 19 years.  And it’s estimated that in all of that fighting, some 26,000 bombs per year have been dropped by the U.S. military, or its allies, on seven different Mideast nations.

That’s nearly a half million bombs that have been dropped by our military and its allies over a period of 19 years.  And to date, it’s estimated that about 500,000 people have been killed, with only 244,000 of them being civilians and 256,000 being military.

Even if you accept some of the higher death toll estimates of 2 million deaths caused by our military and its allies in the Middle East over the last 19 years, and apply that larger death toll estimate to the coming attack on Iran, you can see that the attack isn’t likely to kill anywhere near the bulk of its 82 million citizens.  Not even close.

Indeed, even if a staggering 2 million Iranians were to be killed in the coming attack, which is highly unlikely, that would still leave some 80 million Iranian citizens alive and kicking.

And even if a few Iranian cities are nuked in the attack, which is very doubtful, the death toll won’t be that bad compared to the country’s 82 million population.  After all, when we dropped the H-bombs on Hiroshima and Nagasaki, only about 180,000 to 250,000 people died in the direct aftermath.

Then Japan surrendered.  They didn’t disappear from the face of the earth, as a people or a nation.  They’re still here to this very day.  Conquered.  But still alive and kicking, and doing just fine.

Likewise, the massive population of Persia will largely remain intact after the attack described in Daniel 8.  But the country’s power structure will be obliterated.

And that’s why Persia will be able to join with Russia and others later, just before the 7th trump, in that final attack against God’s People that’s described in Ezekiel 38.  The Persians/Iranians will still be around.  As it’s written:

Eze 38:2  Son of man, set thy face against Gog, the land of Magog, the chief prince of Meshech and Tubal, and prophesy against him,

Eze 38:3  And say, Thus saith the Lord GOD; Behold, I am against thee, O Gog, the chief prince of Meshech and Tubal:

Eze 38:4  And I will turn thee back, and put hooks into thy jaws, and I will bring thee forth, and all thine army, horses and horsemen, all of them clothed with all sorts of armour, even a great company with bucklers and shields, all of them handling swords:

Eze 38:5  Persia, Ethiopia, and Libya with them; all of them with shield and helmet:

Eze 38:7  Be thou prepared, and prepare for thyself, thou, and all thy company that are assembled unto thee, and be thou a guard unto them.

Eze 38:8  After many days thou shalt be visited: in the latter years thou shalt come into the land that is brought back from the sword, and is gathered out of many people, against the mountains of Israel, which have been always waste: but it is brought forth out of the nations, and they shall dwell safely all of them.

Eze 38:9  Thou shalt ascend and come like a storm, thou shalt be like a cloud to cover the land, thou, and all thy bands, and many people with thee.

That final war is coming, just before the 7th trump.  But first we have to see the attack on Persia/Iran take place, as described in Daniel 8.  Then the deadly wound is given, which ushers in the 6th trump and Satan’s arrival.

Don’t forget that at the 6th trump, Satan comes to heal the deadly wound at Jerusalem.  But when Satan arrives to heal that deadly wound, he then sets up his one-world “beast” system.  Right?

So, whatever is left of Persia at that time, will basically be restored to power and integrated within Satan’s global beast system.

Otherwise, Persia could not join with Russia and the others for the attack against God’s People in Ezekiel 38, which, as you know, occurs at the very end of Satan’s brief reign on this earth, just before Christ’s Second Advent at the seventh trump.

So, finally, to answer your question, Ezekiel 38:7 (which states that Persia joins with Russia and the Arabs to attack God’s People just before the 7th trump), actually proves that the nation of Persia (i.e., Iran) survives the attack described in Daniel chapter 8.

The attack on Persia just before the 6th trump destroys its rulership…its power structure.

But the country and its people will still exist.