Is Antichrist Actually Satan Himself, Or Is He Merely a Man Possessed by Satan? 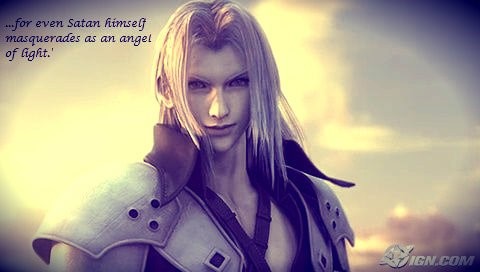 Dear Steve…I am 75 years old and new to all these end time teachings of the Bible. Reason for that is was catholic most of my life. It was not a requirement for catholic’s to read or study the Bible.

Is satan coming down to earth in person to be the antichrist or is he going to enter into some political figure like he did with Judas? Possibly Trump? In all my years I’ve never seen a president worshipped as a god the way Trump is, even by my Christian friends. They call him their savior.

I’m just very confused as to the end time set of beliefs. It’s not that I don’t believe them just don’t understand them very well. I pray to our Father for wisdom and understanding and He led me to your website. I will check out all your Bible study articles and thank you so very much for the wealth of material your site contains. God bless you! — Toni

I’m thrilled to hear Father led you to the Have Ye Not Read website.  So, welcome aboard, from a fellow former Catholic.  (As a young child in Catholic school, I was actually told by my priest NOT to read the Bible at all.  He told me if I wanted to know anything about the Bible, or about God, I should just ask him.)  So, I left that nonsense behind at age 16.

Anyone who tries to restrict you from reading and understanding the Bible, should not be paid attention to.  The Bible is God’s letter of love to you, explaining how to live this life, how to get through this life without succumbing to the ways of the world, and what to expect from His adversaries as we live life God’s way instead of the world’s way.  It should be read by every person on this earth.

In fact, the Bible tells us to “keep God’s Word.”  Well, you have to know God’s Word in order to keep it.  Right?  And that requires regular study.  As it’s written:

2 Timothy 2:15 Study to shew thyself approved unto God, a workman that needeth not to be ashamed, rightly dividing the word of truth.

See my Bible study on the true meaning of “Keep God’s Word” at this link:

The Antichrist is Satan and NOT a Flesh Human

To answer your question, the Bible tells us that Satan gets booted out of heaven in these end days, and comes to this earth (along with his fallen angels) just before Christ’s Second Advent:

Rev 12:10  And I heard a loud voice saying in heaven, Now is come salvation, and strength, and the kingdom of our God, and the power of his Christ: for the accuser of our brethren is cast down, which accused them before our God day and night.

As you can see, Satan gets kicked out of heaven and comes to this earth just before Christ’s Second Advent.  His purpose is to “deceive the whole world.”  That’s his goal.  To deceive as many people as possible into believing he’s the Savior, so they won’t have salvation when Christ arrives.

He’ll even do great miracles in order to make people think he’s the Lord.  As it’s written:

Rev 13:13  And he doeth great wonders, so that he maketh fire come down from heaven on the earth in the sight of men,

So, make no mistake about it. This is a supernatural being, and not some man that’s been possessed by the devil.

In II Thessalonians 2:1-4, Satan is referred to as “that man of sin, the son of perdition”.  And we’re told there, too, that he will personally come to this earth.  We also learn in these verses that he’ll seat himself in the temple of God, pretending to be God:

2Th 2:1  Now we beseech you, brethren, by the coming of our Lord Jesus Christ, and by our gathering together unto him,

As you can see, we’re told in those verses that just before Christ’s Second Advent, Satan will “seat himself in the temple of God, shewing himself that he is God.”

In other words, shortly before Christ’s Second Advent, Satan himself comes to this earth in place of Jesus Christ.  (In the ancient Greek language, from which the New Testament is written, the word “antichrist” does not mean “against Christ,” but “instead of Christ,” or more accurately, “in Christ’s stead.” In other words, Satan comes as the false messiah.)

As St. Paul tells us in 2 Corinthians 11:14, Satan comes “transformed into an angel of light.” As it’s written:

2 Corinthians 11:14  And no marvel; for Satan himself is transformed into an angel of light. 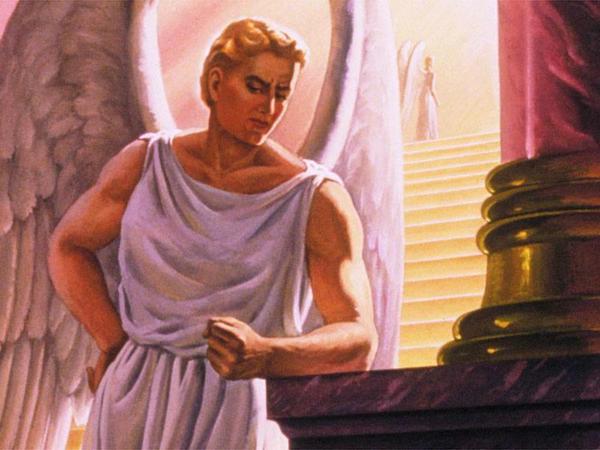 Of course, angels don’t actually have wings.  But Satan will be as handsome as we’d expect Jesus to be.

In other words, when he gets here, he’s disguised as THE Light, Jesus Christ.

Yes, Satan will come to this earth in order to play the role of the messiah, in an attempt to deceive the world into worshiping him as their God.  Just about every religion on earth is waiting for some kind of messiah to arrive.  Satan will attempt to be that messiah, to all religions.

Satan apparently thinks he can displace God.  He thinks that from this earth, he can take on God, beat him, and then, after winning, take God’s place both in heaven and on earth.  As the Scripture tells us of old Satan and his goals:

Isaiah 14:13  For thou hast said in thine heart, I will ascend into heaven, I will exalt my throne above the stars of God: I will sit also upon the mount of the congregation, in the sides of the north:

So, he thinks he’s going to come to this earth, deceive the world into worshiping him, then fight God and beat Him, and take God’s place both in heaven and on earth.

Rev 19:11  And I saw heaven opened, and behold a white horse; and he that sat upon him was called Faithful and True, and in righteousness he doth judge and make war.

Rev 19:12  His eyes were as a flame of fire, and on his head were many crowns; and he had a name written, that no man knew, but he himself.

Rev 19:13  And he was clothed with a vesture dipped in blood: and his name is called The Word of God.

Rev 19:14  And the armies which were in heaven followed him upon white horses, clothed in fine linen, white and clean.

Rev 19:15  And out of his mouth goeth a sharp sword, that with it he should smite the nations: and he shall rule them with a rod of iron: and he treadeth the winepress of the fierceness and wrath of Almighty God.

Rev 19:16  And he hath on his vesture and on his thigh a name written, KING OF KINGS, AND LORD OF LORDS.

Rev 19:17  And I saw an angel standing in the sun; and he cried with a loud voice, saying to all the fowls that fly in the midst of heaven, Come and gather yourselves together unto the supper of the great God;

Rev 19:19  And I saw the beast, and the kings of the earth, and their armies, gathered together to make war against him that sat on the horse, and against his army.

Rev 19:20  And the beast was taken, and with him the false prophet that wrought miracles before him, with which he deceived them that had received the mark of the beast, and them that worshipped his image. These both were cast alive into a lake of fire burning with brimstone.

Rev 19:21  And the remnant were slain with the sword of him that sat upon the horse, which sword proceeded out of his mouth: and all the fowls were filled with their flesh.

So, Christ’s Second Advent takes place shortly after Satan’s great deception on this earth, and at that point Satan is seized and thrown into the pit by Michael the Archangel:

Rev 20:1  And I saw an angel come down from heaven, having the key of the bottomless pit and a great chain in his hand.

Rev 20:2  And he laid hold on the dragon, that old serpent, which is the Devil, and Satan, and bound him a thousand years,

Rev 20:3  And cast him into the bottomless pit, and shut him up, and set a seal upon him, that he should deceive the nations no more, till the thousand years should be fulfilled: and after that he must be loosed a little season.

And, of course, at the end of the one thousand year jail sentence, Satan is released from the pit, to go forth one last time to try to deceive the people after they’ve had 1,000 years worth of discipline and teaching from Christ Himself.  And that’s Satan’s final mistake.  As it’s written:

Rev 20:7  And when the thousand years are expired, Satan shall be loosed out of his prison,

Rev 20:8  And shall go out to deceive the nations which are in the four quarters of the earth, Gog and Magog, to gather them together to battle: the number of whom is as the sand of the sea.

Rev 20:9  And they went up on the breadth of the earth, and compassed the camp of the saints about, and the beloved city: and fire came down from God out of heaven, and devoured them.

Rev 20:10  And the devil that deceived them was cast into the lake of fire and brimstone, where the beast and the false prophet are, and shall be tormented day and night for ever and ever.

The first verse above proves beyond any shadow of a doubt that it’s Satan, and not some man, who comes to this earth and deceives the world into worshiping him.  And the rest of the passage lets us know that he loses, in the end.

That’s the capsule version of the story.  By necessity, a lot of details have to be left out.  But they’re covered in many other studies on the Have Ye Not Read website (www.HaveYeNotRead.com).

Be sure to read the Bible study titled “The Four Parts of God’s Plan,” which you get free when you sign up to receive updates from the Have Ye Not Read website.  That Bible study will be sent to you by email when you sign up.  That study summarizes God’s entire plan, and how it’s going to play out.  It gives you a good overview.

After reading that study, consider reading the study titled, “God’s Purpose,” which you can find on the Have Ye Not Read website, here:

Those studies will help you a lot, in terms of giving you a bit of a head start that will help you better understand many of the other studies on the Have Ye Not Read website, as well as what to expect as we move deeper into these end days.

If you have any other question, feel free to let me know.  I can’t answer every question, because of time constraints.  But I’ll do my best.