Is the Book of Enoch Scriptural, and Are There Bad Versions? 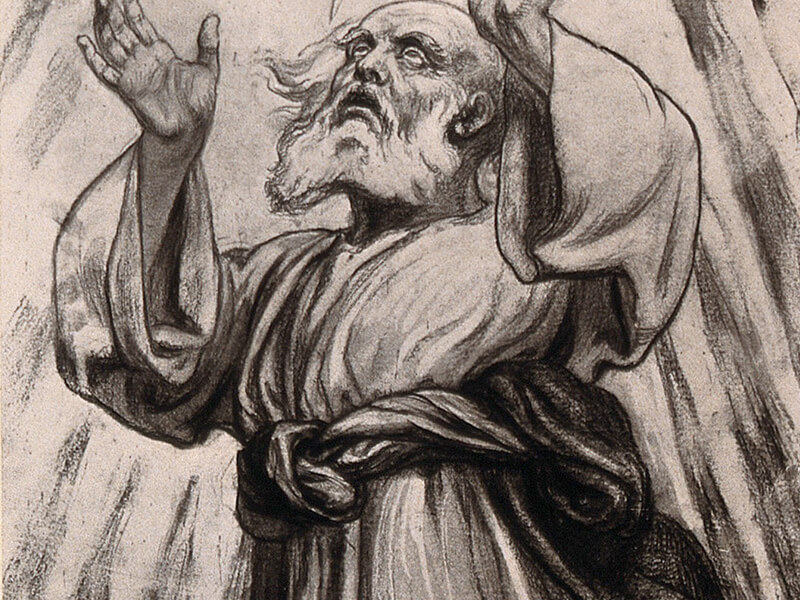 Question:  Steve, is the book of Enoch a Scriptural book?   That is to say, is it accurate, Biblically.  And are there bad versions?  I seem to remember Pastor Murray warning against some versions of this book.

I’m not an expert on the book of Enoch.  But I have read it several times, and can tell you that the book of Enoch gives Bible students a much broader and far more detailed view of a crucial subject the Old Testament only briefly touches on, which is to say, the account in Genesis chapter 6 of the fallen angels coming to earth and intermixing sexually with the daughters of Adam, producing a race of hybrid giants who were wicked in all of their deeds.

This book was around long before Christ’s day. It was widely accepted by Christ’s followers. In fact, both Christ’s half-brother Jude (Jude 1:14-15) and St. Peter (II Peter 2:4) quoted from or paraphrased material directly from the Book of Enoch.  And Christ Himself indirectly quoted from it, or paraphrased sections of it.

Indeed, in the New Testament books of I & II Peter and Jude, there are as many as 30 quotes and paraphrases from the book of Enoch, along with allusions and references to it.  In just a moment, I’ll cover a few of those quotes, paraphrases, references and allusions so you can see them for yourself.

But first, as R.H. Charles wrote in the introduction to his translation of the book of Enoch:

“Nearly all the writers of the New Testament were familiar with it [i.e., the book of Enoch], and were more or less influenced by it in thought and diction.  It is quoted as a genuine production of Enoch by St. Jude, and as Scripture by St. Barnabas.

The authors of the Book of Jubilees, the Apocalypse of Baruch, and 4 Ezra, laid it under contribution.  With the earlier church fathers and apologists it had all the weight of a canonical book.”

In other words, not only were the New Testament writers like Peter and Jude and others familiar with and very much accepting of the book of Enoch, they attributed it to Enoch himself (unlike some “higher critics” who argue it was authored by numerous people) and accepted it as Scriptural.

Indeed, the earliest literature of the so-called Church Fathers is filled with references to the book of Enoch.  The early second century “Epistle of Barnabus” makes much use of the Book of Enoch.

Second and Third Century church fathers such as Justin Martyr, Irenaeus, Origin and Clement of Alexandria all make use of the Book of Enoch in their teachings. Tertullian (160-230 C.E) even called the Book of Enoch “Holy Scripture.”

The Ethiopic Church even added the Book of Enoch to its official canon. It was widely known and read the first three centuries after Christ. This, and many other books became discredited after the Council of Laodicea. And being under ban of the authorities, afterwards it gradually passed out of circulation, only to be brought back to the attention of Christians in the final days of this flesh earth age, as we await the arrival of Satan and his fallen angels in accord with Revelation 12:7-9.

There are indeed some bad translations of the book of Enoch, so you have to be careful which one you purchase.

Most scholars accept the translations from the Ethiopic text as being the best.  The English version translated by Richard Laurence, LL.D., is widely considered to be a decent version.  It’s generally considered wise to avoid later, more fanciful versions such as II Enoch or the “Secrets of Enoch.”

As background, it was in the year 1768 that the Scotsman, James Bruce, sojourned to Ethiopia and found three copies of the book (scroll) of Enoch there, which were said to have been preserved for some 13 centuries.

He brought these three copies to the British Museum, where they languished on the storage shelves for half a century before finally being translated by Richard Laurence, the then-Archbishop of Cashell and Professor of Hebrew at the University of Oxford.

In 1948, seven Aramaic copies of the book of Enoch surfaced among the Dead Sea Scrolls (4Q201-2, 204-12) including the very words of Enoch found in Jude 14.  Virtually all authorities hold these Aramaic copies to be considerably older than the New Testament book of Jude, thus negating the “higher critic” argument that someone wrote the book of Enoch at a much later date, and simply used quotes from Peter and Jude to make it sound realistic.

In addition to the Richard Laurence translation, there’s also the translation by Dr. R.H. Charles of the British Academy.

Examples of Quotes and References in the New Testament

Jude 1:14-15 — And Enoch also, the seventh from Adam, prophesied of these [men], saying, Behold, the Lord cometh with ten thousands of his saints, To execute judgment upon all, and to convince all that are ungodly among them of all their ungodly deeds which they have ungodly committed, and of all their hard speeches which ungodly sinners have spoken against him.

Enoch 1:9 — And behold! He cometh with ten thousands of ⌈His⌉ holy ones To execute judgement upon all, And to destroy ⌈all⌉ the ungodly: And to convict all flesh Of all the works ⌈of their ungodliness⌉ which they have ungodly committed, And of all the hard things which ungodly sinners ⌈have spoken⌉ against Him.

Jude 1:6 — And angels who did not keep their own domain, but abandoned their proper abode, he has kept in eternal bonds under darkness for the judgment of the great day.”

1 Enoch 12:4 — Go and make known to the Watchers of heaven who have abandoned the high heaven, the holy eternal place, and have defiled themselves with women.

1 Enoch 15:3, 7 — For what reason have you abandoned the high, holy, and eternal heaven; and slept with women and defiled yourselves with the daughters of the people….I did not make wives for you for the proper dwelling place of spiritual beings of heaven is heaven.

1 Enoch 10:11-12 — Bind Semjaza and the others who are with him, who fornicated with the women, that they will die together with them in all their defilement…Bind them for seventy generations underneath the rocks of the ground until the day of their judgment and of their consummation, until the eternal judgment is concluded.

2 Peter 2:4 — For God did not spare the angels when they sinned, but cast them into hell [i.e. Tartarus] and committed them to pits of darkness, reserved for judgment.

Even Christ Jesus alluded to, or paraphrased from, the Book of Enoch.  Here are just a few examples:

Matthew 5:5 — Blessed are the meek, for they shall inherit the earth.

Enoch 5:7 {6:9} — The elect shall possess light, joy and peace, and they shall inherit the earth.

John 5:22 — For the Father judgeth no man, but hath committed all judgment unto the son.

Enoch 69:27 — The principal part of the judgment was assigned to him, the Son of man.

Luke 6:24 — Woe unto you that are rich! for ye have received your consolation.

Enoch 94:8 — Woe to you who are rich, for in your riches have you trusted; but from your riches you shall be removed.

Bible students have discovered some 30 more quotes from, or allusions to the book of Enoch in the New Testament, demonstrating that it was not only a well-known book to the writers of the New Testament, but was considered truthful enough to be quoted from, paraphrased or otherwise alluded to.

The bottom line is that the book of Enoch was accepted as a factual and historically worthy book in the time of Christ and the apostles, and afterwards by many church fathers, and was even directly quoted from, alluded to or directly paraphrased, in the New Testament.

The book of Enoch even names the main fallen angels involved in the seduction of the daughters of Adam, which is much only briefly described in Genesis chapter 6.

What’s more, the book of Enoch claims that one of these 200 fallen angels that came to earth was the same angel who seduced Eve in the Garden of Eden.  Very much worth reading, even though some of it is a bit difficult to understand.

To conclude, just for fun, compare Genesis 6:1-4 with the following passage from the Enoch chapter 6:

Enoch 6:1-6 — And it came to pass when the children of men had multiplied that in those days were born unto them beautiful and comely daughters. And the angels, the children of the heaven, saw and lusted after them, and said to one another: ‘Come, let us choose us wives from among the children of men and beget us children.’ And Shemihazah, who was their leader, said unto them: ‘I fear ye will not indeed agree to do this deed, and I alone shall have to pay the penalty of a great sin.’ And they all answered him and said: ‘Let us all swear an oath, and all bind ourselves by mutual imprecations not to abandon this plan but to do this thing.’ Then sware they all together and bound themselves by mutual imprecations upon it. And they were in all two hundred. (I Enoch 6:1-6, translated by R.H. Charles, 1912).

Gen 6:1-7 —  And it came to pass, when men began to multiply on the face of the earth, and daughters were born unto them, That the sons of God saw the daughters of men that they were fair; and they took them wives of all which they chose. And the LORD said, My spirit shall not always strive with man, for that he also is flesh: yet his days shall be an hundred and twenty years. There were giants in the earth in those days; and also after that, when the sons of God came in unto the daughters of men, and they bare children to them, the same became mighty men which were of old, men of renown. And GOD saw that the wickedness of man was great in the earth, and that every imagination of the thoughts of his heart was only evil continually. And it repented the LORD that he had made man on the earth, and it grieved him at his heart. And the LORD said, I will destroy man whom I have created from the face of the earth; both man, and beast, and the creeping thing, and the fowls of the air; for it repenteth me that I have made them.

So you can see how the book of Enoch confirms and even augments Old Testament scripture on the subject of the fallen angels coming to earth and mating with the daughters of Adam.

Plus, it’s quoted from, paraphrased or otherwise alluded to in the New Testament to let us know that it was widely accepted as true and good in the time of Christ, as well as afterwards by the church fathers.

The opening verses of the Book of Enoch tell us that the revelations in this book were not meant for Enoch’s generation, but instead, for a remote generation that would come later.  It was concealed for centuries. But in this final generation, particularly after copies of the book were found among the Dead Sea Scrolls, it has once again begun to be taken seriously, particularly by the elect for whom I believe it was written.

Enoch 1:1-3 — The words of the blessing of Enoch, wherewith he blessed the elect and righteous, who will be living in the day of tribulation, when all the wicked and godless are to be removed. And he took up his parable and said, Enoch a righteous man, whose eyes were opened by God, saw the vision of the Holy One in the heavens, which the angels showed me, and from them I heard everything, and from them I understood as I saw, but not for this generation, but for a remote one which is for to come.