Is There a Difference Between the Called and the Chosen? 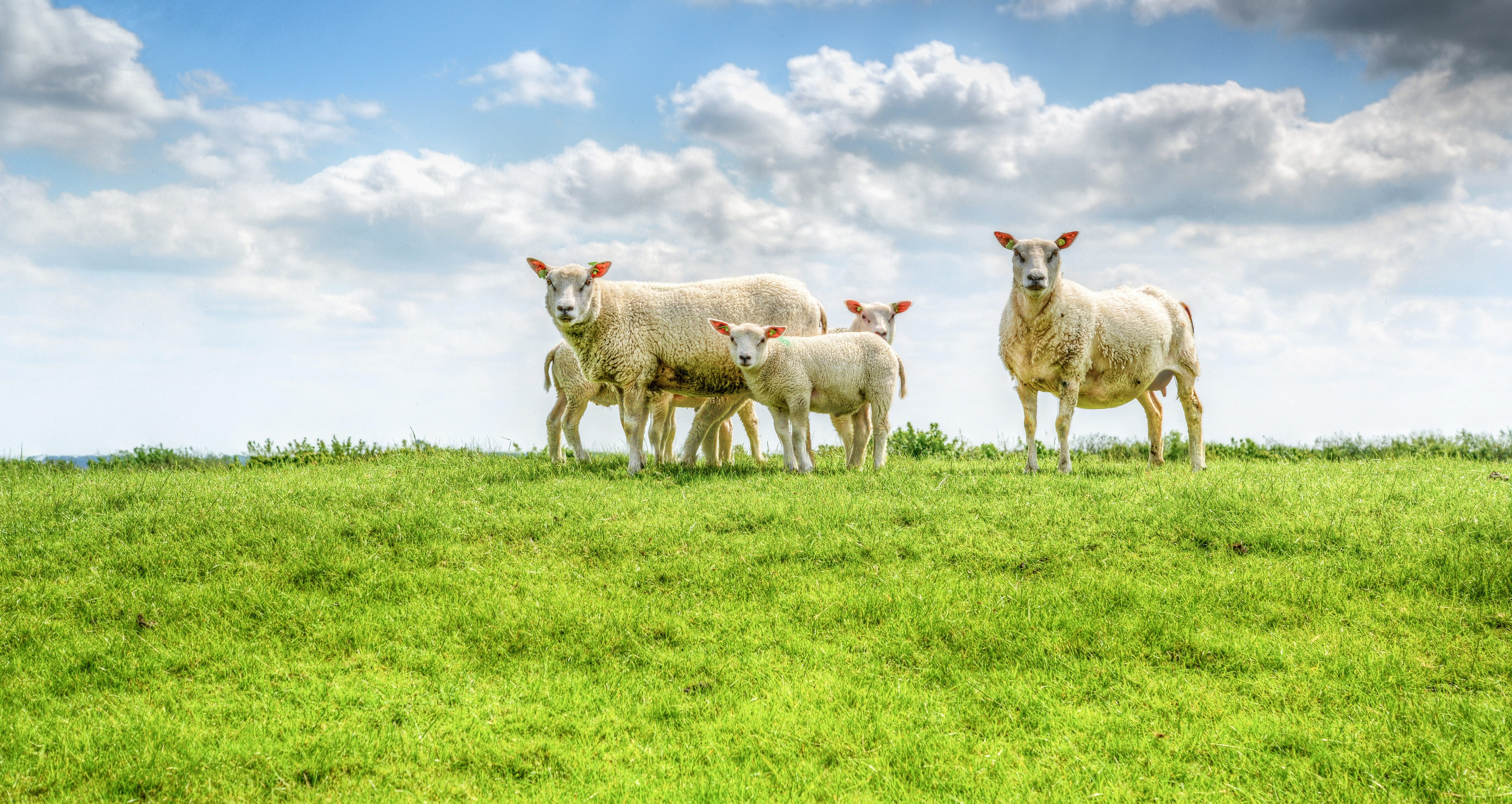 Is There a Difference Between the Called and the Chosen?

I am trying to get a better understanding of who are the Elect?

I know that in the 1st Earth Age they were God’s children who did not follow Satan and stood against him.

But, are the elect comprised of the chosen or the called, or are the called and the chosen other ways of saying the Elect? Or, are there no differentiations at all?

Your website and your dedication to God’s work are greatly appreciated! — Nan

Thank you for your kind words, and your excellent question.

In Christ’s parable about the wedding, in Matthew chapter 22, the Lord differentiated between the “called” and the “chosen.”  As it’s written in the end of that parable:

As it’s written again in Matthew 20:

Mat 20:16  So the last shall be first, and the first last: for many be called, but few chosen.

I believe this to mean that many are called into the Christian church (i.e., there are supposedly 2.1 billion Christians in the world today, which certainly is “many”).  But relatively few of those who are called into the church are chosen to make it all of the way to the Kingdom Wedding at Christ’s Second Advent.

The “few chosen” enter into the kingdom wedding.  And the rest have to go through the Millennium teaching period, first, because they valued church tradition and ritual more than the deeper truths of God’s Word.

In other words, the “called” are simply people who have heard the call of Christ, and have become Christians, or perhaps who were born into Christianity and are only Christians because everyone else in their family were Christians.  There are billions of people in this category, worldwide.  They are the “many are called.”

The Bible calls them the elect, today, with “elect” being a word that actually means “chosen.  Indeed, in the Old Testament Hebrew the word “elect” means “selected, or chosen” (i.e., Strong’s H-972) and in the New Testament Greek it means almost exactly the same, i.e., “selected, chosen, favored” (i.e., Strong’s G-1586).

Let’s take a quick look at the Strong’s Concordance definitions for the word “elect” in both the Hebrew and Greek:

As you can see, the elect, then, are the chosen ones of God.

But what’s important to understand is that members of the “called” (i.e., members of the teeming multitudes of Christianity who have not been “chosen” from the first age) can also make it into the elect body, but only if they shed their blinders.

In other words, they have to drop those empty religious traditions and religious rituals which blind people to the deeper truths of God’s Word causing them to transgress against it (Matthew 15:3 and 15:6), and come fully to the Word of God.  And that requires God to give them “eyes to see” the truth, and “ears to hear” it.

You’ll see an example of some of the “many called” joining in with Christ and the “few chosen” in a moment, when we briefly cover Christ’s prayer in John chapter 17.

What Differentiates the 2 Categories?

Unfortunately, most of the “called” (i.e., most of the Christian multitudes) prefer the empty religious traditions and religious rituals of denominationalism to the deeper truth of God’s Word, which they can’t handle because those truths are simply too controversial for them.

You try to tell the teeming multitudes of Christianity, for example, that Eve didn’t really eat an apple, and they go spastic on you.  They can’t handle the actual truth.

Most of them have been part of the church for decades, yet they operate in a state of spiritual arrested development — i.e., they’re still operating in spiritual childhood, so to speak, having never matured in God’s Word.

Thus, continuing with the example, they cannot accept the fact that the seduction in the garden was sexual in nature, and that the “forbidden fruit” was not an apple (which isn’t mentioned anywhere in the chapters in Genesis about the events in the Garden), but instead, a euphemism for engaging in a forbidden sexual act (which is why God immediately told Eve in Genesis 3:16 that her labor pains and conception would be greatly multiplied).

But the “few chosen” (i.e., the elect), hear and understand the deeper truths of God’s Word.

That’s because God’s Word is firmly embedded in their very spirit, or intellect, form the first age.  The Lord gives His elect/chosen “eyes to see and ears to hear” the deeper truths of His Word.  And when they hear that Word, and feel the tug of the Spirit, they embrace it wholeheartedly, and reject the empty church traditions that contradict it.

I find it interesting that in Christ’s beautiful prayer in John chapter 17, in which the Lord is clearly praying for the “few chosen” (i.e., “the men which thou gavest Me out of the world,” whom He refers to as being “sanctified through the truth”), He mentioned another group, which is to say, those who gradually come to the truth through hearing the teachings of the elect/chosen.  As it’s written:

Joh 17:20  Neither pray I for these alone, but for them also which shall believe on me through their word;

Joh 17:21  That they all may be one; as thou, Father, art in me, and I in thee, that they also may be one in us: that the world may believe that thou hast sent me.

In other words, there are the “called” multitudes (i.e., “many are called”) who generally don’t advance very far in God’s Word because they prefer church tradition and religious ritual to any form of dedicated study of God’s Word.

Then there are the “chosen” (i.e., “few are chosen”) who hear the deeper truths of God’s Word and work to pass along those truths to others, and preserve those truths from generation to generation.

And finally there are some among the vast multitudes of Christianity who hear what the “few chosen” are teaching, and who then turn away from the empty religious traditions and rituals of the churches and begin to embrace the deeper truths of God’s Word.

So in reality we have three groups:

Finally, in Romans 8:28, we have “the called according to His purpose.” As it’s written:

Rom 8:28  And we know that all things work together for good to them that love God, to them who are the called according to his purpose.

Rom 8:29  For whom he did foreknow, he also did predestinate to be conformed to the image of his Son, that he might be the firstborn among many brethren.

In other words, those “called according to His purpose” are the exact same as those “few chosen” (i.e., sanctified elect) from the first age.

We know this because the verses above tell us they’re predestinated (i.e. their destinies were set in the first age when they stood against Satan’s rebellion)…they’re the “firstborn among many brethren” (meaning the first to see through Satan’s deception and stand against it)…they’re ”justified” (meaning already judged and found innocent, thanks to their actions on God’s behalf in the first age)….and finally, they’re glorified in the eternal age for their long-time faith and service to the Lord in His great plan to save His wayward children.

Does that make sense to you?

It’s not as easy of a topic as it might seem.  Some pastors use the above verses in Romans 8 to lump all Christians into the same category, seeing no difference at all between the “many are called” and the “few are chosen,” which makes no sense at all to me.

And that’s alright, I suppose, because thanks to the Millennium teaching period which starts at Christ’s Second Advent, I believe all Christians will ultimately be saved.

But I believe the Scriptures do make a clear difference between the “many are called” and the “few are chosen.”

And thanks to Christ’s prayer in John 17, those who are not among the “few are chosen” can nevertheless embrace the truth and come into that elect body of Christ, either now, if God gives them “eyes to see and ears to hear” during this flesh age, or during the Millennium teaching period after the Second Advent.

But most of the “many are called” won’t come into that elect body now, because they’re so inculcated with church tradition and religious ritual that they simply can’t see the deeper truths of our Father’s Word, and quite frankly, don’t care to.

Heb 5:12  For when for the time ye ought to be teachers, ye have need that one teach you again which be the first principles of the oracles of God; and are become such as have need of milk, and not of strong meat.

Heb 5:13  For every one that useth milk is unskilful in the word of righteousness: for he is a babe.

In short, the “many are called” are basically “milk” Christians who understand only the most rudimentary basics of God’s Word, such as baptism and salvation.  They’re the church-going multitudes who become so wrapped up in church tradition and religious ritual that the deeper truths of God’s Word are incomprehensible to them.

But the “few are chosen” are those who, almost instinctually, dig through God’s Word for the “strong meat,” embracing it almost as soon as they hear it, carrying it to others throughout the course of their lives, and working to preserve it from loss or injury.

To learn more, see: What It REALLY Means to “Keep God’s Word if you’d like a deeper understanding of the specific actions that differentiate the “few are chosen” from the “many are called,” in terms of service to Christ.