Other Than Melchizedek Was Christ Ever Physically on This Earth Before the Virgin Birth? 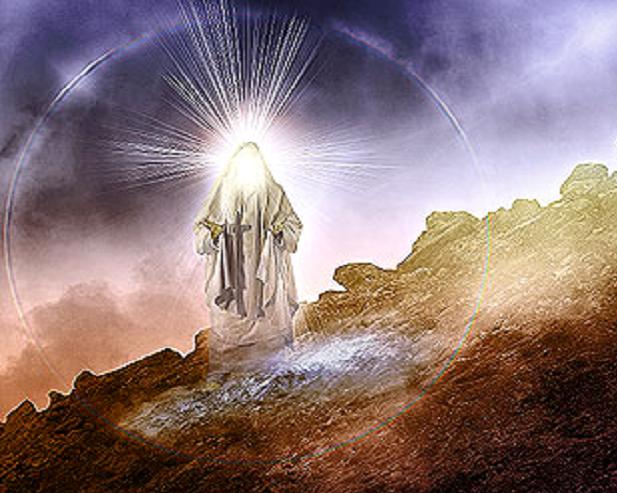 Other Than Melchizedek Was Christ Ever Physically on This Earth Before the Virgin Birth?

I have a question.  I’ve been trying to wrap my head around the verses in the OT that talk about King Melchizedek and that in the NT, Paul’s writings in Hebrews say that he was indeed Jesus. I was never taught that, so please be patient with me!!

I always wondered if Christ did appear on Earth before he was born of flesh.

Daniel 3:25 — He answered and said, Lo, I see four men loose, walking in the midst of the fire, and they have no hurt; and the form of the fourth is like the Son of God.

Yes, in the Old Testament there are many manifestations of Christ on this earth before He came into the flesh through Mary.  Most Christians simply don’t realize it.

For example, Christ Jesus was/is that “tree of life” in the garden, spoken of in Genesis 2:9. And of course, that was long before He would manifest Himself to us in the flesh, through Mary, preach the new covenant Gospel and give His flesh life for our sins.

As you pointed out, in Daniel chapter 3 Christ was also with the three Hebrews — Shadrach, Meshach, and Abednego — when they were thrown into the fiery furnace by Nebuchadnezzar.

And yes, as you mentioned, He was/is the Melchizedek of the Old Testament, the “King of the righteous,” or “King of the just,” meaning He’s the head of the elect body, which is both a priestly and a kingly (i.e., ruling) body — Revelation 1:6; Revelation 5:10.

Plus, just about any time in the Old Testament you see the phrase “the angel of God” (example: Exodus 14:19) or “the angel of the Lord” (example: Numbers 22:22) in reference to a physical angel being here on this earth, it’s essentially talking about Jesus Christ, long before He came into the flesh through Mary.

For New Testament evidence that Christ was with the children of Israel in the wilderness as “the angel of God,” let’s compare Exodus 14:19 with 1 Corinthians10:4:

Exo 14:19  And the angel of God, which went before the camp of Israel, removed and went behind them; and the pillar of the cloud went from before their face, and stood behind them:

1 Corinthians 10:4 — And did all drink the same spiritual drink: for they drank of that spiritual Rock that followed them: and that Rock was Christ.

As it’s written of this Messenger in Malachi 3:1: “…and the Lord, whom ye seek, shall suddenly come to his temple, even the messenger of the covenant, whom ye delight in…”

In short, those are all manifestations of God on this earth, and thus they were all Christ Jesus, since He IS the “express image” of the person of God, and the ultimate manifestation of God to His children:

Heb 1:1 — God, who at sundry times and in divers manners spake in time past unto the fathers by the prophets,

Heb 1:2 — Hath in these last days spoken unto us by his Son, whom he hath appointed heir of all things, by whom also he made the worlds;

Heb 1:3 — Who being the brightness of his glory, and the express image of his person, and upholding all things by the word of his power, when he had by himself purged our sins, sat down on the right hand of the Majesty on high;

Finally, and hopefully not to confuse anyone, but anytime in the Old Testament that the phrase “the word of the Lord” is used as something that “came” to someone, that also is in direct reference to Christ Jesus, long before He came to this earth in the flesh.

For example, “the word of the Lord” came to Abraham twice in Genesis 15:

Gen 15:1  — After these things the word of the LORD came unto Abram in a vision, saying, Fear not, Abram: I am thy shield, and thy exceeding great reward.

Gen 15:4  — And, behold, the word of the LORD came unto him, saying, This shall not be thine heir; but he that shall come forth out of thine own bowels shall be thine heir.

Always remember that Christ Jesus is that “Word” of God through which all creation was accomplished. He is the “living Word of God” Who would eventually become flesh, and give His life for our sins so we can live eternally.

So in the early chapters of Genesis, for example, where the Scripture repeatedly says “And God said…” you can rest assured that signifies that our heavenly Father sent forth His Word, Jesus Christ, to this earth in order to accomplish whatever act of creation He was working on. Again, our heavenly Father’s Word is Jesus Christ.

Joh 1:3 — All things were made by him; and without him was not any thing made that was made.

The Word of God is God.  He created all things.  And as we know, “Jesus is the Living Word.”  He is the life-giving Word of God.  As it’s further written of this “Word of God”:

Joh 1:14  And the Word was made flesh, and dwelt among us, (and we beheld his glory, the glory as of the only begotten of the Father,) full of grace and truth.

So the Word was “made flesh” for a short time.  But that same Word has always existed, and has manifested itself to us in Old Testament times as the “angel (i.e., messenger) of the Lord.”

Who Was This Man?

Some would say the “man” in the following account from the book of Joshua was, in fact, Jesus in His role as “the captain of the Lord’s host.”  Let’s take a quick look:

Jos 5:13 — And it came to pass, when Joshua was by Jericho, that he lifted up his eyes and looked, and, behold, there stood a man over against him with his sword drawn in his hand: and Joshua went unto him, and said unto him, Art thou for us, or for our adversaries?

Jos 5:14 —  And he said, Nay; but as captain of the host of the LORD am I now come. And Joshua fell on his face to the earth, and did worship, and said unto him, What saith my lord unto his servant?

Jos 5:15 — And the captain of the LORD’S host said unto Joshua, Loose thy shoe from off thy foot; for the place whereon thou standest is holy. And Joshua did so.

I know that some folks teach that the “man” Joshua saw was Michael the archangel. But Michael would have instantly stopped Joshua from bowing down and worshiping him.  What’s more, Michael wouldn’t have told Joshua to “loose the shoe from off they foot; for the lace whereon thou standest is holy.”

Those specific words — i.e., “loose the shoe from off they foot; for the lace whereon thou standest is holy” — are designed to alert you to the fact that this was the same “angel of the Lord” who spoke with Moses, from the burning bush, in Exodus chapter three:

Exo 3:2 and 3:5 — And the angel of the LORD appeared unto him in a flame of fire out of the midst of a bush: and he looked, and, behold, the bush burned with fire, and the bush was not consumed…And he said, Draw not nigh hither: put off thy shoes from off thy feet, for the place whereon thou standest is holy ground.

In other words, in both cases it was God, in His angel body, which is Christ Jesus, i.e., the angel (messenger) of the Lord.  And of course this was long before He came into the flesh through Mary.

So the bottom line is that Jesus was manifest on this earth many different times throughout the Old Testament, as St. Paul put it in Hebrews 1:1, “…at sundry times and in diverse manners…”

He has ALWAYS been with us, one way or the other, from the very beginning, even going back to the world that was, because He is the very Word of God made manifest to us.  As Christ stated to the temple Jews in John chapter 8:

Joh 8:56  Your father Abraham rejoiced to see my day: and he saw it, and was glad.

Joh 8:57  Then said the Jews unto him, Thou art not yet fifty years old, and hast thou seen Abraham?

He’s Jesus Christ.  Yet He’s the great “I am,” meaning YHVH our heavenly Father.  And of course, never forget Christ’s words to St. Philip in John chapter 14:

Joh 14:8  Philip saith unto him, Lord, shew us the Father, and it sufficeth us.

Joh 14:9  Jesus saith unto him, Have I been so long time with you, and yet hast thou not known me, Philip? he that hath seen me hath seen the Father; and how sayest thou then, Shew us the Father?

So anytime our heavenly Father Himself appeared in the Old (or New) Testament, it was Christ.  God and His Word are one (John 1:1).  And Jesus is that Word (John 1:14).