What Exactly Are the Four Winds of Heaven Composed Of? 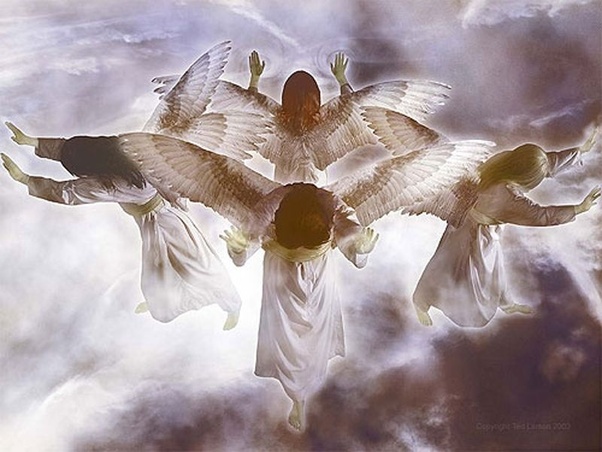 What Exactly Are the Four Winds of Heaven Composed Of?

Steve, I know the four winds bring about the end of this age. But what exactly are the four winds. I know wind is ruach which means spirit. I’m teaching a lesson on Ezekiel 37 and I want to be able to properly explain why the four winds are mentioned there. Thank you.  — Kevin

If you’ll notice in Daniel chapter 7, the four winds are unleashed in verse 2. And once they’re released, they “strove upon the great sea.”  As it’s written:

Dan 7:2  Daniel spake and said, I saw in my vision by night, and, behold, the four winds of the heaven strove upon the great sea.

Of course, we know from Revelation 17:15 that the “sea” represents the “peoples, and multitudes, and nations, and tongues” of this earth.

So the four winds (four spirits) are unleashed upon the people of all four corners of the world, which connotes one-worldism.

You won’t necessarily feel these winds, because they’re not really wind in the sense that we understand wind.  They’re spirits.  So you’ll “see” the actions these four spirits initiate, or usher in, upon this earth, at God’s behest.

Their specific actions are described throughout the remainder of Daniel chapter 7.  Indeed, the very next verse (i.e., verse 3) tells us that once the four winds are unleashed upon the earth, “…four great beasts came up from the sea, diverse from one another.”

Dan 7:3  And four great beasts came up from the sea, diverse one from another.

So the four winds (four spirits) usher in the “four beasts,” which of course are representative of the four stages of one-worldism upon the earth.

We don’t know for sure, but I’m guessing that each spirit ushers in a separate, individual stage of one-worldism, one after another.

So from Daniel 7:3 onward, you can read what those four winds (spirits) usher in. As it’s written:

Dan 7:6  After this I beheld, and lo another, like a leopard, which had upon the back of it four wings of a fowl; the beast had also four heads; and dominion was given to it.

Dan 7:7  After this I saw in the night visions, and behold a fourth beast, dreadful and terrible, and strong exceedingly; and it had great iron teeth: it devoured and brake in pieces, and stamped the residue with the feet of it: and it was diverse from all the beasts that were before it; and it had ten horns.

Dan 7:8  I considered the horns, and, behold, there came up among them another little horn, before whom there were three of the first horns plucked up by the roots: and, behold, in this horn were eyes like the eyes of man, and a mouth speaking great things.

And there in verse 8 you have those “ten horns” (i.e., the 10 supernatural kings of Revelation 17:12), from among which the “little horn” (i.e., the antichrist) arises.  And that essentially completes what Revelation 17:5 calls “MYSTERY, BABYLON THE GREAT, THE MOTHER OF HARLOTS AND ABOMINATIONS OF THE EARTH.”

The four winds are generally discussed in the Scripture in terms of the negative events they usher in, all of which are part of God’s will, and His great judgment upon the earth for its growing sinfulness.

But in Daniel 37, which you said you’ll be teaching from, you can see that they have positive work to do as well, after they bring about the four stages of one-worldism.

In Ezekiel 37, those four winds (spirits) bring healing, which is to say, spiritual life to the “whole house of (true) Israel” (Ezekiel 37:9-13), which is today scattered across the earth.  As it’s written:

Eze 37:7  So I prophesied as I was commanded: and as I prophesied, there was a noise, and behold a shaking, and the bones came together, bone to his bone.

Eze 37:8  And when I beheld, lo, the sinews and the flesh came up upon them, and the skin covered them above: but there was no breath in them.

Eze 37:9  Then said he unto me, Prophesy unto the wind, prophesy, son of man, and say to the wind, Thus saith the Lord GOD; Come from the four winds, O breath, and breathe upon these slain, that they may live.

Eze 37:10  So I prophesied as he commanded me, and the breath came into them, and they lived, and stood up upon their feet, an exceeding great army.

Eze 37:11  Then he said unto me, Son of man, these bones are the whole house of Israel: behold, they say, Our bones are dried, and our hope is lost: we are cut off for our parts.

Eze 37:12  Therefore prophesy and say unto them, Thus saith the Lord GOD; Behold, O my people, I will open your graves, and cause you to come up out of your graves, and bring you into the land of Israel.

Eze 37:13  And ye shall know that I am the LORD, when I have opened your graves, O my people, and brought you up out of your graves,

Eze 37:14  And shall put my spirit in you, and ye shall live, and I shall place you in your own land: then shall ye know that I the LORD have spoken it, and performed it, saith the LORD.

So we see from Daniel 7 and from Ezekiel 37 two separate views of the four winds (spirits) and their actions on this earth — one negative view and one positive view.  Yet in both views we see that our heavenly Father’s will is being carried out.

Isaiah 45:4  For Jacob my servant’s sake, and Israel mine elect, I have even called thee by thy name: I have surnamed thee, though thou hast not known me.

Yes, Israel will be restored as the elect of God in Christ.  Though there be only a remnant today who “do know their God” (Daniel 11:32) and who have not been corrupted by false religion, the nation and its scattered people will ultimately be restored by the actions of those four winds (spirits).