What Was Adams Sin in the Garden? 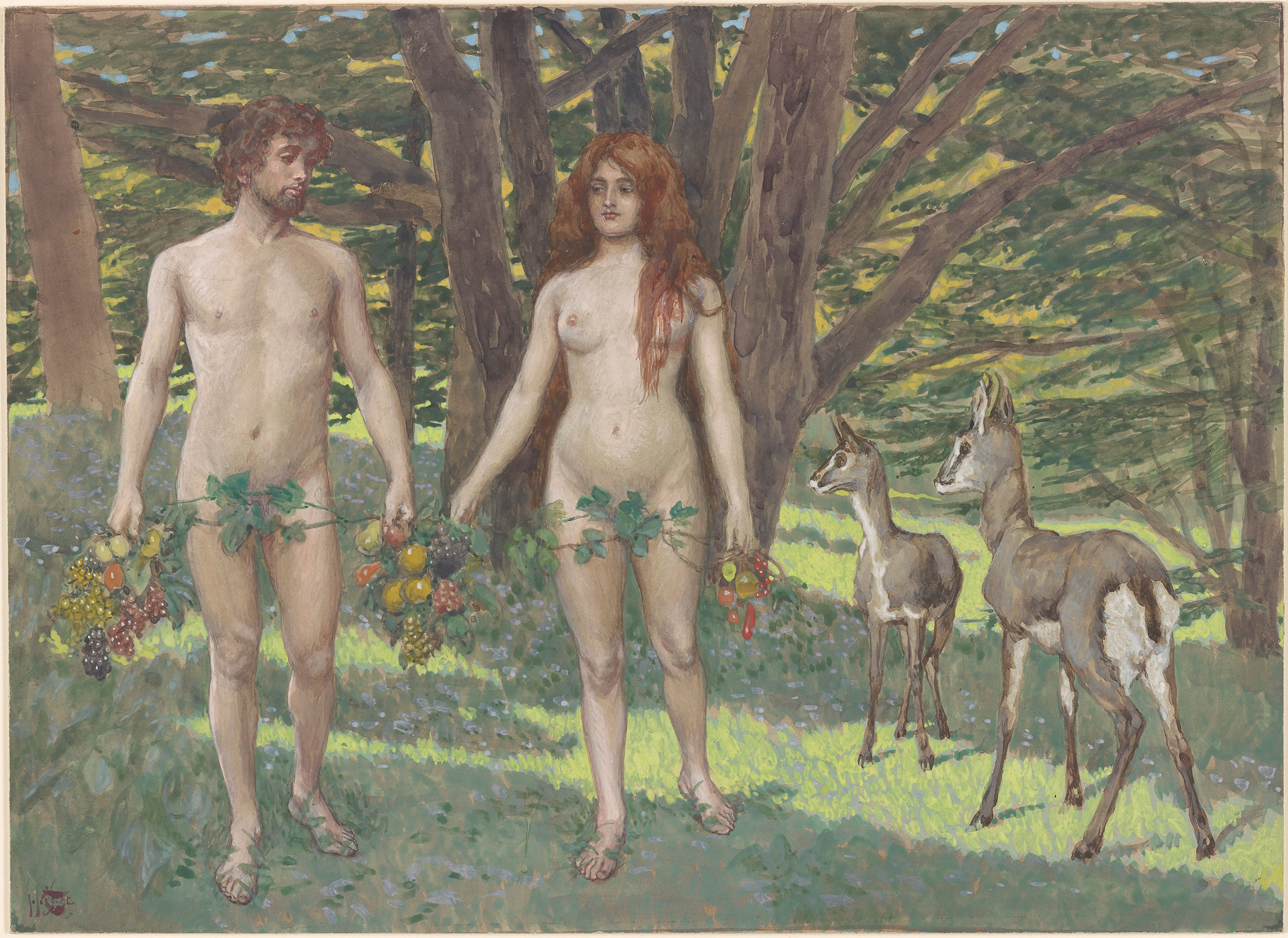 What Was Adams Sin in the Garden?

Hi Steve! A question for you….If Eve partook of the forbidden fruit (adultery) from the tree of the knowledge of good and evil, and then had Adam partake of the forbidden fruit, what would that have been? If it was not an apple (which clearly the Bible doesn’t say it was) then what was Adam’s sin? Adultery, too?  — Cindi

It was a ménage à trois, or three-way sex act, which, yes, is adulterous on several levels.

First Eve had intercourse with the serpent, which, technically speaking, made her the serpent’s wife, based on the Biblical marriage principle spelled out in 1 Corinthians 6:16, which reflects back on God’s law on marriage in Genesis 2:24.

In short, God’s law on marriage states that if a woman sleeps with a man (and vice-versa), that woman is married to him, in God’s eyes.  And Eve had just slept with Satan.  So technically, Adam should not have joined in with that sex act in the Garden.

But after the initial act of seduction in the Garden, Eve invited Adam to join in, and he willingly did so.  As it’s written:

Gen 3:6  And when the woman saw that the tree was good for food, and that it was pleasant to the eyes, and a tree to be desired to make one wise, she took of the fruit thereof, and did eat, and gave also unto her husband with her, and he did eat.

The difference between Adam and Eve’s sin being this:  Eve was seduced/deceived by the serpent into coupling with him, while Adam was not seduced or deceived into joining in with the sex act.  Instead, he joined in knowingly.  As it’s further written:

1Ti 2:14 And Adam was not deceived, but the woman being deceived was in the transgression.

1Ti 2:15  Notwithstanding she shall be saved in childbearing, if they continue in faith and charity and holiness with sobriety.

As you can see, the whole event in the Garden was about child-bearing, not apple eating.  This is why God’s said to Eve, directly after the seduction, “I will greatly multiply thy sorrow [i.e., labor pains] and thy conception; in sorrow thou shalt bring forth children; and thy desire shall be to thy husband, and he shall rule over thee” (Genesis 3:16).

Her labor pains were indeed multiplied, for she gave birth to two children, Cain and Abel.

Adam, as a type of Christ, was supposed to protect Eve’s reproductive garden, so to speak.  But Adam failed miserably when he allowed that old serpent, Satan, to seduce Eve with his lies, which were directly contrary to God’s Word.

The woman, however, was indeed wholly seduced/deceived (get a Strong’s Concordance out and look up the word “beguiled” in 2 Corinthians 11:3).

She sinned by ignoring the Lord’s command to refrain from partaking of the fruit of the tree of the knowledge of good and evil (Genesis 3:3), which is the family tree of Satan.

She chose to couple with that wicked one when she had clearly been told not to, making herself part of his family tree by sexually merging with it. She chose to believe the serpent’s words that he’d been sent by God to gift her with supernatural wisdom and understanding (Genesis 3:4-6), when in reality he had come to close her eyes to the truth and impregnate her with the first of what would become “many antichrists” in ths world (I John 2:18).

In other words, in this life the truth is set before us (through God’s Word), and the lie is set before us (usually in the form of religious tradition).  And if we have the love of the truth within us, we’ll choose the truth of God’s Word over the lies of religious tradition every time.  But many do not have the love of the truth within them, and choose the religious lies every time, as did Eve.  They prefer playing the harlot church to serving God.

Nevertheless, as St. Paul tells us in I Timothy 2:15 above, Eve will be “saved in child-bearing” (i.e., bringing new life into the world) as long as she and Adam from that point forward “continue in faith and charity and holiness with sobriety” — a good lesson for all who are coming out of the deception even today.

In other words, having children and teaching them the right path to our heavenly Father, and living that path as an example to our children, can help make up for the sins of the past.

Likewise, even if we have no physical children, learning the truth, and then setting the right example for others by planting seeds of truth so that they too can come out of the deception, can help make up for many sins of the past.

It’s my personal opinion, by the way, that Adam joined in with the seduction in the Garden because he hoped his own “seed” would take hold in Eve’s womb, and essentially nullify the serpent’s “seed.”

In other words, I believe Adam, in participating in the ménage à trios, was trying to impregnate Eve in order to cover up the illicit sex act between Eve and the serpent, which is Satan himself (Revelation 12:9).

I don’t say that in order to mitigate Adam’s sin, by any means, but instead, simply to provide a background rationale for it.  Humans have a tendency to try to justify their sins, or rationalize them away, right?  And Adam was no different than others in that respect.

So Adam might have thought to himself, “I know it’s a sin to lie with Eve (sexually) now that she’s become one with the serpent.  But maybe I can impregnate her, and she’ll have my child instead of his, and Father will be none the wiser.”

Unfortunately, the ménage à trois resulted in a dual pregnancy rather than a single pregnancy, i.e., twins named Cain and Abel, being born at the same time, yet from two different fathers.

And, of course, Father quite well knew what had happened.  After all, at the very moment of conception of those two children in Eve’s womb, Father had to place souls in each of the two embryos.  So He knew immediately what had happened, even if He hadn’t personally seen the act from afar (which of course, He did, as Father is all-seeing).

The bottom line is that, as 1 John 3:12 points out, Cain was the son of the wicked one, which is Satan, the serpent (Revelation 12:9).  And, of course, Abel was Adam’s son. (For Biblical documentation, see How Can I Prove Cain Was the Son of Satan Without Having to Teach an Entire Bible Study?)

How is it possible that twins could come from different fathers?  It’s called superfecundation, and it simply means a woman becoming pregnant by two different men, after having engaged in a sex act with each man at or near the same point in time.

To learn more, you might want to read my brief commentary/study titled “Was Adam, or Eve, Responsible for Sin?” as it covers this topic of the sin in the garden in a bit more detail, from a different perspective, and demonstrates how the act in the Garden relates to Christ and His bride in the final days of this flesh earth age.

Or, if you want to dig really deep, for a much fuller understanding of what happened in the garden, you might consider reading the detailed Bible study, “A Strange Thing:  Mystery in the Garden.”