Which is Biblical – Worldwide Christian Revival, or Mass Deception? 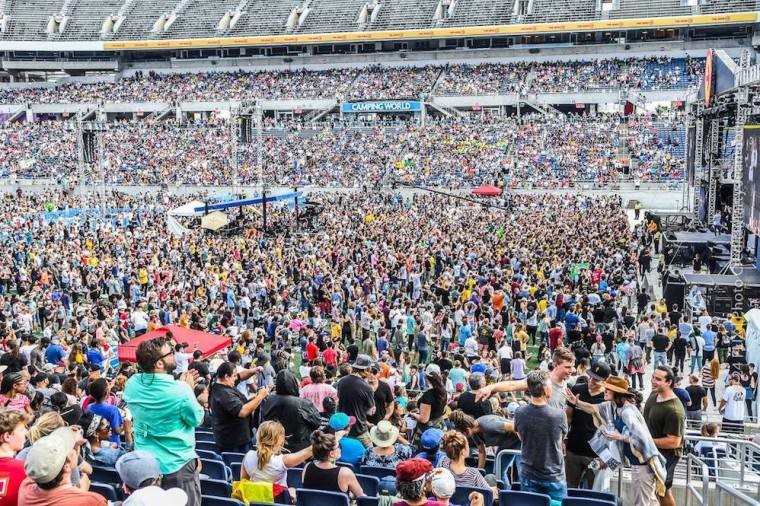 Firstly, I must thank you for your amazing bible studies. I have learned so much.

I wonder if you could possibly clarify some things for me please? As we are all too well aware, there is a great deal happening in the spiritual and earthly world right now. Virtually every prophet seems to be having dreams and visions of an amazing revival coming to America and subsequently sweeping across the rest of the world and up to a billion souls being saved. If this is what is going to happen then it is absolutely wonderful, but where is this mentioned in the Bible?

I know there are thousands, if not millions praying for America and I know God hears everyone and I know God does not lie and would never deceive his prophets, but where does this harvesting of souls occur in the Bible? I understand that the Antichrist is going to deceive so many, and with God’s grace I don’t intend to be one of them. Surely what they are all prophesying about cannot be the arrival of the Antichrist and the deception of so many souls? Or am I right?

I cannot imagine that I am hearing the truth and they are not. These are real men and women of God who study and understand the word of God and I am nowhere near their knowledge and their ability to hear God, yet I feel I have to ask where this fits in prophecy and the Second Coming and I feel I have to ask you.

Thank you for your kind comments.  All credit to God.  He’s the One Who opens eyes and ears.

You have good questions, and good instincts.  I urge you to stand firm in your God-given discernment.  Don’t be swayed by the dreamers, who are prophesying out of the flesh, and not the Holy Spirit, or, worse yet, are prophesying under the influence of a false spirit they’ve mistaken for the Holy Spirit.  Stick solely with God’s Word and you can’t go wrong.

When the antichrist comes (and it seems that time is growing nearer and nearer), the Scripture tells us he’ll deceive the whole world:

Yes, it will be none other than Satan himself, and his fallen angels, pretending to be Christ coming in the clouds with His holy angels (hence, the term “antichrist” which, in the Greek, means “instead of Christ”).

That’s why you’re hearing these great calls for “revival.”  He’s getting ready to come to this earth to deceive the whole world.  Here’s how he’ll pull off his deception, most Christians included:

Rev 13:13  And he doeth great wonders, so that he maketh fire come down from heaven on the earth in the sight of men,

What’s more, St. Paul tells us clearly that the arrival of this wicked one to this earth will be preceded by a great falling away (apostacia, in the Greek, meaning apostacy, or, for a more in-depth definition of this word, it means “to divorce the truth and marry a lie”):

2Th 2:1  Now we beseech you, brethren, by the coming of our Lord Jesus Christ, and by our gathering together unto him,

In other words, St. Paul warns that just before the arrival of Jesus Christ, there will be a great apostacy (“falling away”) among Christians (which, by necessity, would be led by Christian preachers/teachers).

And directly after, or even in tandem with that apostacy, the “man of sin, the son of perdition” (meaning son of death) will be revealed, and will oppose God and exalt himself above every power, including God Himself, insisting that he be worshiped as God.  This is the devil, in His role as the false Christ.

So, your instincts are correct.  It’s the Holy Spirit working inside you, granting you discernment to survive the coming times spiritually.  God is telling you it’s time to start putting on the Gospel Armor of Ephesians chapter 6, so you can withstand “the fiery darts of Satan,” which means the lies and deceptions he’s going to pull off when he gets here.

Jesus even said that Satan, in his role as the false Christ, or “antichrist,” will be so deceptive, if He hadn’t “shortened the time” even God’s elect would be deceived:

Mar 13:22  For false Christs and false prophets shall rise, and shall shew signs and wonders, to seduce, if it were possible, even the elect.

You see, Satan already has most of the world in his pocket.  He’s coming for Christianity.  And He particularly wants to deceive and seduce God’s elect, because they constitute the Lord’s spiritual bride on this earth.

Yes, thankfully, our Lord and Savior has shortened the time for Satan to pull off his deception, so the elect can survive it without being deceived and seduced by that old seducer.  As it’s further written:

Rev 12:12  Therefore rejoice, ye heavens, and ye that dwell in them. Woe to the inhabiters of the earth and of the sea! for the devil is come down unto you, having great wrath, because he knoweth that he hath but a short time.

Again, had the Lord not shortened the time, even the elect could be deceived, so seductive the devil is in his most cherished of all roles, as the false Christ.

The bottom line is that the world is now rife with false spirits imitating the Holy Spirit.  And those false spirits are targeting the big super preachers, and others like them, giving them false dreams and visions and “word” which they think is coming to them from God.

But the elect of God discern this, and know there’s no worldwide Christian revival on the horizon.  The Scripture only describes a great worldwide deception for these end days.

You are correct in discerning that such a huge “revival,” as is being commonly prophesied now, is not written of in the Scriptures for these end days.

But, as you’ve also discerned, the antichrist is getting ready to deceive the whole world.  You are witnessing him “softening up” the world with his false spirits, so they’ll think it’s “revival time” when the false Christ (aka antichrist) arrives.  He’s coming, if I might coin a phrase, as Brother Love’s Traveling Salvation Show.  And he’s so good at acting, he will indeed fool the whole world, with the exception of God’s elect.

Don’t be frightened by it.  If Father is showing you this, through discernment from the Holy Spirit, you likely have a job to do when the falling away starts and that man of sin, the son of perdition, arrives to pull off his greatest deception ever.  Study your Bible.  Stick with the Word.  Don’t listen to those who are already falling away to the false spirits.

Be like the woman in the wilderness, who is “nourished from the face of the serpent,” and who, for her loyalty to the Word of God, is not caught up in the great flood (of deception) that will come from the serpent’s mouth.  As it’s written:

Rev 12:13  And when the dragon saw that he was cast unto the earth, he persecuted the woman which brought forth the man child.

Rev 12:14  And to the woman were given two wings of a great eagle, that she might fly into the wilderness, into her place, where she is nourished for a time, and times, and half a time, from the face of the serpent.

Rev 12:15  And the serpent cast out of his mouth water as a flood after the woman, that he might cause her to be carried away of the flood.

Rev 12:16  And the earth helped the woman, and the earth opened her mouth, and swallowed up the flood which the dragon cast out of his mouth.

The woman, symbolic of God’s elect, survives the deception unscathed, spiritually, because she listens to the Word of God, instead of the words of the false preachers and filthy dreamers that the people of this earth are listening to.

She is nourished by God, thereby, in preparation for her destiny, which is to be delivered up to those trials in Mark 13, to testify in the councils and synagogues against Satan and his fallen angels.

Again, stick with the Word. You’ll do well.  Things are changing, fast.  Don’t allow yourself to get caught up in all of the drama.  It’s basically all deception, anyway.  Walk away from it.

Just break out the popcorn, watch, and study His Word daily.  Be well-nourished in His Word, and not like the five foolish virgins of Matthew chapter 25, who failed to take oil for their lamps (i.e., God’s truth in their foreheads), and end up being locked out of the Kingdom Wedding when the Lord arrives.

By studying diligently now, when the Lord calls you to take a stand, you’ll be ready to fulfill your destiny.  It may be different for each of His elect, but if you stick with Him, He’ll let you know along the way.