Why Are TV Shows and Movies Featuring So Many Mutant Superheroes? 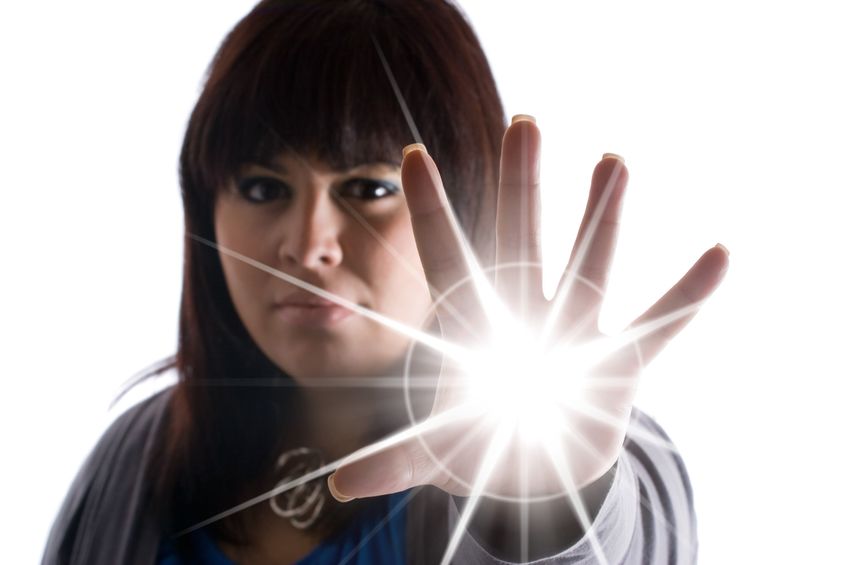 Why Are TV Shows and Movies Featuring So Many Mutant Superheroes?

Steve, question here:  I’ve noticed a decided upsurge in the number of TV shows and movies featuring young people with X men-like “mutant” super powers.  Why do you think there’s such a profound emphasis on this topic in TV and cinema today?  Is there a Biblical answer or understanding to this?

Yes, I believe there is a Biblical answer.  Coincidentally, I recently watched a short trailer for a TV show about young folks who were “mutants” with X-men style super powers.  The mutant young folk were portrayed as being the “good guys.” And those who were against the mutants were the “bad guys.”

What’s more, the mutants were portrayed in the TV show trailer as being “misunderstood” and “good-hearted.”  And one of the mutants was told that his super powers and strange appearance were not an aberration at all, but instead, “a gift to the world.”  (Hold that thought in mind for just a moment.)

Of course, these cinematic X-men type “mutants” (and virtually all TV and movie superheroes) are just modern-day incarnations of the gibbor “giants” of Genesis chapter 6.

In other words, they’re just cinematic re-creations of the powerful, superhuman hybrid children of the fallen angels, which were produced after the fallen angels had mated with the daughters of Adam and Eve.  These gibbor “giants” became “the mighty men which were of old, men of renown.”   As it’s written of them in Genesis chapter 6:

Gen 6:4  There were giants in the earth in those days; and also after that, when the sons of God came in unto the daughters of men, and they bare children to them, the same became mighty men which were of old, men of renown.

Gen 6:5  And GOD saw that the wickedness of man was great in the earth, and that every imagination of the thoughts of his heart was only evil continually.

You see, these hybrid gibbor “giants” were very powerful (i.e., “mighty men”) like modern superheroes, and were highly acclaimed (i.e., “men of renown”).  Yet they were extremely wicked in terms of being against anything and everything that would otherwise be considered Godly.

As Genesis chapter 6 tell us, the daughters of Adam and Eve mated with the fallen angels, apparently very enthusiastically, for they produced so many of these mighty, part-supernatural gibbor “giants” over the long course of time that only a single  pure-bred Adamic family was left in that great Mesopotamian Valley, and that was Noah and his family.

Of course, the fallen angels had mated with the daughters of Adam and Eve in a vain attempt to thoroughly corrupt and debauch the Adamic bloodline through which Christ would come, hoping this would throw a monkey-wrench, so to speak, into God’s great Plan of Salvation.  But God had kept Noah and his family in reserve, undefiled from the hybrid bloodline.

But why did the daughters of Adam and Eve so enthusiastically mate with the fallen angels, helping produce those renowned gibbor giants?

Frankly, the reason why is not written of in the Scriptures.  But I believe they did so because they thought it would make their children “like the gods.”

In other words, the hybrid (i.e., “mutant”) children that came of the sexual unions between the fallen angels and the daughters of Adam and Eve had both supernatural size and intellect. They were half supernatural angel and half human.  And they were thought of as the future of the world, i.e., “men of renown.”  They were considered the “gifted ones.”

And there’s the ultimate answer to your question:

I suspect that when Satan and his fallen angels arrive to this earth in the final days of this flesh earth age (as described in Revelation 12:7-12), replete with their supernatural powers, the idea of having sex with them (again) will not be thought of by today’s crop of young and thoroughly liberal “social justice warriors” as something unusual, but instead, as a sure-fire way to produce “gifted” children.

(Hey, who needs genetic modification when you can simply mate with a fallen angel and produce a child prodigy?)

In other words, it’s the old Bible maxim, “As then, so again.”  There’s nothing new under the sun.  History just repeats itself, over and over again.

If you think about it, Satan’s promise to Eve when she allowed him to seduce her in the Garden of Eden, was this:  “…and ye shall be as gods, knowing good and evil.” So Satan seduced Eve into having sex with him by telling her that the children of that union would be supernatural, like the gods (i.e., angels) of heaven.

(To learn more, see the in-depth Bible study, A Strange Thing:  Mystery in the Garden.)

And Cain, the result of that wicked union between Satan and Eve (1 John 3:12), was indeed a part-supernatural, angel/human hybrid — a “mutant.”

What many Christians don’t realize is this:

Today, there are a growing number of New Age cults, with many tens of thousands of adherents worldwide, who teach their followers that they’re the so-called “star children” or “star seed” — essentially alien-human hybrids who are here to help “change the world: and “save mankind.”

Yes, just like in the modern TV and movie shows featuring young, mutant superheroes that awaken to their super-powers.

According to the New Age “star seed” fanatics, these supposedly gifted “star children” are now supposedly beginning to awaken to their true identities and destinies, so they can change the world for the better.

(You can learn more about this very strange topic, here, here  and here.)

I’ve even seen quizzes on Facebook, under headlines like “Do You Have One of These 27 Star Seed Characteristics?” These quizzes are clearly being used as recruitment tools for these New Age “star seed” cults.

Of course, the quizzes are specifically designed to make each quiz-taker feel they’re a bona-fide “star seed” who needs the cult’s guidance to learn how to utilize their latent “powers” in order to help “change the world” and “save mankind.”

In other words, today’s crop of youth are being taught that being an angel/human hybrid (i.e., mutant) is a “gift” rather than an ungodly detriment. And that anyone who’s against such hybridization is evil.

You can probably guess the reason:  They’re being set up to desire, and ultimately embrace, Satan and his fallen angels — the supernatural gods of old — when they finally arrive to this earth once again at the very end of this flesh earth age.  As Christ stated to His disciples in Matthew chapter 24:

Mat 24:38  For as in the days that were before the flood they were eating and drinking, marrying and giving in marriage, until the day that Noe entered into the ark,

Mat 24:39  And knew not until the flood came, and took them all away; so shall also the coming of the Son of man be.

In other words, it’s going to happen again, just like it did in Noah’s time.  And you have Christ’s word on it.  They were “marrying and giving in marriage” with the fallen angels of Genesis chapter 6.  And they will once again.

I believe young minds are now being prepared for this coming event, through television shows and movies promoting the idea of the hybrid children (mutants) with supernatural powers.

The bottom line is that the growing cinematic interest in superhero “mutants” and other superheroes is tapping in to that ancient desire to “be like the gods,” which goes all of the way back to the Garden of Eden.

And I believe this is happening for one specific reason:  We’re growing closer and closer to the arrival of Satan and his fallen angels to this earth, in the final days of this flesh earth age.

The Kenites (children of Cain) who control all TV and cinema today are using these X-men mutant-style TV shows and movies as a way of re-awakening this ancient desire to “be like the gods” and help “save the world.”

Of course, Satan’s plan is quite the opposite of what’s being touted.  It’s to so deeply debauch the world with his evil that God is forced to judge His own children to damnation.

So the children of Cain — Satan’s children who control the media — are using these TV shows and movies as propaganda tools to get people’s minds (and emotions) thoroughly cultivated for what’s coming when Satan and his fallen angels finally arrive to this earth, after they’re booted out of heaven as described in Revelation chapter 12.

By the time Satan and his fallen angels finally arrive to this earth, pretending to be Jesus and His angelic host, people’s minds will have been pre-programmed to accept and participate in the false kingdom wedding they’ll usher in, under the notion that if they join in, they’ll be not only saved, but become saviors.

In other words, people will see joining in with Satan and his fallen angels, in their false kingdom wedding, as a way to “be as the gods,” just as the daughters of Adam and Eve did back in Genesis chapter six when they mated with the fallen angels, producing that thoroughly wicked hybrid supernatural race that God had to destroy with the flood.

And at that point, the Bible will have come full circle from Genesis to Revelation.  Thankfully, Jesus Christ brings it all to a screeching halt at His Second Advent.  The attempt at creating half-angelic, half-human hybrid “star seed” will never be allowed to get off the ground this time around.

Now, those are just my thoughts on the matter.  I’m not teaching it as “Bible” doctrine. But I firmly believe that’s what the point of all of these new superhero and mutant, X-men style TV shows and movies are all about, particularly the ones in which young folk are portrayed as awakening to their newfound destinies and hidden powers.

Remember, the Scripture tells us that Satan is “more subtil than any beast of the field.”  And yes, these shows constitute very subtil propaganda, straight from the children of Satan, designed specifically to prepare young minds (and old, alike) to desire, accept and enthusiastically embrace what’s soon coming to this earth.

Go to any Comic-Con convention and watch all of the youngsters (and yes, grown folks, as well) dressed as their favorite mutant superheroes.  Perhaps seeing the glee and enthusiasm with which they portray such characters will help you understand better just how powerful this propaganda is.

You might also remember the old lament song  from the 1960’s, titled “Superman,” by a band called The Kinks:

Surely there must be a way
For me to change the shape I’m in
Dissatisfied, is what I am
I want to be a better man