Why In the O.T. Did God Kill and Even Torture People? 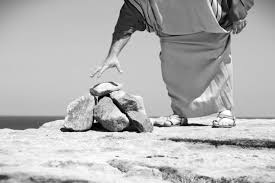 Steve, I have a question:  Why in the Old Testament did God kill people…specifically the Israelites just because they were disobedient? An example among many, in Numbers 21:6, God sent fiery serpents to kill those that spoke against God and complaining because they were hungry and thirsty.  In my flesh mind, that wouldn’t be something to torment and kill someone over.  There are many other examples where God kills or orders people to be killed for disobedience.

Now I know that today we sin much worse in some ways then they did back then, yet we have Jesus to forgive us upon repentance. So why would a God of love kill his children for disobedience, especially if it wasn’t so extreme such as murder? Why didn’t God just punish them in some way?

And why does God have to torture when He kills? Fiery serpents is pretty extreme. He even commanded people to be stoned to death in some cases. If you look up what a stoning is, it’s pure torture over time until you get knocked out by stones and die. I guess the image I have of God may be not accurate from how He was to people in the Old Testament before Jesus came. I understand there has to be a consequence for actions but why killing? Why torture?  This question is what so many atheists ask and is a big reason why some of them never believe in God or the Bible. They can’t understand why a God of love would have such extreme consequences for disobedience.

Act 5:1  But a certain man named Ananias, with Sapphira his wife, sold a possession,

Act 5:2  And kept back part of the price, his wife also being privy to it, and brought a certain part, and laid it at the apostles’ feet.

Act 5:3  But Peter said, Ananias, why hath Satan filled thine heart to lie to the Holy Ghost, and to keep back part of the price of the land?

Act 5:4  Whiles it remained, was it not thine own? and after it was sold, was it not in thine own power? why hast thou conceived this thing in thine heart? thou hast not lied unto men, but unto God.

Act 5:5  And Ananias hearing these words fell down, and gave up the ghost: and great fear came on all them that heard these things.

Act 5:6  And the young men arose, wound him up, and carried him out, and buried him.

Act 5:7  And it was about the space of three hours after, when his wife, not knowing what was done, came in.

Act 5:8  And Peter answered unto her, Tell me whether ye sold the land for so much? And she said, Yea, for so much.

Act 5:9  Then Peter said unto her, How is it that ye have agreed together to tempt the Spirit of the Lord? behold, the feet of them which have buried thy husband are at the door, and shall carry thee out.

Act 5:10  Then fell she down straightway at his feet, and yielded up the ghost: and the young men came in, and found her dead, and, carrying her forth, buried her by her husband.

Act 5:11  And great fear came upon all the church, and upon as many as heard these things.

God struck those two con artists because they deserved it.  Period.  He’s the Judge.  He determines who lives in the flesh, who dies, and why.

More importantly, He has the whole list of wrong-doings people have committed, while we only know about the relatively short story about them told in the Bible. God knows everything they did in the first world age, and everything they’ve done in their flesh lives since they reached the age of accountability.  And He takes it all into account, before passing judgment.  In other words, He knows the person’s inner man, which is to say, the person’s spirit, while we don’t.

In the case above, in Acts 5, for example, you might think it was very unfair of God to kill that husband and wife for keeping some of their own property after making a vow to God to give the proceeds of the sale to the fledgling church.  Maybe God could have just punished them with some boils, or hemorrhoids or an infection, or something like that.  Something softer and more “fitting” to their crime, right?  After all, it was their own money they secretly held back after promising to give all of the money to God after they sold their property.

But they were con artists.  They were trying to con their way into the church with phony generosity, playing what’s referred to as a long con, where you give up a little money or goods, up front, in order to get in to a group where you think there might be some more extensive long-term “easy pickings.”

And who knows how many other people those two had conned in the courses of their lives — and how many they planned to con once they got firmly entrenched in the church — before Father had finally had enough of them and struck them dead.

You don’t make a solemn promise to God and then break it and expect the punishment to be a mild finger-wagging.  Maybe Father decided it was time to take them back to heaven to punish them.  Or maybe He decided the only way they could ever be saved at that point was on a personal, face-to-face basis with Him, so He brought them home to save them.  We don’t know.

But God knows the inner spirit of the person He’s dealing with, while we only know the flesh.  And while we try to decipher God’s motives for His righteous judgments (which, in essence, is making the very serious mistake of judging God), we might miss the more important point that, simply put, He’s in charge and He’s not one to be trifled with.  He never killed anybody for faithfully doing things His way.

In Numbers 21 the people who got bit by the serpents were working to turn God’s People back to Egypt, which would have derailed God’s long-term plan to have His Savior come through the people Israel in the Holy Land they had been heading toward.  In other words, you couldn’t be saved, and I couldn’t be saved, and none of God’s other children could be saved either, if the people of Israel turned back to Egypt and God’s Plan of Salvation was therefore never was fulfilled.

So God sent the serpents to bite the people who were trying to turn everyone else against God’s Plan and talk them into returning to Egypt to be slaves again.   Yet, at the same time He was merciful enough, in that once Moses intervened, He allowed that if the intransigent and faithless people who had been bitten by the serpents wanted to live, all they had to do was to look up at the symbol He told Moses to erect on a pole, which was a symbol of the Messiah taking on the sins of the world (i.e., the fiery serpent on the pole represented Christ after taking on our sins and being crucified for them– John 3:14).

And if the people who had been bitten by the serpents humbled themselves and looked on that symbol, as instructed, they were healed of their snake bites and lived.

In other places God struck people dead because…well…they just needed killing.  They needed to be sent back to Him for correction in the spirit, because it’s the spirit that lives forever if one can pass the muster.  He had many of the Canaanitish tribes killed off completely, by Israel, simply because they had mixed with the fallen angels and had become irredeemably evil, even to the point of sacrificing children at the altar of Moloch on a regular basis.

And yes, He instituted death through stoning for certain heinous crimes like murder, rape, child molestation, kidnapping, human sacrifice, incest, homosexuality, false testimony in capital cases (i.e., falsely testifying against a person who will face the death sentence if your false testimony is believed), having sex with animals and more.

Why something so tortuous as stoning?

Well, maybe it was because we didn’t have bullets or electricity or lethal injections yet.  But as He stated in Ecclesiastes 8:11 and Deuteronomy 21:21 and in other places in the Scripture, He instituted such harsh punishments for serious crimes for preventive purposes, i.e., as a means of deterring additional crime and keeping crime from becoming rampant among His People, and to keep the nation from destroying itself from the inside out through sin and crime.

After all, when people think there’s no punishment for their sins or crimes, or when they think the punishment is not that harsh, then they tend to commit all the more sin or crime.  Look at the world around you today.

As it’s written in those two passages I mentioned above:

Ecclesiastes 8:11  Because sentence against an evil work is not executed speedily, therefore the heart of the sons of men is fully set in them to do evil.

Deuteronomy 21:21  And all the men of his city shall stone him with stones, that he die: so shalt thou put evil away from among you; and all Israel shall hear, and fear.

The bottom line is that without swift and certain punishment for crime, criminal activity would be rampant.  God knew that.  Again, just look at the world around you today in this age of grace we now live in.  People take full advantage of the grace, mischaracterizing it and actually using it to make excuses for murderers, rapists, robbers and thieves, and demanding they be let off the hook on technicalities.

Listen, no one can con God.  God knows our heart.  And in His timing, He punishes fairly and accordingly.

Ezekiel 33:11: Say unto them, As I live, saith the Lord GOD, I have no pleasure in the death of the wicked; but that the wicked turn from his way and live: turn ye, turn ye from your evil ways; for why will ye die …

Sounds perfectly fair to me.  People might call it cruel and unusual punishment.  But I say He simply calls the wicked back home to Himself so He can deal with them face-to-face in an effort to save them before the judgment of Revelation 20.

He also wants an example made of them on this earth so others won’t feel free reign to commit the same crimes.  It’s not really that hard to understand when you take His knowledge of the person’s heart — which is to say, the person’s spirit, or inner man — into consideration.  He knows considerably more about each of His individual children than we do, going all of the way back to their actions in the first world age at the time of Satan’s attempted overthrow of God’s throne.  Remember, a full one-third of God’s children turned vehemently against Him, and tried to take over (Revelation 12:4).

And quite frankly, even today in this so-called “Age of Grace,”, in certain cases such as rape, molestation and murder, He demands that we send the wicked back home to Him so He can deal with them face-to-face.  That’s called capital punishment.  And yes, it’s very Godly.