Why Do Some Christians Say the Tribulation Will Last Only Two-and-a-Half Months? 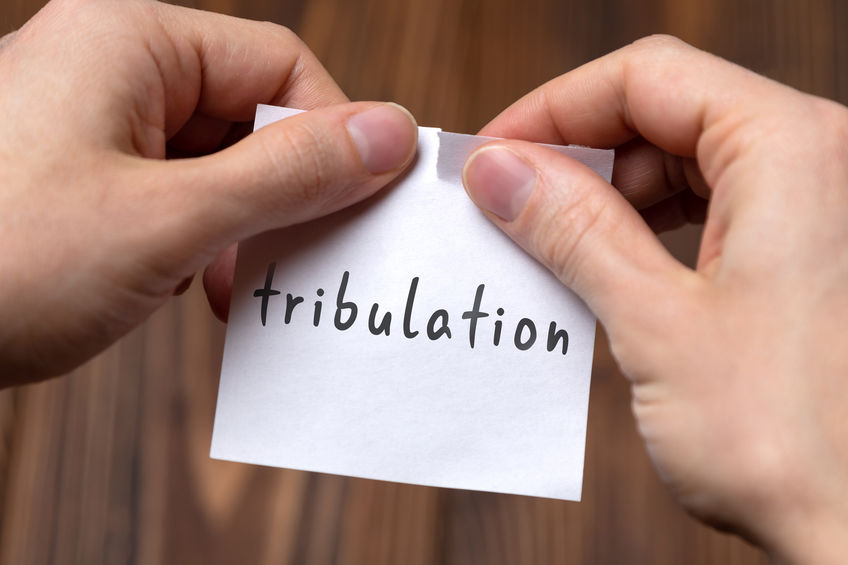 Thank you for the Bible study. Jesus led me to you. You believe, the same as Arnold Murray, that the great tribulation is for 2 1/2 months. Could you please explain. The 2 1/2-month thing keeps coming to me, periodically. This is the same thing that happened to me before Jesus fully revealed to me about the seed of Cain. Thank you, Steve. God bless.

Thank you for your kind words, Blue Angel.  I’m glad you’re enjoying the Bible studies.  God is good to us, through His Word and His Holy Spirit.

To answer your question, as you know, the original time period for the great tribulation was to be seven years, based on Daniel 9:27.

Dan 9:27  And he shall confirm the covenant with many for one week: and in the midst of the week he shall cause the sacrifice and the oblation to cease, and for the overspreading of abominations he shall make it desolate, even until the consummation, and that determined shall be poured upon the desolate.

The “one week” is widely believed by scholars to be a week of years, meaning just as a week has seven days, this prophetic “week” is composed of seven years.

And about halfway through that seven-year time-span (i.e., “in the midst of the week”), the antichrist kicks the deception into high gear by seating himself in the temple and proclaiming himself to be God (as it’s written in II Thessalonians 2:1-4), telling the world that sacrifices and oblations to God are now no longer necessary (Daniel 9:27), since he’s here on this earth.

But…Jesus would later tell His disciples, regarding that original seven-year time-frame:

Mar 13:20  And except that the Lord had shortened those days, no flesh should be saved: but for the elect’s sake, whom he hath chosen, he hath shortened the days.

So, the Lord, knowing how astonishingly deceptive the antichrist is, shortened the “one week” (i.e., seven years) of Daniel 9:27, so the elect would not be deceived by the antichrist when he proclaims himself to be “God,” and starts working “great wonders…in the sight of men” (Revelation 13:13-14).

But how long would those days be shortened to?

Well, let’s take a look at a few more Scripture passages, from Revelation 9 where it talks about the “locust army” that helps usher in the deception for the antichrist:

Rev 9:3  And there came out of the smoke locusts upon the earth: and unto them was given power, as the scorpions of the earth have power.

Rev 9:4  And it was commanded them that they should not hurt the grass of the earth, neither any green thing, neither any tree; but only those men which have not the seal of God in their foreheads.

Here we learn that the antichrist’s locust army cannot harm or deceive anyone who has the seal of God in their foreheads, meaning full knowledge of the truth of God’s Word.

Everyone else can be deceived, but not those who have God’s seal of knowledge.  They know better than to fall for the lies being promulgated worldwide by those who work for the antichrist.

We also learn that the locust army only has five months to help Satan deceive the rest of the world.  So, it looks as if the seven-year timespan of Daniel has been shortened to five months.

Let’s see if there’s a second witness to that:

Rev 9:10  And they had tails like unto scorpions, and there were stings in their tails: and their power was to hurt men five months.

Rev 9:11  And they had a king over them, which is the angel of the bottomless pit, whose name in the Hebrew tongue is Abaddon, but in the Greek tongue hath his name Apollyon.

Here, we learn once again that the locust army only has power to afflict men with deception for five months.

We also learn that the “angel of the bottomless pit” – which is Satan himself, the false Christ — is their king.  Abaddon and Apollyon are both titles of Satan, with the former meaning “a destroying angel,” and the latter meaning “the destroyer.”

So, where does the 2 ½ months come from?

Well, if you remember what we learned in Daniel 9:27, the original seven-year period was divided roughly into two halves, with the verse telling us that “in the midst of the week he shall cause the sacrifice and the oblation to cease”.

In other words, at that halfway point of the seven-year tribulation period – about 3.5 years — Satan tells the world that the sacrificial offerings can now cease, because he, as “God,” is now here on earth to “save” everyone.

Likewise, with the original seven-year period being reduced by God to only five months “for the elect’s sake,” then Satan would stand up halfway through that five months – i.e., 2 ½ months – to cut off the sacrifices and oblations, and proclaim himself to be the Savior God while seating himself in the temple.

It’s really that simple.  The antichrist will be here for the full five months. But he operates behind-the-scenes for the first half of the five-month period, and then openly – even to the point of proclaiming himself to be “God” — during the second half.

I cannot speak for Pastor Arnold Murray, of course.  So, I’d suggest obtaining from Shepherd’s Chapel (1-479-787-6026) the taped Bible study entitled “The Change.”  In that study, Pastor covers, in more depth than I have here, the Scriptures pertaining to the time-frame of the great tribulation, including the final 2.5 months of the antichrist’s reign.

I’d also suggest reading through the very good explanation provided by Brandon Ward over at World Events & the Bible – one of my favorite Bible-oriented resources.