Why Does Genesis 3:15 Say the Woman Has Seed When Women Have Eggs, Instead? 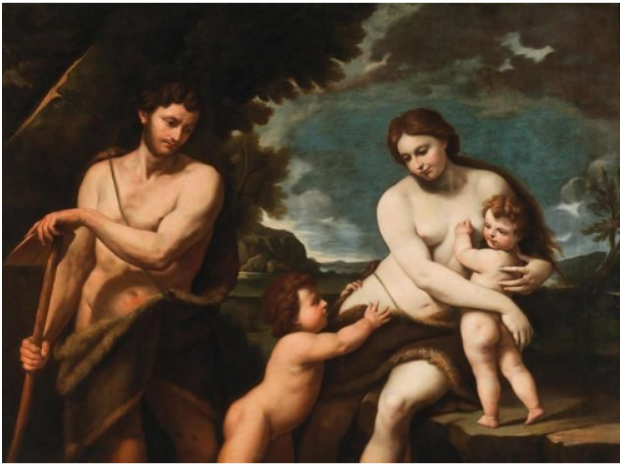 Steve, will you help me understand Genesis 3:15? God saying he would put enmity between the serpent seed and Eve’s seed. Women have eggs, so I’m misunderstanding. I have a Vine’s dictionary and not sure I’m any closer to understanding. Thank you. Edna

Yes, Genesis 3:15 tells us that the enmity (chronic hostility) would be between the serpent’s seed and the woman’s “seed.”

Gen 3:15  And I will put enmity between thee and the woman, and between thy seed and her seed; it shall bruise thy head, and thou shalt bruise his heel.

But when using the word “seed” in reference to a woman, it refers to her physical children and all of their descendants, down through history.

In other words, the woman takes the man’s seed into her body, through intercourse, and that tiny seed fertilizes the egg and ultimately produces a child.  That child, and all of its descendants, are considered to be the woman’s “seed,” for those children will also be able to reproduce, continuing the family bloodline to the end.

Yes, that enmity, or chronic hostility between competing seedlines, started when Cain murdered Abel, and would continue throughout history with the children of Cain murdering God’s servants and prophets (Luke 11:47-50) almost as fast as God could send them.  As it’s written of this murderous bloodline:

Luk 11:47  Woe unto you! for ye build the sepulchres of the prophets, and your fathers killed them.

Luk 11:48  Truly ye bear witness that ye allow the deeds of your fathers: for they indeed killed them, and ye build their sepulchres.

Luk 11:49  Therefore also said the wisdom of God, I will send them prophets and apostles, and some of them they shall slay and persecute:

Luk 11:50  That the blood of all the prophets, which was shed from the foundation of the world, may be required of this generation;

Ultimately, this Satanic seedline that killed God’s prophets would even kill the Prophet of prophets, our Lord and Savior Jesus Christ.  As it’s written:

1Th 2:14  For ye, brethren, became followers of the churches of God which in Judaea are in Christ Jesus: for ye also have suffered like things of your own countrymen, even as they have of the Jews:

1Th 2:15  Who both killed the Lord Jesus, and their own prophets, and have persecuted us; and they please not God, and are contrary to all men:

1Th 2:16  Forbidding us to speak to the Gentiles that they might be saved, to fill up their sins alway: for the wrath is come upon them to the uttermost.

Yes, this murderous bloodline is reserved by God to the very end, so they can experience His wrath for all of their ungodly works against the Lord, against the prophets of God, and against God’s faithful servants in this era of Christianity.

And in the very end, in the last days of this flesh age, that same Satanic seedline will want to kill God’s elect (Revelation 2:10) for standing up against their father, the devil, when he comes in his role as the false Christ (though I don’t believe any of the elect will actually die at that time, but instead, will be rescued at Christ’s Second Advent).

As it’s written in the great book of Revelation:

Rev 12:17  And the dragon was wroth with the woman, and went to make war with the remnant of her seed, which keep the commandments of God, and have the testimony of Jesus Christ.

In this verse you see both “the woman” and “the remnant of her seed.”

In other words, in the very end, when that old dragon, Satan, arrives to this earth with his fallen angels, in his role as the false Christ, he’ll “make war with the remnant of her seed,” which means he’ll fight a spiritual battle against the last remaining descendants of Adam and Eve who have remained faithful to the Lord and His Word and have not fallen away to the great deception and apostasy.

So you can see that the chronic hostility between the evil seed (Satan and his descendants through his son, Cain) and the good seed (the descendants of Adam and Eve) has been going on all throughout history, all of the way to the time of Christ, even to this very day and will culminate at the end of this flesh age when Satan arrives to this earth, sets up shop in Jerusalem and proclaims himself to be “God” (II Thessalonians 2:4).

The bottom line is that hatred of Christ and Christianity has been the hallmark of the religion of the children of Cain (i.e., Talmudic Judaism) since the time of Christ.

So the two seedlines (i.e., the seedline of Satan through his son Cain, and the seedline of Adam and Eve that would lead to the very seed of God, Jesus Christ) would be hostile toward each other all of the way to the end of this flesh age.

God would place that open hostility between the two seedlines so Satan and his children the Kenites (descendants of Cain) wouldn’t have free reign on this earth.

In other words, there would always be faithful believers in the true God opposing that evil seedline and its earthly works at every turn, and holding up the Word of God as a plumb line so others can also see the truth.

If you’re brand new to all of this, you might want to consider reading a few Bible studies as background.  I’d suggest the following, in this order: