Brave Teacher Refuses to Call School Kids by their “Transgender Names”; Now Fighting For His Job 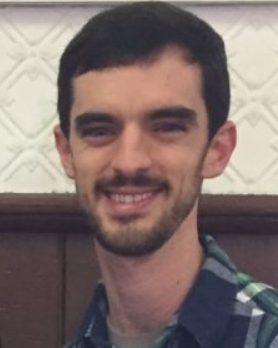 According to a USA Today news article, a teacher named John Kluge is being forced by his school district to resign because he refuses to “call transgender students by their preferred names…reflecting the gender with which they identify.”

In other words, if little Timmy Jones claims he identifies as a girl and wants to be referred to as “Shirley Titwillow,” the teachers have to go along with the nonsense, or face the loss of their jobs.

Kluge claims it goes against his religious beliefs to do anything to promote transgenderism or other forms of gender confusion, and that forcing him to use language that goes against his beliefs is a violation of his First Amendment rights to free speech.

“I’m fine to teach students with other beliefs,” Kluge states, “but the fact that teachers are being compelled to speak a certain way is the scary thing.”

Please don’t think forcing school teachers to kow-tow to transgenderism is an unusual event.  It’s not.  It’s now happening in schools all over the country, and all over the world.

Indeed, a good Bible student recently wrote me to say the same thing was happening in the school attended by her children. Everyone is being forced to call children by whatever name and gender the children claim to “identify with” rather than their actual name and gender. She wrote to say:

“From personal experience, the schools have allowed my kids to have full control of what happens. In their endeavor to make school a safe haven from bullies, they have also made it safe for kids to declare their sexual preferences and orientations.

I had to attend a meeting at the school last week where they explained to me their need to follow the human rights commission and allow my 13 yr old child to dictate what her transgender name is, and to refer to her with male pronouns.

I tried to explain what her legal name is, and that is the name I want them to use when they communicate with me or my child, but I sure didn’t get anywhere. They are more concerned about my child’s so-called rights.

This world is so upside down, because people are letting the devil have the control we ourselves have through the blood of Jesus. We need to take it back by Faith.”

Well, I couldn’t agree more.  Christians are the only people in this country — and this world — suited to putting a stop to this. At the very least, Christians can simply refuse to go along with it altogether.

And if Christians would just study a little bit to see WHY this “transgender” nonsense is being foisted upon their children so vehemently in schools, they’d be stunned to learn that it’s been part of Satan’s plan all along.

Indeed, Satan’s goal — referred to for centuries by occultists and Kabbalists as his “magnum opus” or “great work” — is to use transgenderism to increase confusion to such a degree that the entire world is transformed under his rule, and God’s children from the very youngest to the oldest are so debauched and soiled by the resulting sinfulness that God has no choice but to condemn them.

All I can say is thank God for the Millennium teaching period, in which God’s children will finally have a chance to hear the truth taught correctly…repent of their sins…and overcome the confusion that’s been foisted upon them as this final generation comes to a close.

Meanwhile, however, YOU can learn more about Satan’s use of transgenderism to further his goal of instituting worldwide Babylonianism.

And that’s exactly what you’re seeing take place today:  The powers-that-be are actually passing regulations and laws to make it mandatory for teachers (and ultimately, parents) to go along with transgenderism.

And they’re starting in the schools by foisting on them the policies of the UN’s “International Technical Guidance on Sexuality Education,” which is a global mandate for indoctrinating children in pro-abortion, pro-homosexuality, pro-transgenderism, and pro-fornication propaganda starting in kindergarten.”

You’ll discover how and why this abomination is being foisted upon our society –worldwide — with such astonishing speed and impact in the final days of this flesh earth age.