Can You Live Forever Without God? 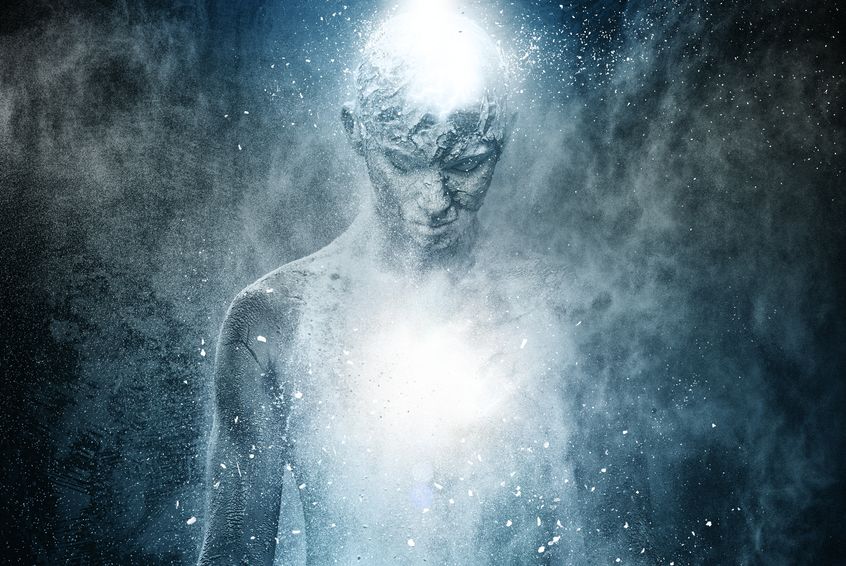 Can You Live Forever Without God?

There’s an old Jewish folk saying that goes something like this:  “If you really want to make God laugh, tell Him your plans.”

I couldn’t help but think of that old saying when I read the following two news articles.

The first article above explains how rich folks over 60 are now “seeking immortality” by getting infusions of blood from teenagers in order to stave off the ravages of old age.

The second one speculates that scientists will eventually be able to download the human soul to a microchip and then implant it into a new body whenever needed, leading ultimately to “immortality.”

Can Infusing Young Blood Into Your Veins Keep You Young?

According to the authors of the first news article above:

“It’s the start of a new year and most of the talk is about new beginnings. However, a small group of people is instead discussing ways to have no ending. In other words … immortality.

Most people are familiar with expensive plastic surgery and may have heard rumors of billionaires drinking the blood of younger people for life-extending and other as-of-yet-unproven health benefits, but these two practices have suddenly gotten mainstream media’s attention and 2019 may be the year they become acceptable.

But will they become reliable paths to immortality?”

As Brandon Ward of World Events & the Bible commented on a similar article earlier this week, in ancient times the heathen (and in more recent times, folks who are into the occult) would drink the blood of the youth in an attempt to help them live longer.

Of course, they’re all dead now, so it obviously didn’t work.   Yes, God always gets the last laugh.

Brandon also mentioned that just because this modern-day version of “blood drinking” as an “anti-aging therapy” is being done by transfusion instead of oral ingestion doesn’t make it any less an abominable practice than it was centuries ago when people did it orally.

“Hundreds of years ago it was ‘just a beverage,’” he commented wryly, explaining that the heathen and occultists justified the practice centuries ago, just as they’re justifying it again today.

In short, regardless of the fact that the modern-day purveyors of “blood drinking” wear white smocks and have stethoscopes around their necks doesn’t make them any less at odds with our heavenly Father than the heathen and occultists of old who attempted the same vain shortcut to “immortality.”

The Bible, both Old and New Testament alike, clearly tells us we’re to abstain from ingesting blood:

Lev 17:10-12 — And whatsoever man there be of the house of Israel, or of the strangers that sojourn among you, that eateth any manner of blood; I will even set my face against that soul that eateth blood, and will cut him off from among his people. For the life of the flesh is in the blood: and I have given it to you upon the altar to make an atonement for your souls: for it is the blood that maketh an atonement for the soul. Therefore I said unto the children of Israel, No soul of you shall eat blood, neither shall any stranger that sojourneth among you eat blood.

Act 15:20  But that we write unto them, that they abstain from pollutions of idols, and from fornication, and from things strangled, and from blood.

In short, ingesting human blood as a means of absorbing the life of that blood into oneself is an affront to God.  It’s an attempt to circumvent God’s plan for our lives in this flesh and beyond.  And He won’t put up with it.  Not in Old Testament times.  And most certainly not now.

But in the case of a life-saving blood transfusion, no one is trying to infuse “immortality” into themselves.  They’re just trying to live out the normal lifespan God has granted them.

Both the ancient and modern-day “blood drinkers,” however, think they can beat God at His own game.  It’s quite blasphemous, when you think about it.  They’re basically saying “Who needs Jesus in order to live forever, when I can just infuse teen blood into my veins?”

For the life of me, I can’t understand why anyone would want to live forever in these decrepit flesh bodies, anyway, particularly with all of the sicknesses, which only increase in frequency and severity as one grows older.  I certainly don’t want to “live forever” in the flesh.  I quite look forward to my eternal spiritual body, once my job is done on this earth.  And I hope you do, too.

But if this blasphemous nonsense continues, I can see not too far off in the future some politician claiming we now have “full teenage employment” thanks to the new trend of infusing teen blood into the bodies of elderly rich folks.  Teens donating blood to help keep old rich folks alive could become the growth industry of the future.

And if they socialize (i.e. communize) this abominable practice in the same way they’re now socializing all other forms of medicines, I can foresee a time in the future when teens might be told they’re obligated to donate blood in order to help keep elderly rich folks alive, if they want infusions of teen blood when they’re older.

Our dystopian future?  I hope Father doesn’t let the blasphemy go that far.

Live Forever By Downloading Your Soul to a Microchip?

Apparently, scientists think they’ll eventually be able to “download” the human soul — or at least, human consciousness — onto a microchip, and then implant that microchip into a new body any time you need to, in order to “live forever.”

“…you are a product of everything you have experienced; your likes and dislikes and that’s arguably your soul.

So imagine now that you’ve got a chip, and that chip has been collecting all of your personal details, all of your learning, that effectively becomes our soul.

“It may sound ridiculous, but you may be able to take that chip out and put it in another body and live forever – it’s not actually that ridiculous, is it?”

Well, actually, it is that ridiculous.  After all, anybody who knows their Bible knows that human consciousness is not the eternal “soul.”  Likewise, the eternal soul is not the acquired content of the human brain.

Instead, the spirit is the intellect of the soul.  And you can’t rob the soul of its spirit (intellect) and download it onto a chip, leaving the soul wondering around aimlessly in the ether like a zombie.

In reality, the spirit and the soul are eternally inseparable, unless God chooses at the Judgment to destroy them.

Heb 4:12  For the word of God is quick, and powerful, and sharper than any twoedged sword, piercing even to the dividing asunder of soul and spirit, and of the joints and marrow, and is a discerner of the thoughts and intents of the heart.

Mat 10:28  And fear not them which kill the body, but are not able to kill the soul: but rather fear him which is able to destroy both soul and body in hell.

In other words, these “digital anthropologists” are barking up the wrong tree.  In claiming they can “download the soul” into a microchip they’re basically proclaiming themselves to be God, who is in charge of all souls, and of what happens to each and every one of them.

Man has been trying to figure out how to obtain eternal life without God for thousands of years.  But it’s never worked, and it never will.  Even Satan, ostensibly God’s most brilliant creation, can’t keep himself alive forever.  He’s completely dependent upon God for His life, as we all are.  Only God is self-existent.  The rest of us depend upon Him for eternal life.

Now Satan might think he can go dancing into the fire at the great white throne judgment of Revelation 20:11-15, and afterwards rise from the ashes like the mythical Phoenix.

But he can’t.  He’s deluded by his own grandeur and prideful ego, just like the scientists who think they can keep people alive by infusing them with teenage blood, or by downloading their consciousness into a microchip and implanting it into a new body.

Our heavenly Father’s name is YHVH, which means “the self-existent one.”  He always has been.  And He always will be.  The rest of us — human beings and angels alike — depend upon Him for life, which is to say, both this present life, and life eternal through Christ Jesus, if we deserve it.  And at all points in time, our lives are completely dependent upon His good graces.

Let’s be grateful to Him for that, and not allow ourselves to get caught up in mankind’s ancient (and now modern) quest to live eternally on our own terms.  It just won’t work.

You can follow God’s Plan, and live forever in your spiritual body (I Corinthians 15:50-57).  Or you can tell Him your plans for eternal life, and give Him a good laugh.  The choice is up to you.