Clot Shots: The World’s Leading Cause of “Coincidence” 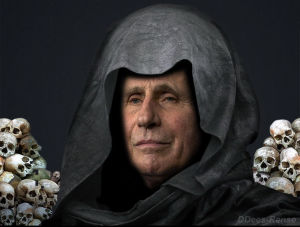 And millions more are becoming debilitated and incapacitated by the jabs.

But the powers-that-be and their anonymous “fact-checkers” tell us all of these deaths after taking the clot shot are nothing but coincidence.

“Nothing to see here, folks.  Move along.”

But if there’s really “nothing to see here,” and the vaccine deaths and serious injuries are mere “coincidences,” then how do you account for the thousands of news stories about the vaxxed dropping dead from blood clots, heart attacks, strokes, embolisms and more?

Just click on a few of the short news stories below, if you truly want to understand what these clot shots are doing to many of the people who take them.

Then, and only then, decide whether or not you still want to risk becoming another “coincidence”: 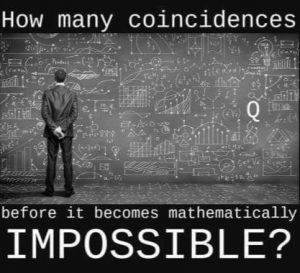 The above examples represent a tiny fraction of the deaths and devastation now taking place among those caving in to the vaccine mandate.

Most of the deaths recorded, so far, have taken place between eight and 12 weeks after the jab.

But some deaths have taken place within minutes, hours or even a few days after the jab.

The vaccinated are dying from everything from blood clots, heart attacks and strokes, to fast-spreading cancers.  Other clot shot victims are ending up paralyzed, or have suddenly found themselves stricken with Bell’s Palsy, Guillain-Barré Syndrome and other debilitating lifelong auto-immune diseases.

Here are the latest death and adverse reaction numbers, straight from the VAERS database (for the U.S.) and the EudraVigilance database (for Europe):

As you can see, over 20,000 Americans have already dropped dead from the jab.

What’s more, according to VAERS:

(And please don’t forget:  The above figures from VAERS are estimated to be a mere 1% of the actual numbers, as most doctors don’t even report the deaths and adverse reactions, and the vast majority of Americans simply don’t know how to report them.) 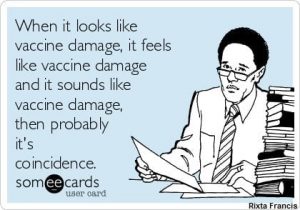 The bottom line is that the precious lives of these naively trusting, vaccinated individuals didn’t matter one whit to the powers-that-be.  And you think yours does?

They’re allowing the death and destruction from the vaccines to continue.

And soon they’re coming after you, if you refuse to play their sordid game of 21st Century Vaccine roulette.

So, you have two choices:

One:  You can join the Branch Covidian death cult by rolling the dice and taking your chances with the clot shot (but I highly recommend you read at least a few of the articles above, before making that decision), OR…

Two:  You can stand firm in your God-given wisdom, and tell them to stick their clot shots where the sun never shines. Put your faith in God, rather than man.  And put those Branch Covidian merchants-of-death on notice that you do not comply.

But before you decide, consider listening to the podcasts at this link featuring folks who took the jab, and are now suffering from horrific side effects that you wouldn’t wish on your worst enemies.

And don’t worry.  If you choose to get the clot shot, in spite of all of the news stories above, and it kills or otherwise maims and debilitates you, the powers-that-be will assure everyone it was “just a coincidence.”  So, your public honor will remain intact.

No further commentary from me is necessary.  At this point, you either “get it.”  Or you don’t.  And if you don’t, my heart truly goes out to you…