Fallen Churches Tell Clergy to Stop Referring to God as “He” 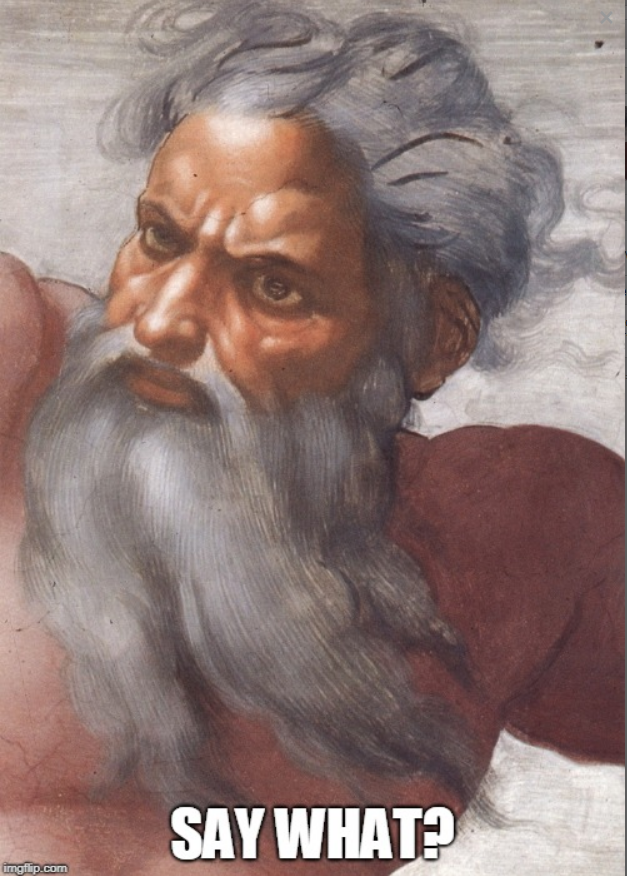 Churches in Europe as well as America are now beginning to refer to God solely in “gender neutral” terms.

For example, in Sweden, the Lutheran denomination is the largest denomination.  So large, in fact, that it’s generally referred to as “the Church of Sweden.”

According to this news article, In November of last year the Church of Sweden ruled that its ministers must replace “He” with the generic term “God,” and must not use the word “Lord” because it “implies masculine.”

What’s more, church leaders were told that they could no longer open services with the traditional phrase, “In the name of the Father, the Son and the Holy Spirit,” because those phrases are not “gender neutral.”

Instead, the ministers were instructed to use the phrase “In the name of God and the Holy Trinity” because it doesn’t imply gender.

When Swedish Christians pointed out that throughout the Gospels Christ prayed exclusively to “Abba,” which is to say, to the “Father,” they were told this was done “rhetorically” and is not a reality.

In other words, during the so-called “Lord’s Prayer,” which begins “Our Father, who art in heaven,” Christ was not being descriptive of God’s gender.  He was being “rhetorical,” or even “metaphorical.”

Apparently, the other 165 times the word “Father” is specifically used by Jesus Christ to describe God in the four Gospels were also just flowery phraseologies and not meant to be taken seriously.

Likewise, in the letters of St. Paul, which make up the bulk of the New Testament, God is described as the “Father” over 40 times.  Christians are even told, in Romans 8:15, that we’re to call God “Abba, Father.”  And in Galations 4:6, we’re told that it’s the Holy Spirit that cries out from our hearts, “Abba, Father.”

So even the Holy Spirit refers to God as the Father.

And what about the Old Testament?  Well, try this one on for size and let the churches explain why they now believe God is genderless:

Isaiah 9:6  For unto us a child is born, unto us a son is given: and the government shall be upon his shoulder: and his name shall be called Wonderful, Counsellor, The mighty God, The everlasting Father, The Prince of Peace.

They think they know how to refer to God better than the Word of God itself does!

You might say, then, “Well, Steve, those Swedish Christians have always been a bit weird.  It’s just an anomaly and not the big deal you’re making of it.”

But that’s not true.  Already, here in the U.S., for example, in February of 2018, the Episcopal church Diocese of Washington, D.C., passed a resolution “to stop using masculine pronouns for God in future updates to its Book of Common Prayer.”

“If revision of the Book of Common Prayer is authorized, to utilize expansive language for God from the rich sources of feminine, masculine, and non-binary imagery for God found in Scripture and tradition and, when possible, to avoid the use of gendered pronouns for God.”

In other words, you can call God anything but “He.”

The drafters said that referring to God using masculine pronouns is to “limit our understanding of God.”  They went on to say “By expanding our language for God, we will expand our image of God and the nature of God.”

But I beg to differ with them.  Indeed, the end result will be quite the opposite of what they claim.

By eliminating the masculine pronouns that the Word of God itself uses, they’re making God less understandable and less accessible to His children.  Sure, they’re “expanding our image of God.”  But they’re now “expanding” it into the realm of imagination, and not the reality given to us in the Word itself, as well as by the Holy Spirit which cries out “Abba, Father.”

In other words, in the new church, anything goes.  Whatever you can imagine God to be, He is.  Who needs God’s Word to define God, when we can just dream up our God and His characteristics.  Our God is so much richer than His Word states, so let your imaginations roam!

The drafters of the Episcopal Church resolution later stated, “Over the centuries our language and our understanding of God has continued to change and adapt.”

If you think it can’t get any worse in the churches, wait until you hear this:

Calkins read from Genesis Chapter 17, in which God tells Abraham “I am El Shaddai.” She said that if Episcopalians “are going to be true to what El Shaddai means, it means God with breasts.”

Beloved, that’s straight out of Luciferian theology, as I explained and documented in my recent news commentary Is God a He-She?

In my Bible study Lucifer: the Divine Androgyne, Ancient God of the Modern Transgender Movement, I go much further into detail on how Lucifer is described in occult and Kabbalistic literature dating back to the ancient mystery religions as being both male and female simultaneously.  He is referred to as the “divine androgyne.”

So what the Episcopalian “Reverend” quoted above actually wants is for us to worship Lucifer, the perverted “he-she” god, in place of God the Father, the Creator of heaven and earth.

The “gender neutral” movement is gradually spreading throughout the churches.  As the website churchleaders.com pointed out last year:

The use of gender-neutral words to identify God is not unique to the Church of Sweden.  There is a similar movement in the US, especially in mainstream seminaries.

The divinity schools at Duke and Vanderbilt Universities have instructed their professors to use more inclusive language as a way to “mitigate sexism” because of the belief that masculine pronouns “have served as a cornerstone of the patriarchy.”

And it’s not just university professors that the schools are hoping to influence.  Duke’s guidelines for students, faculty, administrators, and staff offers several suggestions for replacing “God” including “Godself” as in “God knew Godself to be great.”

Even the southern Baptists have jumped into the fray, coming out last June with the so-called “Holman Christian Standard Bible,” which critics say contain “many gender-neutral phrases the Southern Baptist Convention had previously condemned.”

The Southern Baptist Convention fired back by saying the critics were “confusing ‘gender-neutral’ with ‘gender-inclusive.’”

My comment:  Why try to change the Bible at all?

The Unfolding Apostasy in the Church

I’ve written many times that the “falling away” from the truth (i.e., apostasy) described in II Thessalonians 2:3, is well under way, and that we’re only waiting for the arrival of that “man of sin, the son of perdition” to complete it.

In other words, Satan’s arrival to this earth in his role as the false Messiah doesn’t start the apostasy, but instead, completes it.

As I mentioned in my Bible study The Christian Church in Apostasy, the Greek word translated “falling away” in most New Testament Bibles is apostasia, and it means much more than merely a falling away.  It means a “defection from the truth.”

In other words, only Christians can commit apostasy.  The rest of the world cannot, for they never believed the truth of the Gospel message in the first place.

What’s more, the Greek word from which apostasia is derived is apostasion.  And that Greek word specifically means “to divorce.”

In other words, apostasy, or “falling away” as St. Paul puts it in II Thessalonians 2:3, means to turn away from one thing (which is true) and to cling to another (which is untrue) in its place. It means to abandon the truth in order to cling to a lie.

Today, we see the bulk of the Christian church worldwide doing exactly that.  Yes, it’s being done to varying degrees, and in varying ways, depending upon the denomination.

But virtually all Christian denominations are — and have been for decades now — participating in a slow motion defection from the truth in order to marry the humanist lies and religious traditions being set in place of the truth.

In Genesis 1:26 we’re told that man was made in the image of God and His angels.  As it’s written:

Gen 1:26  And God said, Let us make man in our image, after our likeness: and let them have dominion over the fish of the sea, and over the fowl of the air, and over the cattle, and over all the earth, and over every creeping thing that creepeth upon the earth.

The word “image” in Genesis 1:26 is translated from the Hebrew word tselem (i.e., Strong’s G-6754) meaning “a phantom” a “resemblance” or even a “representative figure.”

In other words, if you want to know what God looks like, look in the mirror, because you and He look quite alike.  You resemble each other.  And if you have gender, then He has gender.

And what gender is God?

Well, Hebrews 1:3 states that Jesus Christ is the “express image” of the Father.  That term, “express image,” is translated from the Greek word charakter (i.e., Strong’s G-5481), meaning “an engraving,” a “stamped figure,” or even “an exact copy.”

What’s more, because the men He created in Genesis chapter one were created in His image and after His likeness — meaning they look just like Him — then in the material form He has gender as well, because they had gender.

It’s true there’s no gender in the spiritual dimension.  After all, in that dimension we’re in our “air” or “wind” (i.e., ruach or pneuma) bodies, so there’s no need for gender or even for specific form.  Yet it’s nevertheless true that in the material form God and all of His angels are males.  They have gender.

Indeed, there’s not a single example in the entire Bible of God and His angels being genderless.  For example, the Archangel Gabriel’s very name means “great man of God.”  And every angel mentioned in the Bible is described as male.

For some reason that simple fact is becoming harder and harder for the Christian churches to understand — so hard that the church is now gradually beginning to fall into the occultic and Kabbalastic trap of rendering God completely genderless, as if He’s some amorphous and completely unclassifiable blob floating around in the sky.

In other words, they’re apostatizing from God’s Word, which is very clear on the matter that God is a male.

Beloved, as one of God’s elect you’re supposed to be a keeper of God’s Word (i.e., to “keep” God’s Word means to preserve it exactly as it’s written).  Don’t allow the fallen churches to prevent you from doing your job.

When they come up with this “gender neutral” nonsense, be kind to them, but let them know what you think about it.  Preserve God’s Word as it’s written.  That’s a major part of your job in the final days of this flesh earth age.

It’s unfortunately that the churches will inevitably fall.  But we’re not to allow God’s Word to fall. We’re to teach it exactly as it’s written, without fear or favor to anyone.  And that brings manifold blessings, indeed.  Your Father loves you for holding up His Word in this great time of apostasy.