Freedom and Patriotism: What Is It, Really? 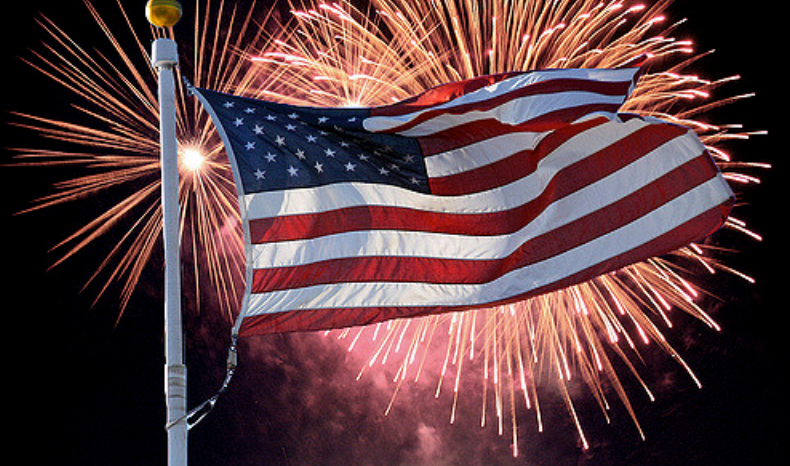 Earlier today, Brandon Ward of World Events and the Bible posted this excellent article from The Federalist on the real meaning of the Fourth of July and “patriotism.”  The article is quite excellent, especially the conclusion.

I’d disagree with the author’s implication that we still have the personal freedoms we used to. But the gist of the article is correct:

We have the many blessings we enjoy today largely because our Founding Fathers envisioned this country to be one of individual self-governance combined with strictly LIMITED federal government.

In other words, the “freedom” represented by the Fourth of July is not freedom from outside enemies, but instead, freedom from the tyranny of our own government.  It’s personal freedom from excessive government intervention into our lives.  It’s what I like to call rugged individualism dependent upon God, and not government, for His mercy, grace, guidance and blessings.

Do We Still Have Freedom?

To the extent we still have individual self-governance and very limited federal government interference in our lives, we still have the freedom our Founding Fathers fought and died for.  And we still have a country worth fighting and dying for if the necessity arose.

But to the extent that we’ve allowed the federal government to expand its reach beyond its strictly limited Constitutional mandate, we’ve lost a proportionate amount of our freedoms and liberties, and should be adamantly fighting to get them back.

Just go through any airline boarding process and tell me whether you feel “free” or not as the federal agents in uniform wand rape you, pick through all of your belongings with a fine-toothed comb, x-ray you, and even feel you up in your private parts.

Or, if you’re still not convinced our government has become a tyranny, try not paying your federal, state, county and local taxes, which eat up nearly 50% of all of your earnings.  Then you’ll see that we no longer have freedom (there wasn’t even an income tax until 1913) but instead, actual governmental tyranny in action.

Even our own homes are not truly ours, except we pay the government the annual “property taxes” (i.e., squatters rent) they’ve mandated.  Don’t pay the taxes, and they come take your home from you and cast you and your entire family out into the streets.  But don’t worry, you’ll probably then qualify for welfare “benefits.”

Unfortunately, as a people, we’ve grown quite accustomed to over-arching government intervention into virtually all aspects of our lives.

The bottom line is that, as a people, we now actually confuse the tyranny of an all-powerful federal government (which doles out favors and entitlements to some while destroying the livelihoods of others) with the concept of “freedom.”

America is simply not the country it used to be, compared to the days of old. Not even close.

For example, I’ve documented over and over again in these pages, the tyrannical interference in our lives by today’s ever-growing federal, state and local governments, such as not even being able to let your kids set up a lemonade stand on the street corner without government “permits,” “license fees” and taxes.

Don’t get me wrong.  The country is still worth fighting and dying for, if the necessity arises.

Most of us just can’t even imagine having to do so, even as we celebrate the holiday representing the original principles of personal freedom and liberty our Founding Fathers fought and died for so we could have it as good as we do.

The Process Involved in the Loss of Freedom

And that’s our own fault.  We’ve had freedom.  But we’ve allowed the so-called “creature comforts” of life brought about by our long run of freedom from government tyranny to ruin us as a people. The Bible explains the process, basically, like this:

You can read about this process in Deuteronomy 32.  It’s quite explicit, and well worth the read.

Meanwhile, have a wonderful Fourth of July holiday.

Just remember what it truly stands for, i.e., the freedom our forefathers fought and died for was personal freedom from government tyranny, which is to say, from excessive governmental intervention into our personal lives.

And a “patriot,” correctly defined, is one who loves and believes in personal freedom from the tyranny of our own government…enough to die for it if necessary.  Do you?