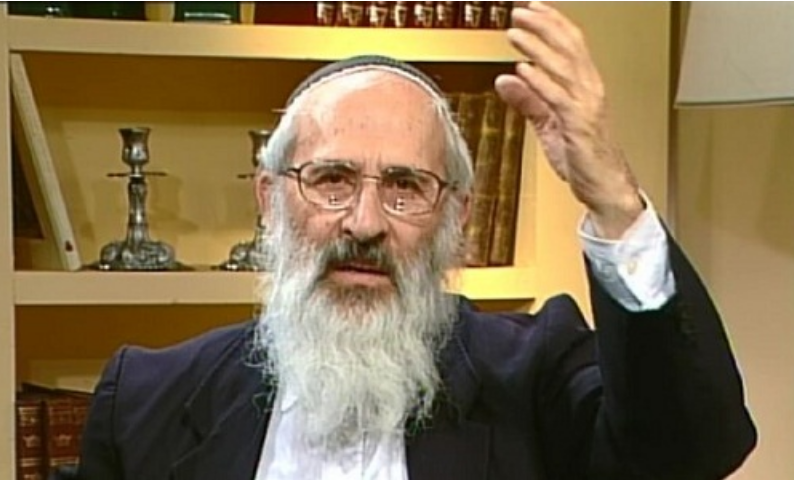 So, a “leading Rabbi,” Schlomo Aviner, is claiming that the fire at the Notre Dame Cathedral was “divine retribution” from God, for medieval French Catholics having burned the Babylonian Talmud in front of the Cathedral some 800 years ago.

Yes, that’s the same Babylonian Talmud that claims Jesus Christ is burning in hell in hot excrement for eternity, and that Mother Mary was a “Jewish whore” who was cheating on Joseph with a Roman soldier named Pantera.

In other words, if books deserved to be burned (and I’m not a proponent of book-burning), THAT’S one book that would be at the top of my list.  I sincerely doubt God EVER took retribution against the French for having so boldly stood up for His only begotten Son back then, or any time since, for that matter.

What the Rabbi’s religious ravings reveal is the fanatical hatred these false Jews (Revelation 2:9 and 3:9) hold against Christ, Christians and Christianity.

“The great Christian Church in Paris is on fire. Should we feel sorry for that, or should we rejoice, as it [the cathedral] is idolatry, which is a mitzvah to burn?“

The Rabbi went on to say that Christianity, “is our number one enemy throughout history.”

As historical scholar and expert on Jewish religious beliefs, Michael Hoffman, points out in an article I’ve linked to, below:

Lovely people, these who masquerade as “God’s chosen.” If a Muslim religious leader had been caught saying those very same things, the ire of every Christian leader in the world would have been upon Muslims.

But let a “prominent Rabbi” promulgate such verbal garbage, and all you hear is crickets from the Christian religious leaders and the Christian community as a whole — so afraid they are to say a thing against anyone claiming to be a “Jew.”

It’s very, very sad that our Christian leaders are scared out of their wits to stand up for Christ and Christianity, against the Christ-haters, out of the mistaken notion they’re “God’s chosen.”

You can read Michael Hoffman’s enlightening article about this Rabbi’s anti-Christian rant, here:

And consider getting a copy of Mr. Hoffman’s book, Judaism’s Strange Gods, if you want to truly understand the often hidden hatred against Christianity that pervades the mindset of leading Judaics such as Rabbi Shlomo Aviner, as well as the overt self-aggrandizement that’s often part and parcel of their religious character.

And if you really like detailed documentation, consider getting a copy of Hoffman’s tour-de-force book, Judaism Discovered: A Study of the Anti-Biblical Religion of Racism, Self-Worship, Superstition and Deceit.