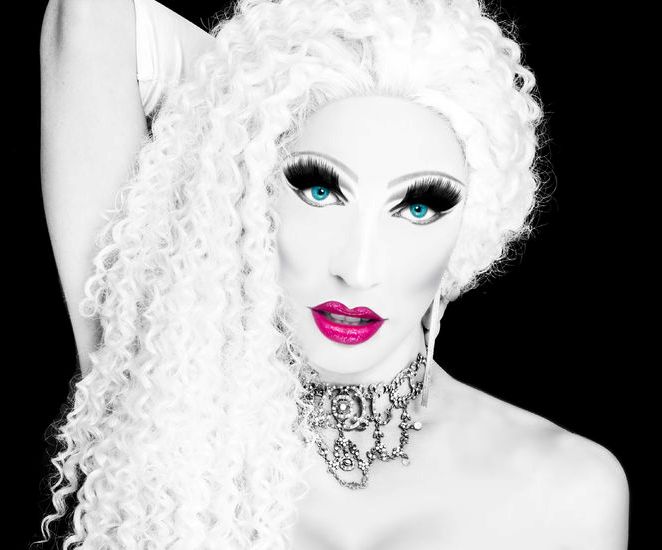 According to this news article, a library system in Minnesota will be hosting three “over-the-top” drag story hours in June and July.

They claim the event is geared toward families (“all ages welcome”) and is suitable for babies, toddlers, preschoolers and teens.

According to a press release from the Saint Paul Public Library system:

Drag performers will regale families with glitz, glamor, and stories about acceptance and inclusion at three Saint Paul libraries.

…Each event will feature two performers who will read stories, sing songs, and strut their stuff for an over-the-top story hour. All ages are welcome.

“At a very young age, we are taught to embrace our differences. Drag not only provides an opportunity to embrace who we are, it allows for us to broadcast and share who we are with the world.”

According to ChristianNews.net: “The events coincide with homosexual and transgender pride month, and is being held in conjunction with the organization Flip Phone, which features a number of risque photos on its social media pages.”

What’s more, “The story hours are slated to feature two drag performers each, which include women dressed as men, also known as ‘drag kings,’ at some events.”

Apparently, one of the three scheduled “story hours” has already taken place, in which “drag performers Utica and Sasha Cassadine read stories, sang songs, and danced with the children in attendance.”

One of the stories read was ‘Julian Is a Mermaid,’ a book about a boy who wants to dress up like a mermaid after seeing three women do so.”

What’s more, according to the news article:

“The Saint Paul library system has further created a page on its website that includes recommended books, movies and online resources as a ‘primer to drag culture,’ such as the movie ‘Kinky Boots,’ ‘RuPaul’s Drag Race’ and the book ‘Does This Book Make My Butt Look Big?’”

“The event also features recommended homosexual and transgender themed books that the library finds suitable for children ages 0-6, such as ‘Daddy, Papa and Me,’ ‘I Am Jazz,’ ‘My Two Moms,’ and ‘Worm Loves Worm.’”

So the St. Paul Library System has gone full tilt boogie for perversion.  But I tell you, if St. Paul were still in his grave he’d certainly be turning over in it right about now, and in righteous indignation.  After all, it was he who wrote:

1Co 6:9  Know ye not that the unrighteous shall not inherit the kingdom of God? Be not deceived: neither fornicators, nor idolaters, nor adulterers, nor effeminate, nor abusers of themselves with mankind,

1Co 6:10  Nor thieves, nor covetous, nor drunkards, nor revilers, nor extortioners, shall inherit the kingdom of God.

There’s no place for blatant sinfulness in the kingdom of God.  If you allow sin to overcome you, to the point it becomes your lifestyle, then this is going to be your last shot at life.  And you have God’s Word on that.

God has promised His faithful servants a peaceful and stable eternity in which disruptive sinfulness simply will not be tolerated.  And that’s what we’re going to get.  The unrepentant perverts will be burned in the lake of fire.  Period.  No way around it.

They Want the Children

But there you have it, beloved.  It’s the world we live in, in a nutshell.  Wickedness and prideful sin being played out right before your eyes, and unfortunately, before the eyes of your children, as well.

And that’s the goal.  The children.

The powers-that-be have concluded they have to take their battle to transform the world into a pervert’s paradise to the children, propagandizing them into homosexuality and transgenderism from cradle-to-grave so that it seems “normal” to the next generation.

They’re overthrowing 4,000 years worth of societal norms and morals in order to institute what the occultists call Satan’s “magnum opus,” or “great work” of transforming the world into Mystery, Babylon the Great, the Mother of Harlots and Abominations of the Earth.

And how does this transformation take place?

It takes place through institutionalized confusion, which is being accomplished by targeting innocent children and forcing them to look at societal norms and moral absolutes as being out-of-date and unnecessary for the proper function of society.

In other words, they’re sowing the seeds of hell in the minds of our children.

In two different Bible studies I discuss and dissect this global transformation which you now see unfolding before your very eyes.  In those studies I show you how it’s being accomplished and explain what the end goal is.

Those two Bible studies are:

As I mentioned in a previous post, my wife and I were watching a TV show called “Genius” recently.  The show is somewhat of a docudrama, re-hashing the lives of famous people who were said to be geniuses.

In a recent episode in which the famous painter Pablo Picasso was featured, one of Picasso’s friends turns to him and says, “Never forget your end goal, Picasso.  Your end goal is the overthrow of the moral order.”

That’s what you’re seeing today, beloved, i.e., the overthrow of the moral order on a global scale.

But there’s a reason for it.  And there’s a method to all of the madness.  And as a watchman of God you need to know what that reason is, and how it’s being carried out.

To that end, you might want to read the above two Bible studies back-to-back.  They will pretty much blow your mind, I promise.