As per usual, the 2020 Superbowl half-time show was rife with occult and Satanic symbolism.  Here’s an insightful video from the Hacking the Headlines channel on YouTube, breaking it all down for you. 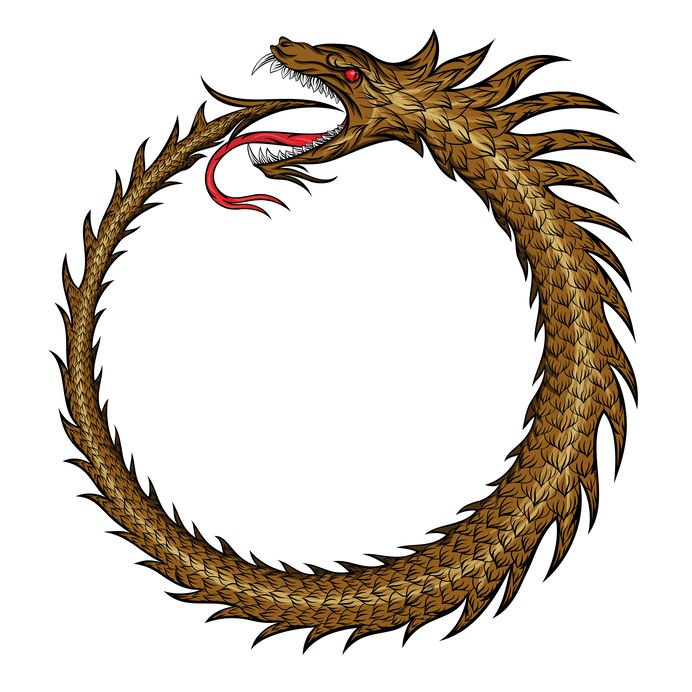 The one thing I’d add, that the video fails to point out, is that the “circle” featured so prominently in the half-time show symbolizes the Ouroboros, which is the serpent with it’s tail in its mouth, forming a perfect circle.

This symbol is also known as “the serpent who swallowed the world.”  It blasphemously represents Satan as the Alpha and Omega, the beginning and the end, and the “god of this world” (II Corinthians 4:4).

Other than that one small omission, the lady from the Hacking the Headlines channel on YouTube does a pretty good job of explaining the occult and Satanic symbolism, making the point that these half-time shows are, in reality, Satanic rituals being played out before the whole nation.