Reverse Psychology: Are They Really Denying the COVID Vaccine to White Folks? 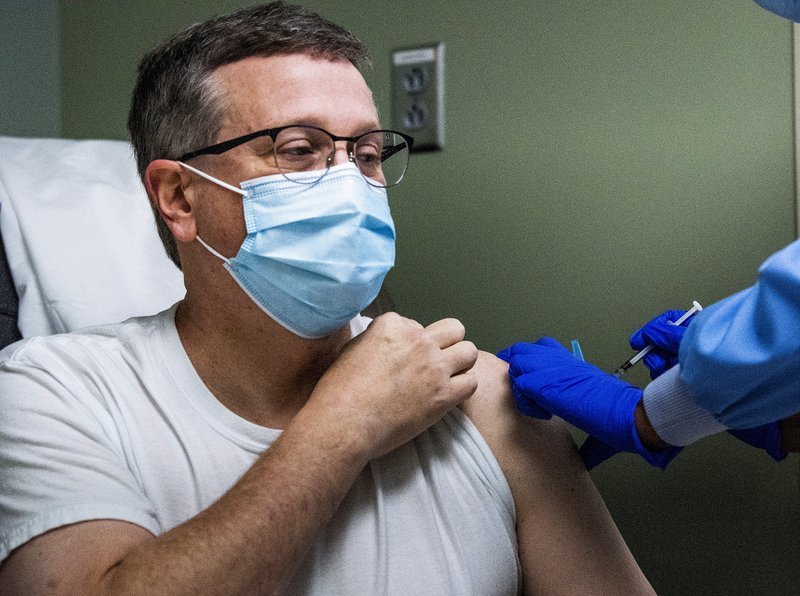 Lately, I’ve been seeing a lot of TV news stories about the COVID-19 vaccine being denied to white folks, so “people of color” will have better and more equitable access to it.  For example:

But, is it even remotely true that white folks are being denied the vaccines so that people of color can have unfettered access to it?

The powers-that-be are simply using reverse psychology to promote the vaccine to white folks.

You see, what happens is that they pick the audience they truly want to target with the vaccine, but who are resistant to taking it – i.e., white Christians — and say “Sorry, you can’t have the vaccine.  We’re giving it instead to these other folks.  You’re on your own, whitey.”

Then, they add the polarizing racial component – “We’re going to give it to those black and brown folks, instead of you, for the sake of racial equity.”

This, of course, literally infuriates the targeted audience – white Christians — into wanting the vaccine even more, i.e., “They’re giving these vaccines to everyone but us…It’s not fair!”

Salesmen will dangle a product in front of their customer, and, if they sense any hesitancy at all, they’ll tell the customer, “Oh, shoot, sorry.  I just found out this one’s taken. It’s very popular.  We can’t keep them in stock.  And it’s our very last one.  I don’t think we can get any more like it, demand is so high. Sorry.  You’ve missed out.”

Then, upon seeing the tactic begin to work, the salesperson says, “Wait just a minute.  I see the buyer hasn’t yet placed his down payment.   If you’re interested, I could go talk to my boss and see if he’ll let me sell this one to you, as long as you plan on buying today.”

You get it, right?

They dangle the vaccine in front of you, and tell you it’s your only salvation.  And when you balk at the idea, they then tell you “Oh, crap, sorry.  We just don’t have enough for you.  We have to reserve it for these other folks, instead.”

The expectation, of course, is that, as soon as white folks hear the news that they’re being deprived of the vaccine in favor of a minority group, they’ll then gallop straight to the nearest vaccine center to see if they can squeeze themselves into the queue.

“I’m not letting these bastards get away with depriving me of this protection against COVID,” poor old duped Whitey thinks to himself.

Of course, in reality, no one’s stopping white folks from getting the vaccine.  And when they rush off to their local vaccine center, they’re relieved to discover they can get easily get vaccinated.

In short, they’ve been conned into taking the vaccine without looking any further into it. Played like a fiddle.

By the time the powers-that-be are finished running this obvious sales con, they’ll have their targeted audience (white folks) quite literally demanding to take the COVID vaccine.

Indeed, I was stunned to see even Tucker Carlson using this tactic on FOX News.  Surely, he knows the tactic comes straight from Basic Con Artist Sales & Marketing 101.

I’m sure Tucker’s phony, but well-played indignation at the idea that white folks might be being “deprived” of the vaccine was very effective in convincing droves of white Christian conservatives to dash breathlessly out to their local vaccine center and demand the vaccine.

You might say, “Well, Steve, do you have any evidence for the idea that the powers-that-be are targeting white folks for the vaccine?”

Dr. Francis Collins, director of the US National Institutes of Health (NIH), has publicly stated that the prime target of pro-vaccine propaganda is the “evangelical/Trumper crowd.”

“Particularly white evangelicals seem to be resistant to the idea that vaccines are something they want to take advantage of…certainly Republican men in particular seem to less likely to be interested in the vaccine.”

So, you see, the powers-that-be sat down in their boardrooms and came up with the idea to use reverse psychology on white male Republican Christians.  It probably went something like this:

“Listen.  I’ve got a great idea.  Instead of forcing whites to take the vaccine through government decree, and starting a civil war in the process, let’s tell ‘em they can’t have the vaccine because there’s so few doses available, and we have to prioritize it for minorities. That will get ole whitey motivated. We’ll appeal to his deep-rooted racial survival instincts.  We’ll have them demanding the vaccine by the time we’re done.”

Yes, the powers-that-be are incensed that white Christians – particularly white Republican Christian males — aren’t warming up to the idea of having foreign and largely untested genetic materials injected into their bodies, over a virus with a greater than 99% survival rate if you were to ever get infected.

So, they’re conning whitey into getting the vaccine, against his better instincts, with reverse psychology and scarcity tactics.

Indeed, they’re so hopping mad at evangelical white male Christians for not taking the vaccine, they’ve even recruited Donald Trump – Mr. Warp Speed, himself — to herd white conservative Christians into the vaccine lines.

Only last week Trump sent a mass email to his supporters castigating vaccine resistance, and assuring them that resistance to taking the vaccine is based on “deranged pseudo-science.”

Okay, then. I must be thoroughly deranged.

“The Software of Life”

You see, when the vaccine manufacturers themselves refer to their vaccines as an “operating system” and “the software of life,” I have to take seriously the idea that they’re attempting to screw with my genetics.

Here’s their advertising, claiming their vaccine constitutes an “operating system,” right from their own website: 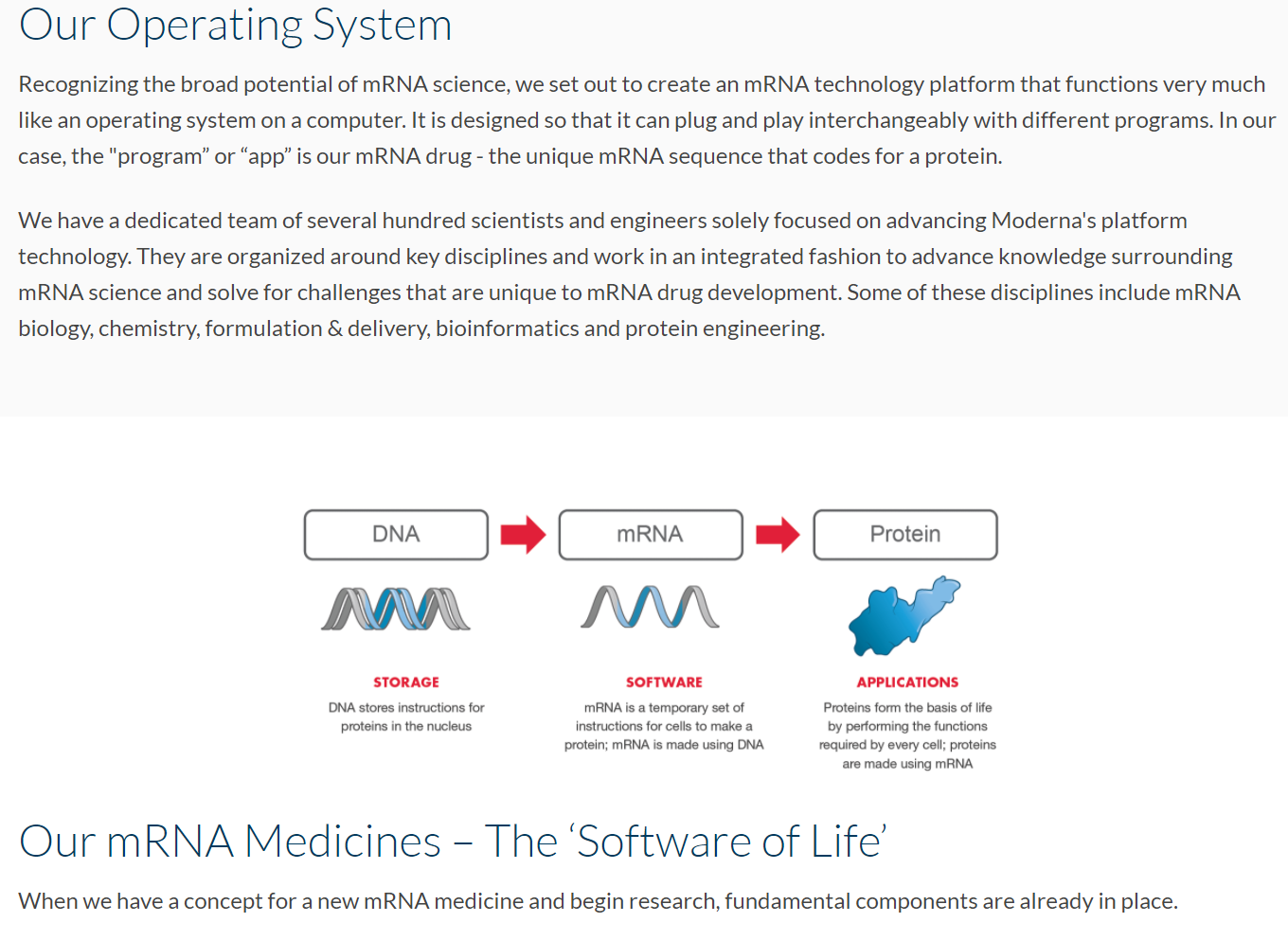 And when I see that in vaccine manufacturer Moderna’s own 2018 SEC filing, Moderna states: “Currently, mRNA is considered a gene therapy product by the FDA,” I have to conclude the goal is to modify our genes, or, at least, they’re modifying the way our body expresses those genes, from a natural way to an unnatural and completely manipulated way.

So, is it a “conspir 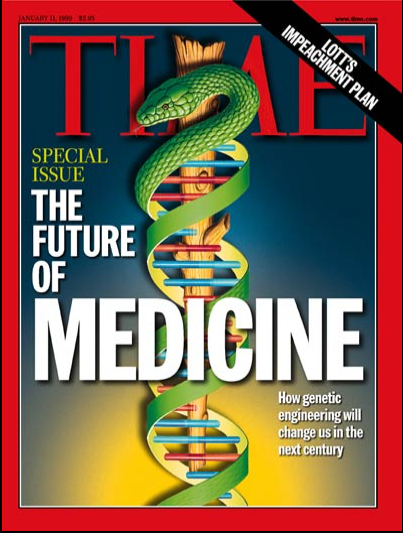 acy theory” that they’re using the vaccine to genetically modify people?  Read their own words again, and decide for yourself.

And keep in mind they’ve been bragging about their abilities to genetically manipulate our bodies for years.  To the left is a photo of the cover article from Time magazine, back in January 1999, explaining how “genetic engineering will change us over the course of the next century.”  Note the serpent being used to designate our DNA.

Whitey’s Refusal to Vaccinate Is Prolonging the Pandemic

Even the New York Times is joining in with the “get whitey” campaign, claiming that refusal to take the vaccine among “White Evangelicals” is what’s going to end up “prolonging the pandemic.”

This little bit of psychological coercion is designed to pit the vaccinated against the unvaccinated, as a means of polarizing the issue — pressuring the white unvaccinated masses to take the jab or be forever marginalized in society by those who have already taken it:

You see, it truly is whitey they’re targeting with all of this propaganda.  White male conservative Christians, specifically.  And they’re using tactics straight out of Con-Artist Marketing 101, to do so.

So, ask yourself this:

Why are they keeping Christian churches shut down, nationwide, but not supermarkets, Walmarts, Home Depots and other so-called “big box” stores that have thousands or even tens of thousands of customers per day traipsing through them?

Why are they arresting Christian pastors for holding church services?

It’s simple.  It’s because the powers-that-be see Christians – largely white male conservative Christians – as the enemy that needs to be subdued and jabbed with their new genetic “operating system.”

This is how bad it’s getting, folks:

Since they’ve already identified evangelical white conservative males as the group most resistant to taking the vaccine, they’re now running the following propaganda campaign all over the internet, with virtually no proof whatsoever for their assertions:

The idea behind this pathetic attempt at psychological coercion, of course, is to scare white men with the idea that if they don’t get the vaccine, and they end up with COVID-19 because of their “vaccine hesitancy,” they’ll be reduced to living the remainder of their lives with a limp shrimp instead of a stout trout.

In short, the whole thing is one great big psy-op – a psychological con of immense proportions which has been designed to herd people like cattle (specifically white male conservative Christians) into getting the experimental “vaccine” for a minor flu that has a 99%+ survival rate for most folks.

Now, I must ask you, in light of all of this, what the hell could be in that “vaccine”? What makes it so damned important to the powers-that-be to specifically target the western Christian white male population with it?

It makes me think of the genetic hybridization that was going on in the first six or eight verses of Genesis chapter 6, when the fallen angels came to earth and mated with the daughters of Adam, creating grotesque half-human, half-angel hybrids.  It is these unnatural genetic freaks who would later become the “gods” written of in early Mesopotamian, Greek and Roman cultural literature.

Of course, our heavenly Father was forced to destroy them – entire cultures of them – because they were such unnatural genetic misfits they threatened the sanctity and survival of His People Israel, as well, ultimately, the survival of His entire human creation.

The bottom line, for me, is that the powers-that-be can stuff their vaccine where the sun don’t shine.  I don’t care how they sell it, or who they sell it to.  I just know they won’t be selling any of it to me.

How about you?  How easily do you fall for reverse psychology, scarcity tactics and mass marketing psyops?