The First National Day of Thanksgiving to God Almighty 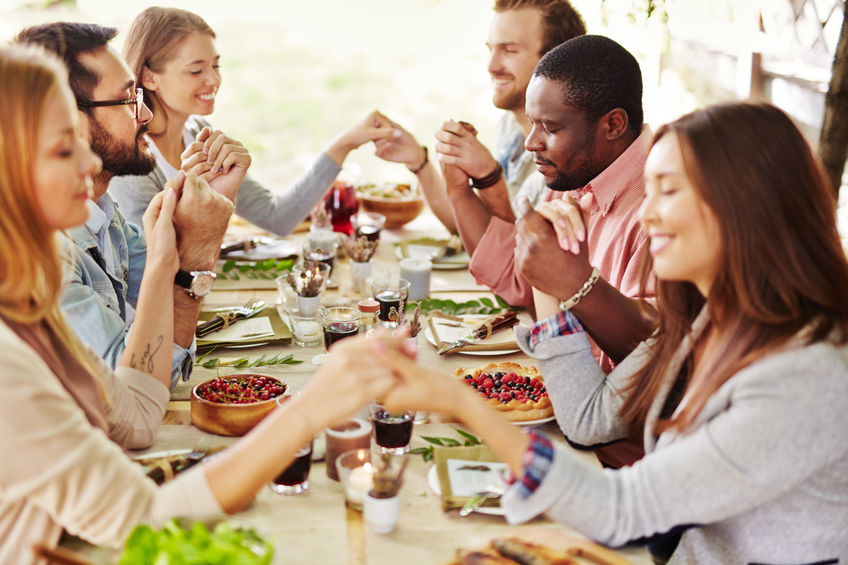 We all know the story of the first Thanksgiving, which was celebrated by the Pilgrims in New England, in October of 1621.

But did you know that the first national proclamation of Thanksgiving was given by the Continental Congress in 1777 from its temporary location in York, Pennsylvania, while the British occupied the national capital at Philadelphia?

Delegate Samuel Adams created the first draft of the proclamation, and Congress then adapted the final version.  Take a moment, and read it. Note carefully how Godly these men were:

“For as much as it is the indispensable Duty of all Men to adore the superintending Providence of Almighty God; to acknowledge with Gratitude their Obligation to him for Benefits received, and to implore such farther Blessings as they stand in Need of:

And it having pleased him in his abundant Mercy, not only to continue to us the innumerable Bounties of his common Providence; but also to smile upon us in the Prosecution of a just and necessary War, for the Defense and Establishment of our unalienable Rights and Liberties; particularly in that he hath been pleased, in so great a Measure, to prosper the Means used for the Support of our Troops, and to crown our Arms with most signal success:

It is therefore recommended to the legislative or executive Powers of these United States to set apart Thursday, the eighteenth Day of December next, for Solemn Thanksgiving and Praise:

That at one Time and with one Voice, the good People may express the grateful Feelings of their Hearts, and consecrate themselves to the Service of their Divine Benefactor; and that, together with their sincere Acknowledgments and Offerings, they may join the penitent Confession of their manifold Sins, whereby they had forfeited every Favor; and their humble and earnest Supplication that it may please God through the Merits of Jesus Christ, mercifully to forgive and blot them out of Remembrance; That it may please him graciously to afford his Blessing on the Governments of these States respectively, and prosper the public Council of the whole:

To inspire our Commanders, both by Land and Sea, and all under them, with that Wisdom and Fortitude which may render them fit Instruments, under the Providence of Almighty God, to secure for these United States, the greatest of all human Blessings, Independence and Peace:

That it may please him, to prosper the Trade and Manufactures of the People, and the Labor of the Husbandman, that our Land may yield its Increase:

To take Schools and Seminaries of Education, so necessary for cultivating the Principles of true Liberty, Virtue and Piety, under his nurturing Hand; and to prosper the Means of Religion, for the promotion and enlargement of that Kingdom, which consisteth “in Righteousness, Peace and Joy in the Holy Ghost.

And it is further recommended, That servile Labor, and such Recreation, as, though at other Times innocent, may be unbecoming the Purpose of this Appointment, be omitted on so solemn an Occasion.”