The Rise of the Religious Left — Liberation Theology in Disguise 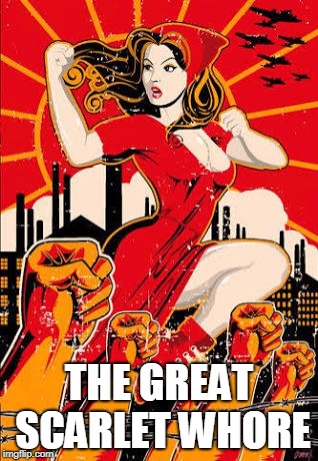 (Opinion) A recent news article in the Guardian detailed what they referred to as the “rise of the religious left” in America.

The article largely focused on the work of the “Reverend” William Barber whose organization, known as the “Poor People’s Campaign,” is “mounting a multi-faith grassroots challenge to the dominance of the Christian right, in an attempt to recapture the moral agenda.”

In other words, the guy is running a quasi-religious organization dedicated to convincing poor people that they’re getting the short end of the stick … that conservative Christians are at fault … and that uniting against them is the only way to achieve “social justice” and “equality.”

His “Poor People’s Campaign” is said by the Guardian to be “in ascendency,” gaining more and more converts among the left, including members of the Women’s March, the labor movement and other liberal and socialistic organizations, along with members of other religious faiths that are at odds with conservative Christians.

“Jesus set up free healthcare clinics everywhere he went. He healed everybody and never charged a leper a co-pay.”

Barber claims conservative faith leaders have “cynically” interpreted the Bible’s teachings “to demonize homosexuality, abortion, scientific facts and other religions.” As a result, he claims, conservative Christians are guilty of “theological malpractice” and “modern-day heresy.”

In other words, the “Reverend” is a pro-homosexual, pro-abortion, pro-evolution pseudo-Christian who seeks to syncretize (i.e., blend) political Marxism and a plethora of humanistic-oriented religions with Christianity, under the banner of “social justice.”

To that end he’s recently called for “40 days of civil disobedience and protest against inequality, racism, ecological devastation and militarism,” resulting, so far, in hundreds of arrests of his followers in Washington, DC as he led chanting marchers towards the White House.

Barber states that his campaign’s short-term goals are repeal of the Republican tax cuts, increased federal and state minimum wages, a ban on fracking, and implementation of universal single-payer healthcare (i.e., socialized medicine).

His campaign’s long-term goal, he says, is to turn the national conversation back to what he calls the “core teachings” of the Bible, i.e., “Care for the poor, heal the sick, welcome the stranger.”

In other words, he’s pushing for increased welfare, socialized medicine and expanded immigration — all under the banner of doing the work of Christ.

Where have we heard all of this before?

While Barber says he’s patterning his campaign on Martin Luther King’s original “Poor People’s Campaign” of the 1960’s, in reality it’s cleverly patterned after Liberation Theology, a movement which first started in Latin America in the 1980’s.

Under Liberation Theology, Jesus Christ is portrayed as a communist liberator of the poor standing up against their rich “free market” oppressors. Poor and largely uneducated Christians are targeted by communists and roped into the movement after being told that their poverty is a direct result of being taken advantage of by the rich, who, they claim, are protected by the modern church.

Liberation Theology was designed by hard-core communists as a means of infiltrating Christianity and turning the Gospel of Jesus Christ into a call for civil disobedience and eventually armed revolution against the so-called “oppressors of the poor.”

Of course, no mention is ever made by the leaders of Liberation Theology that communism’s founders actually disdained the poor, and only used them to help achieve their true goals of global communist enslavement.

In reality, the purveyors of Liberation Theology haughtily and derisively refer to their impoverished followers as the Lumpen proletariat, a term which means the unskilled working people of dubious benefit to society, i.e., what Russian communist revolutionary called “useful idiots.

No mention is made by Liberation Theologists that well over 100 million of the world’s poor have been led to the slaughter under the banner of communism since its inception in 1917.

Liberation Theology, from its inception, was designed to corrupt and utilize Christianity by blending it with cultural Marxism in order to make the rise of communism easier to achieve throughout the world.

As a blend between Christianity and socialistic humanism, Liberation Theology is in direct violation of God’s Word, which tells Christians not to become entangled with unbelievers (such as communists and their humanist followers) but to instead remain separate from them, or risk separation from God as a result (2 Corinthians 6:14-18).

Liberation theology is essentially envy-based communism being ushered in under the banner of liberal Christianity, ultimately resulting in global socialism with a quasi-religious flavor.

The bottom line is that Liberation Theology is rearing its ugly head once again, this time right here in America.

It’s nothing particularly new, of course, as liberal Christian churches — so-called “social justice” churches that perform homosexual marriages, ordain transgender pastors, etc. — have quietly embraced it since its inception in the 1980’s.

What’s more, luminaries like Jane Fonda and other ultra-liberals who now claim to be “Christian” have embraced it, as well, albeit under other names (one writer called it “Christianity with an asterisk”).

And now Liberation Theology is becoming a national movement in this country, under the so-called “Reverend” Barber and his “Poor People’s Campaign.”

The frustrations and anxieties of the poor are being taken advantage of in hopes of turning the countries “poor and huddled masses” into a juggernaut against the free market, conservative politics and true, Bible-based Christianity.

Watch for this trend to grow over the months ahead.  As I explained in my Bible study, Knowing Good and Evil: Satan’s Occult, Alchemical “Great Work”, the blending of opposites is being implemented with great rapidity on this earth.

The goal of this “blending of opposites” is to transform the globe into Mystery, Babylon the Great, the Mother of Harlots and Abominations of the Earth, in anticipation of Satan’s soon-coming arrival in his role as the false Christ.

The rise of Liberation Theology — the blending of Christianity with cultural Marxism (now known as “social justice”) — is just one more facet of this transformation that will ultimately end in the rise of the great scarlet whore (symbolic of socialistic religion) of Revelation 17:3-6.