The War Against Alex Jones 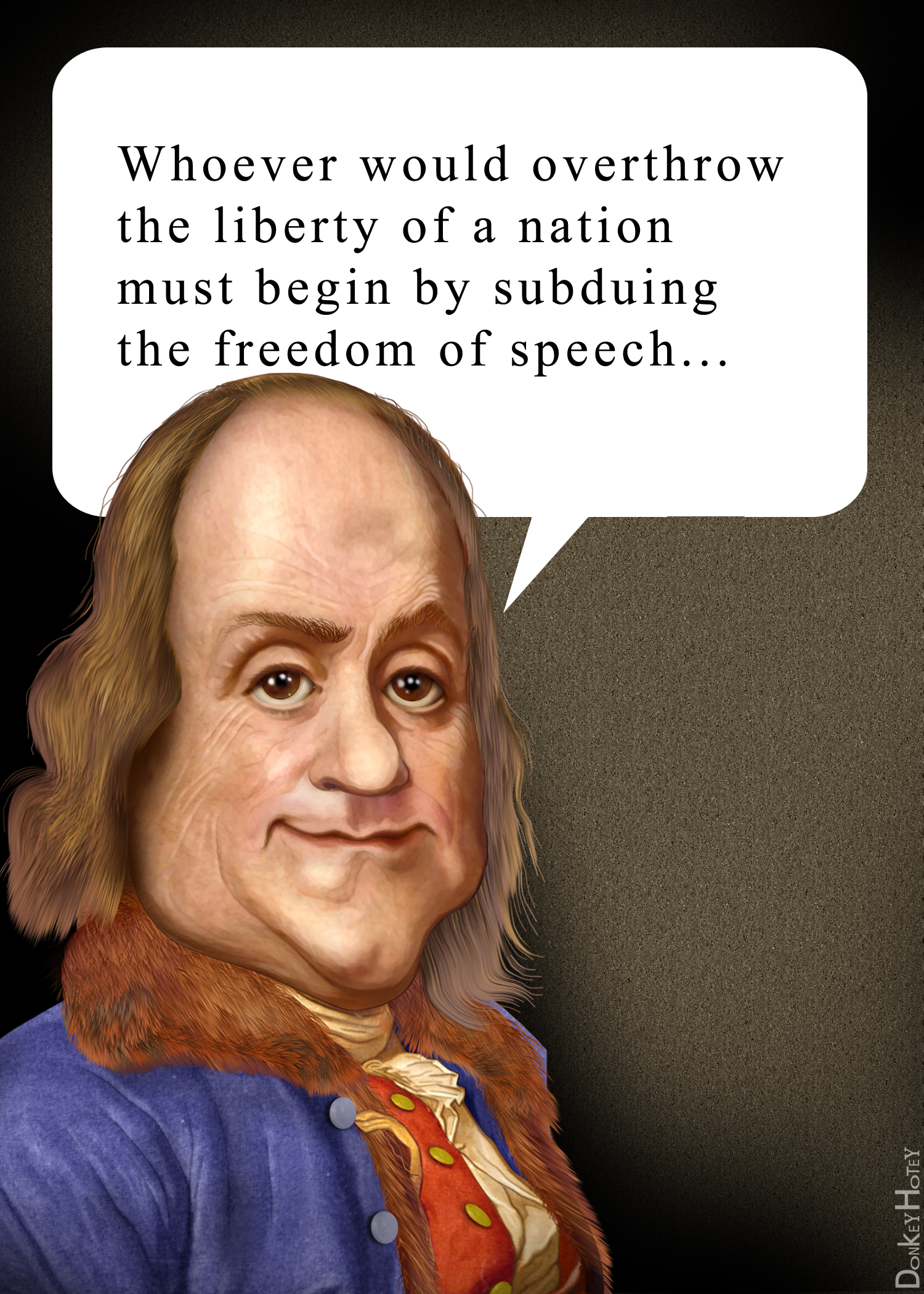 I’m not a big fan of Alex Jones. But I’ll defend his right to free speech any day.

So when in the short space of two days the man is banned from YouTube, Pinterest, Facebook, Apple, Google and even from sending emails to his audience of millions through MailChimp, then you know there’s a concerted and coordinated effort going on to deny him his right to free speech.

The Original Premise of Social Media

The original premise of social media was to vastly enlarge the marketplace of ideas, and give voice to those who had no traditional media platforms like newspapers, magazines or TV through which to express their views.

But it was a trap. A massive trap.

Now that everyone is absolutely addicted to social media, its true purpose comes looming through: Censorship of conservative, Christian, pro-liberty and America-first ideals, under the guise of “stopping hate.”

Of course, “hate” is basically defined as anything the politically correct “social justice warrior” crowd dislikes. If they have “feelings” against it, they want it banned.

So just about any words that come forth from you through social media can be interpreted as “hate” if they’re in opposition to the new morality.  And that so-called “hate” can now get you cut off from the rest of the world.

Folks, as Jon Rappoport points out in the articles below, Alex Jones is just being used as an high-profile example.

He’s being crucified as a “hater” to demonstrate to the rest of us that we’d better get in line with the new politically correct morality, or be marginalized, demonized and destroyed.

If you’d like to read what Jon Rappoport has to say, here are the links to his three-part series on Alex Jones:

But you’d better defend his right to say what he believes, because next YOUR right (and MINE) to say what we believe will be under fire.

The Real Reason for the Censorship

Several years ago someone filmed former National Security Adviser and globalist Zbigniew Brzezinski complaining before an audience of globalist elite that just as the powers-that-be had reached the point where they felt they could implement one-world global control, they’d run into a roadblock called “social engagement” (i.e., social media-driven education of the masses) resulting in a massive and unprecedented “global awakening.”

He warned his audience of global elitists that worldwide people were becoming more and more aware of what’s really going on in the world, behind-the-scenes, and that the resistance against one-world control by the globalist elite was building to the point he felt their plans world control were being severely threatened.

That should give you the background you need in order to understand why someone like Alex Jones, and many others now, are now suddenly being denied public platforms from which to reach the awakening public.

And that should also give you the background you need n order to understand why social media has suddenly reversed course and shifted from being a platform to increase public discourse, boost free speech and enlarge the marketplace of ideas, to one in which “free speech” is being restricted to the point that only the views of the “progressive” politically correct crowd are being allowed.

The powers-that-be simply want complete control. And they’re determined not to allow the general public to become so educated to what’s going on behind-the-scenes that they stand up and revolt en masse against it.

Today it’s Alex Jones whose views are being censored.  Tomorrow it could be you, me, or your favorite preacher who refuses to cave in to political correctness and instead teaches boldly and without fear or favor to anyone.

Think about that.  Let it really sink in, because the censorship of conservative, Christian and patriotic voices is in full-swing, and it’s only going to grow worse.  And much faster than you might think.

In Old Testament times, when God sent the prophet Jeremiah to prophesy before His people in Jerusalem, telling them to repent or face the wrath of God through the Babylonian army, the powers-that-be in both the political and religious spheres ridiculed him, marginalized him and demonized him as a traitor to both God and country.

And when the powers-that-be saw they couldn’t stop Jeremiah from preaching the truth, they threw him into a deep, muddy well, and let him sink up to his armpits in the mire in order to cut off his voice from the outside world.  (See Jeremiah chapter 38.)

If it weren’t for Ebedmelech the Ethiopian, who bravely went to the king of Judah in private and begged for Jeremiah’s life, and subsequently rescued Jeremiah from that well, the prophet Jeremiah may well have starved to death.

Today, the powers-that-be don’t need to throw you into a well to shut you up.  They can simply flip a switch and cut you off from all contact with the outside world.  No Facebook.  No YouTube.  No social media channels at all.  No websites.  No email.

After all, the progressives and “social justice warriors” want only their voices to be heard, just as the wicked Judahites of Jerusalem wanted only the voices of their false prophets heard.

What can we do?  We can be more like Ebedmelech the Ethiopian, and raise our voices against this travesty while it’s still not too late to put a stop to it.