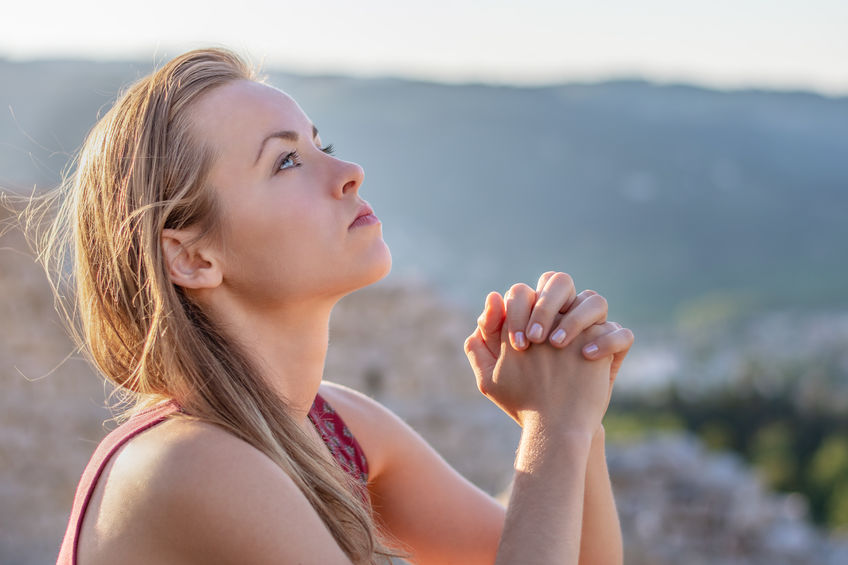 Not too long back I wrote a commentary titled The Slow Motion Overthrow of the Western Christian Moral Order.

In that commentary, I gave recent example after example of how Christianity — which has been the western world’s foundational moral order for the past 2,000 years — is now being overthrown before our very eyes, largely by secular forces.

In a later commentary, titled A Christian “State of the Union” Address, I gave myriad more examples of how the western Christian moral order is being overthrown, and replaced by a secular order based largely upon death and perversion.

Now, two more pieces of bad news bear all of that out.  Let’s take a look:

According to the news article at the above link, the number of Americans who identify as having no religion has risen a whopping 266% since 1991.

In a sense, statistically speaking, you have one-third Catholic, one-third Evangelical and one-third who no longer profess any religion.

I find that very interesting, considering the fact that the book of Revelation tells us:

Rev 8:10  And the third angel sounded, and there fell a great star from heaven, burning as it were a lamp, and it fell upon the third part of the rivers, and upon the fountains of waters;

Rev 8:11  And the name of the star is called Wormwood: and the third part of the waters became wormwood; and many men died of the waters, because they were made bitter.

Of course, we know from Revelation 17:15 that in the Bible, waters are symbolic of “peoples, and multitudes, and nations, and tongues.”

In other words, in the very end days, as the trumps of God begin to sound, a full one-third of the people of this world abandon belief in God and His Word (verse 10), becoming bitter toward anything truly Godly (verse 11), resulting in one-third of the earth’s spiritual light being diminished (verse 12).

Of course, we also know that in the first age, in heaven, one-third of all of God’s angels got swept up in Satan’s rebellion against the throne of God, ultimately causing the establishment of this flesh earth age we now dwell in. As it’s written:

Rev 12:3  And there appeared another wonder in heaven; and behold a great red dragon, having seven heads and ten horns, and seven crowns upon his heads.

Rev 12:4  And his tail drew the third part of the stars of heaven, and did cast them to the earth: and the dragon stood before the woman which was ready to be delivered, for to devour her child as soon as it was born.

And finally, we know that the one-third of God’s children who fell to Satan’s deception in the first age are on this earth now, in the final days of this flesh age, most of whom will be spiritually slain (i.e., deceived) by Satan once again, when he arrives in his role as the false Christ.  As it’s written:

Rev 9:15  And the four angels were loosed, which were prepared for an hour, and a day, and a month, and a year, for to slay the third part of men.

Rev 9:18  By these three was the third part of men killed, by the fire, and by the smoke, and by the brimstone, which issued out of their mouths.

In other words, having abandoned God, this “third part” of God’s children have made themselves susceptible to Satan’s lies, through which they’re slain, spiritually.

Don’t get me wrong.  These things have not yet happened.  But from the news, you can see how close we’re getting.

Happening in Britain, Too

And it’s not just happening here in America.

Our British cousins are in sad shape, as well, with less than half of all self-professed Christians living there no longer believing that Jesus died on the cross and rose again for our sins.

Yes, according to the above news article, a BBC poll has found that fewer than half of people who identify as Christians in the U.K. — a mere 46% — believe Jesus actually died and rose again for the forgiveness of sins.

The good news is that 82% of U.K. Christians who attend church regularly still believe in Christ’s death and subsequent resurrection.

It’s only when you add in the non-church attendees among those who identify as “Christians” that the numbers become much more dismal.

Nevertheless, we can see clearly why culture-watchers now refer to the “post-Christian west” when they speak of western civilization.  Christianity is no longer the powerhouse it used to be.  It’s no longer the foundational moral order of the west.

Indeed, our western leaders have become morally corrupt and perverted.  And many of them have actually become promoters of the occult.  Meanwhile, our largest commercial enterprises now deal in Satanism and pedophilia.

And of course, the Scripture told us it would be this way, in advance.  As it’s written:

2Ti 3:1  This know also, that in the last days perilous times shall come.

2Ti 3:2  For men shall be lovers of their own selves, covetous, boasters, proud, blasphemers, disobedient to parents, unthankful, unholy,

2Ti 3:3  Without natural affection, trucebreakers, false accusers, incontinent, fierce, despisers of those that are good,

2Ti 3:5  Having a form of godliness, but denying the power thereof: from such turn away.

2Ti 3:6  For of this sort are they which creep into houses, and lead captive silly women laden with sins, led away with divers lusts,

2Ti 3:7  Ever learning, and never able to come to the knowledge of the truth.

Western culture has certainly been moving into the above-described arena for a long time now.  Which, of course, tells us we’re growing closer and closer to the time of Jacob’s trouble, which is to say, the great tribulation of the antichrist.

The moral boundaries are being removed, faster and faster now.  The people are becoming self-centered instead of God-centered.  And the world is ripe for the arrival of that false one.

And its all the more reason to keep your Gospel Armor on, and in place, at all times, that you might be able to “quench all the fiery darts of the wicked.” As it’s further written:

Eph 6:10  Finally, my brethren, be strong in the Lord, and in the power of his might.

Eph 6:11  Put on the whole armour of God, that ye may be able to stand against the wiles of the devil.

Eph 6:12  For we wrestle not against flesh and blood, but against principalities, against powers, against the rulers of the darkness of this world, against spiritual wickedness in high places.

Eph 6:13  Wherefore take unto you the whole armour of God, that ye may be able to withstand in the evil day, and having done all, to stand.

Eph 6:14  Stand therefore, having your loins girt about with truth, and having on the breastplate of righteousness;

Eph 6:15  And your feet shod with the preparation of the gospel of peace;

Eph 6:16  Above all, taking the shield of faith, wherewith ye shall be able to quench all the fiery darts of the wicked.

Eph 6:17  And take the helmet of salvation, and the sword of the Spirit, which is the word of God:

Yes, it’s the “wiles of the devil” (verse 11) that are causing today’s apostasy from the Christian faith to accelerate.

And of course, we know from II Thessalonians 2:1-4 that once Satan arrives to this earth in his role as the false Christ, that apostasy becomes stratospheric, for the vast majority of people will indeed accept and embrace the false Christ and his lies.  As it’s written:

As you can see from verse 3 above, the “falling away” (i.e., apostasy, in the Greek, which means “a defection from the truth”) directly precedes the arrival of that “man of sin, the son of perdition,” meaning Satan in his role as the false Christ.

And what happens when that man of sin arrives to this earth, and heals the deadly wound on the Temple Mount at Jerusalem?  Let’s see what’s written:

Rev 13:3  And I saw one of his heads as it were wounded to death; and his deadly wound was healed: and all the world wondered after the beast.

We’re getting closer and closer, folks.  So keep your eyes and ears open.  Watch for the events in the Middle East that you already know usher in the end.