What Went Wrong With Western Christianity? 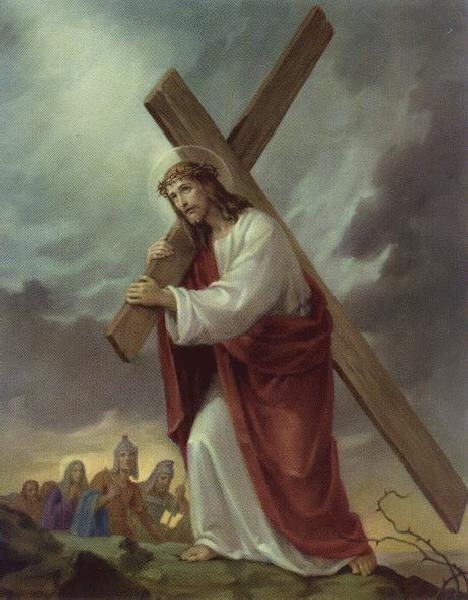 It’s my belief that one of the main reasons Western Europe is being overrun by an alien culture and religion known as Islam, at the direction of the false Jews, is that Christians no longer take seriously Christ’s command to “Go ye into all the world, and preach the gospel to every creature.”

According to new research conducted throughout 15 different Western European countries, most people who call themselves “Christians” on that continent no longer bother to practice their profession of faith.

Those 15 countries are the very countries that used to be referred to as the “western Christian nations,” beloved.  And in times past, they boldly carried out what was known as The Great Commission, which is to say, the taking of the Gospel message to the world.

But they’ve now been conquered by the false religions of science, humanism, atheism, agnosticism, Islam, Judaism and other religions.   And that’s because they gradually gave up on being Christian conquerors themselves.  They fell to the politically correct notion that preaching the Gospel is not only no longer necessary, but is an embarrassment.

And of course, if you’re embarrassed over Christ and His Gospel, then Luke 9:26 automatically kicks in, “For whosoever shall be ashamed of me and of my words, of him shall the Son of man be ashamed, when he shall come in his own glory, and in his Father’s, and of the holy angels.”

Even among Christians in Western Europe who do profess a belief in God’s Word and say they try to practice it, it’s abundantly evident they don’t understand the simple fact that Gospel message is part of the spiritual conquest theology of Jesus Christ, with the point of that conquest theology being to boldly and decisively take the Gospel message to the world and use it to convert them.

In other words, Christians are not supposed to be passive nor dispassionate in their evangelism, but instead, are supposed to be “more than conquerors” through Jesus Christ by unceasingly bringing the Gospel message to the rest of the world.

But instead of being conquerors carrying forth the cross of Christ to the rest of the world with unstoppable courage and determination, Christians throughout Western Europe, and now throughout Canada and America as well, have become little more than pew potatoes.

To them, fulfilling the “Great Commission” revolves around going to church on Sunday, and rushing home afterwards to catch the big game on TV.

What’s more, as the western Europeans have demonstrated, sitting in a pew every Sunday for decades at a time inevitably becomes boring.  So there are many Christians today who don’t bother to attend church at all, or if they do, it’s mainly as a social function and not an opportunity to learn how to spiritually conquer the world through Christ by carrying forth His Gospel message.

In other words, in terms of the carrying forth of the Gospel message — i.e., fulfilling The Great Commission — Christians have thrown up the white flag of defeat, completely forgetting that Christ also stated, “And whoever does not take up his cross and follow after me is not worthy of me” (Matthew 10:38).

So what’s the point, under such circumstances, of calling oneself “Christian”?  Frankly, there’s no point.  No point at all. 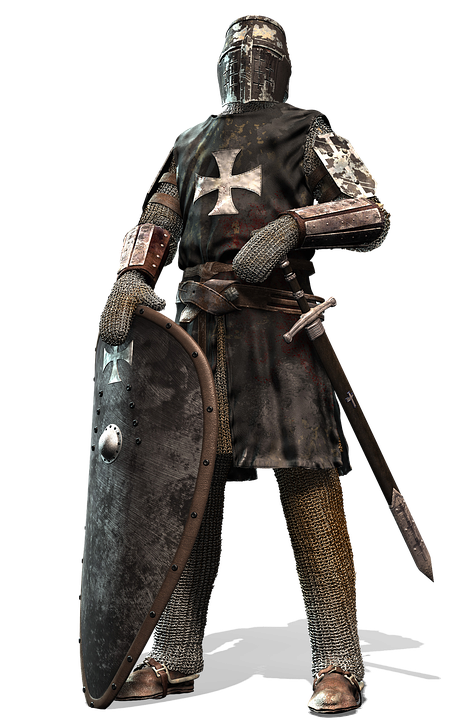 That’s one of the reasons I wrote the Bible study Taking and Holding Ground: a Gospel Message, which explains in simple terms what the conquest theology of the Bible is, and how to implement it.

But why should you, as a faithful practicing Christian, learn about the conquest theology of the Bible and how to implement it?

Simple.  It’s because every other major religion has a conquest theology of its own.

And if you’re not practicing the conquest theology of the Gospel of Jesus Christ, then you’re fair game for theirs, because the other major religions are relentless about conquering Christianity and turning it into a vassal religion.

I’ve said it over and over and over again:  In this flesh earth age we now live in, we’re operating behind enemy lines.  And we have a job to do here.  That job is to take the Gospel message seriously enough to boldly carry it forth to others.

What’s more, our God is a “You asked for it, you got it” kind of guy.  If you don’t want to practice your own religion by carrying forth the Gospel message to the unbelievers, He’ll give you someone else’s religion to practice.

It might be the religion of “science,” or the religion of humanism, or some altogether foreign religion.  But conquered you will be, for the simple reason you gave up being a conqueror.  You turned your back on His command to “Go ye into all the world, and preach the gospel to every creature” and to “Take up your cross and follow Me.”

By that I mean, when He sees you’re no longer carrying out the Gospel mission — the Great Commission — but have become a mere pew potato, or worse, He’ll allow the enemy to conquer you.

Covert and Overt Conquerors

Today, our two main enemies practicing their own form of conquest theology are a covert one, and an overt one.

The covert enemy is composed of the false Jews of Revelation 2:9 and 3:9 and their supporters who cleverly hide their acts of conquest through their control of the four hidden dynasties of politics, education, economics and religion.

They conquer through implementation of humanism and the institution of politically correct policies in society, which gradually negate God’s Word.

The overt enemy is composed of the radical Islamics, who, rather than working clandestinely, work openly and with raw, brute force to conquer Christianity.

There are other enemies, as well.  But those are the two main ones, both of which operate under the direction of Satan himself.

Unfortunately, what’s happened in Western Europe in the final generation of this flesh earth age is, today, gradually, but inexorably, happening throughout Canada and America as well.

Christianity is indeed being conquered through the means I’ve described above.  Indeed, in many ways Christianity is being slowly ground under the heels of its enemies.

Sadly, most Christians today don’t even realize that Christ has enemies.  And that’s because the vast majority of Christians neither understand the conquest theology inherent in the Gospel, not its purpose, nor choose to learn it and practice it.

They no longer realize this is spiritual warfare.  And they no longer take up their cross.  And thus they are no longer of any value to the Father and His Christ.

They simply don’t realize we’re engaged in a long-term spiritual warfare, and we’re expected to man the front lines and “fight the good fight of faith” the entire time we’re here on this earth, having “professed a good profession before many witnesses” (I Timothy 6:12).

So what about you?

If you haven’t done so already, consider reading the Bible study, Taking and Holding Ground: a Gospel Message.  You might be surprised at what you learn about the Gospel mandate and the true meaning of The Great Commission.

And you have to present that message boldly, decisively and without fear or favor to anyone.  And if you think “Jesus saves” is all there is to the terms of the Gospel message, you’re sadly mistaken.  You’ve been in the pew way too long, when you should have been in your Father’s Word, instead.

So are you up to the task of learning the New Testament message of spiritual conquest through the carrying out of the Great Commission?  I’ll ask you the same question I ask of the western Europeans:  If not, why even bother to call yourself “Christian”?

And that’s because, in large part, we so-called “New World” Christians are gradually becoming as jaded and lazy and unbelieving as the Christians of Western Europe have become.

We’re helplessly succumbing to the conquest of outside forces, rather than holding the Gospel message up high and conquering those same outside forces with it.

We’ve forgotten our first love (Revelation 2:4), which is the Gospel message.  And we no longer understand that the Gospel is a message of unrelenting spiritual conquest.

It’s a kind-hearted conquest, yes.  And the terms are very, very generous.

But it’s conquest nonetheless.  And Christians need to learn the terms of that conquest so they can present those terms with the same boldness as the disciples of Christ who quite literally put their lives on the line over it.

Either learn to be a conqueror, or be conquered, beloved.  The choice is up to you.