Why Are Russia and Eastern Europe Now More Christian than the West? 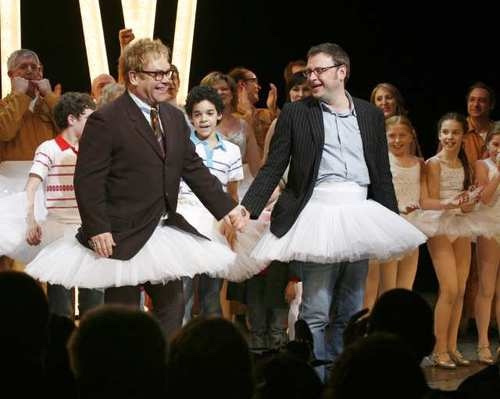 It’s extremely sad that the last bastions of traditional Christianity and Biblical morality are found in Russia and Eastern Europe, and no longer in the western Christian nations.

Indeed, as this news article about Elton John blasting Russia for refusing to cave in to the global homosexual agenda typifies, the west is quite literally working to push its fascination with perversion and its embrace of wicked sexual behavior onto Russia and Eastern Europe where abominations such as homosexuality and transgenderism are still deeply frowned upon and are considered to be wicked and ungodly.

Basically, the “Christian” west is trying to force the “evil” Russians and East Europeans to “go gay.”

The “Christian” west was once the spiritual “breadbasket of the world.” We sent more missionaries to more countries carrying the Bread of Life (i.e., the Word of God) than any others.  As the Christian west, we quite literally, and collectively, considered our job to be fulfilling the Great Commission:

Mark 16:15:  Go ye into all the world, and preach the gospel to every creature.

Now, instead of working to fulfill the Great Commission, the west sends homosexual emissaries with high media profiles to world capitals in order to berate the only countries left that refuse to cave in to the homosexualization and perversion of the planet, and the overthrow of God’s natural order.

In the west, we consecrate homosexual priests in our churches, and conduct homosexual “marriage” ceremonies and congratulate ourselves for being so “open minded” — something no self-respecting and God-respecting eastern Orthodox church (such as those in Russia) would even contemplate participating in.

What’s more, Christian colleges in the west are being denied accreditation, out of fear they might teach something “harmful” to homosexuals.

Even within the British royalty, homosexual marriages are now being allowed to take place (see here).

Local libraries throughout the west are hosting programs featuring drag queens and drag kings “strutting their stuff” to young children in order to sexualize and pervert them at an early age.

Throughout the west, transgenders are being encouraged to become priests, in an effort to further debauch the bride of Christ, which is supposed to be the Christian church.

God is even being taught as a “he-she” in churches throughout the west.

The United Nations is demanding the western Christian nations push “LGBT” education on children starting in kindergarten, and western schools are complying.

In short, the once-Christian west now normalizes and institutionalizes perversion, and then tells everyone else they’re at fault for not doing the same.

We tell the rest of the world they’re marching out of tune with the new morality.  We tell them they’re still clinging to the “old order” and refusing to embrace the new “humanitarian global order.”

Quite honestly, I never thought I’d see this take place in my day.  I thought I’d be long gone.

But the Scriptural prophesies must and will be fulfilled, and on God’s time-frame.  And the Biblical prophesies tell us that in the end, just before the Lord’s Second Advent, it will be once again like it was in Sodom and Gomorrah.  As it’s written:

Luk 17:28  Likewise also as it was in the days of Lot; they did eat, they drank, they bought, they sold, they planted, they builded;

Luk 17:29  But the same day that Lot went out of Sodom it rained fire and brimstone from heaven, and destroyed them all.

In the days of Lot, homosexuality and other forms of wickedness and perversion had been made as normal as eating and drinking, buying and selling, building and planting.

Perversion was considered to be ordinary and customary behavior — so much so that the people of Sodom even wanted to have homosexual sex with the angels who visited Lot and his family (Genesis 19:4-7).

And now, in the final days of this flesh age, the new “humanitarian order” is indeed enveloping the globe, just as it had enveloped Sodom and Gomorrah of old as examples to us of the disastrous end result.

Intense pressure is being brought upon Russia and other eastern Orthodox Christian nations to cave in and start “going along in order to get along.”

We’re constantly told “communism” is what makes Russia our enemy.  Well, I’m not taking up for the Russians.  I don’t know that much about their political ideologies since the fall of the Berlin wall and the dismantling of the communist Soviet Union.

But I do know Russia and other eastern Orthodox Christian nations are being demonized and portrayed as our enemy today, not because they retain some kind of latent communist ideology, but instead, because they won’t play ball with the emerging New World Order and “go gay.”

In other words, they’re being demonized because, unlike the west, they’re still clinging to God’s natural order while we in the west are dismantling it and substituting a new humanistic order.  As it’s written of the first stage of one-worldism in Daniel chapter 7:

We should be deeply ashamed of ourselves.  As a people, we should be repenting and turning back to the godliness that once helped make the Christian west great.

We can still do so individually.  We can refuse to allow such perversion into our personal lives.  And we can refuse to participate in or even remotely embrace or accept the collective normalization of perversion that’s taking place all around us.

We can stand our ground, as Christians, and work to maintain our Father’s Word in all things in our own lives.

Nevertheless, the Scriptures will be fulfilled.  And you can see it happening even now, because men’s hearts have been darkened by Satanic deception.

If you’d like to learn more about why God’s natural order is being overthrown and replaced with a new global order centered around perversion, see the Bible study Lucifer: the Divine Androgyne, Ancient God of the Modern Transgender Movement.

But if you haven’t done so already, I recommend first reading the Bible study, Knowing Good and Evil: Satan’s Occult, Alchemical “Great Work” in order to get the full background.